The Michigan native took a circuitous path to Major League Soccer, establishing himself in the Norwegian top flight before landing with the Columbus Crew. 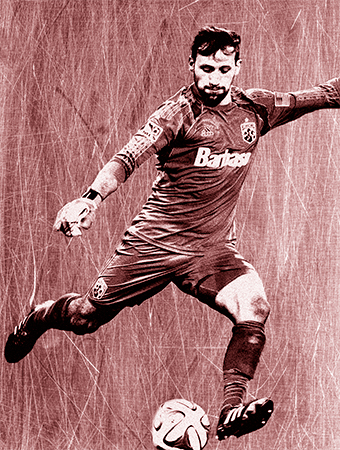 I always played on the playground. I would just go in goal and people would rip shots all recess, so that was what I did until I started playing third grade soccer with a team.

[no answer; Clark has yet to make an appearance for the United States.]

That’s a really good question—I really admire people who are extremely technical. I have to work for my technique, but some guys are beautifully technical players.

The great thing about soccer is I have friends all over the world now.

Beating Michigan State in the first round of the NCAA Tournament in 2007.

Being relegated last year in Norway.

Federico Higuain is quite good, Michael Parkhurst is good. There are a couple of players also in Norway.

We played [FC Dnipro Dnipropetrovsk] from Ukraine in Spain one year and they were just lights out.

I’m still trying to figure that out.

I think just trying to enjoy every moment in the day-to-day life of when you’re a player with the ups and the downs because it is going to be over before you know it.