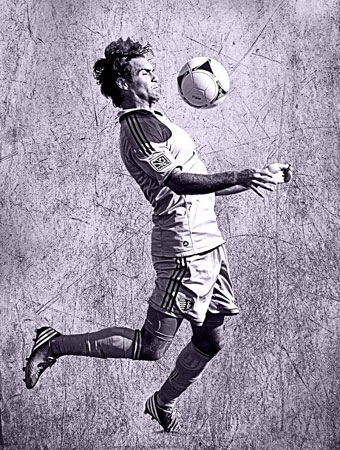 Playing for my team the Little Lions when I was four years old. We won the league championship on PKs.

It was very exciting. The first time for any player is an honor and the emotion of it is pretty high.

The ability to play calm under pressure.

I don’t have one.

The toughest opponent was Manchester United.

I would work for NSCAA.

Obviously playing in the World Cup is huge. But success can be measured in other ways. It depends on the person.