The well-travelled Texan, who signed with PSV Eindhoven at 19, shares some wisdom—and a fascinating alternative career revelation. 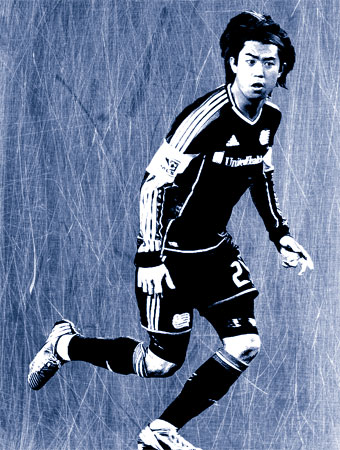 It was amazing. It was a rush. It was in San Jose and all my family and friends came out. It was an amazing experience.

I would say hard work and dedication.

(Laughing) I guess, not being able to back it up.

A lot of hard work. When I was young, I put in a lot of work on days that I wasn’t training with my club team—just by myself or with my Dad—and I think that paid off.

Just my defensive qualities, I guess. Being able to play two ways better.

My Dad is definitely one of them. And Hassan (Nazari), my first club coach (at the Dallas Texans). He groomed me when I was little and he was the one I took advice from growing up on where to go to college and stuff like that.

Man, that’s a tough one! I keep in touch a lot with my high school coach. I still talk to him a lot, so him and my Dad.

Not being able to win a championship when I was over in Vietnam. That was one thing I really wanted to win.

Don’t get discouraged. Don’t get down on yourself if you have a bad game. I’ve learned that there are a lot of games in a season and you do not win or lose a season just through one game.

Alex, the Brazilian defender. He’s at PSG right now. Definitely one of the toughest guys I’ve ever played against.

(Laughing) I think I would definitely be a rapper.

Ultimate success would be being happy with your career and being able to hang up the boots with no regrets.