The 2012 MLS Defender of the Year opens up about constantly improving and composure. 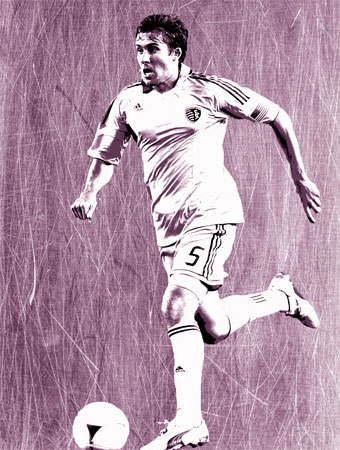 Playing 3v3 tournaments around the Midwest.

It was one of the best feelings I've ever had. It definitely made me want more of them!

Composure, especially in pressure-packed situations. It's something that can't really be taught. You either have it, or you don't.

I can't stand when a player argues every single call with the referee. It's okay to argue when you have to, but not every single play. Get on with the game.

I always need to improve, but specifically I'll choose my right[weaker]-footed long balls.

All of my coaches have molded me into the player I am. Youth, club, high school, college, professional.

All of my current teammates.

I'm not sure yet. I'll decide when I stop playing the game.

Graham Zusi. His talent is ridiculous.

[Besler did not answer]

Either a doctor (I have a pre-med degree) or serving my country.

Knowing you gave everything possible to help you and your team be successful. That's the only way to be content at the end of the day.