The central midfielder won every award imaginable at Notre Dame, including the 2013 College Cup, and has made a smooth transition to the professional ranks with the Chicago Fire. 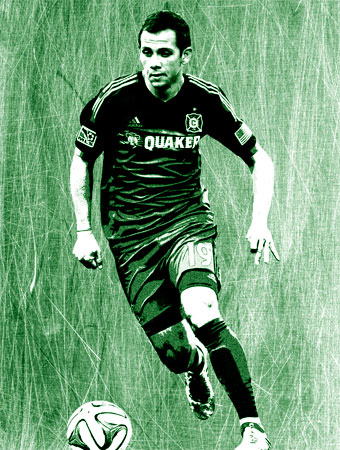 Not being allowed to cross midfield in some games during my first season of AYSO rec soccer because we were winning by so much.

[no answer; Shipp has yet to make and appearance for the United States]

The ability to stay calm on the ball in tight spaces.

Timing and execution of penetrating passes…take a strength and make it special.

Bobby Clark (coach of Notre Dame). He forces you to really think about the game more than anyone I’ve ever met.

Have a bunch but probably Dillon Powers.

The performance of our Fire team so far this year. Not even results, but the way we have played.

Helping to create a championship culture for an entire club.