Kansas City's well-traveled player on worshipping Ronaldo and working with Habitat for Humanity. 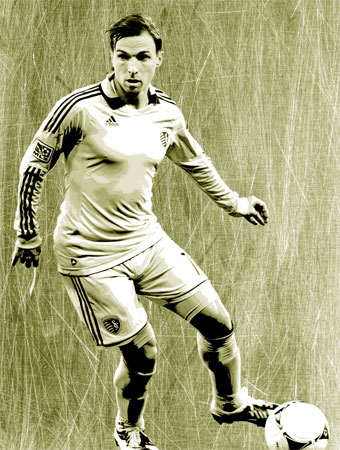 My earliest soccer memory is when I was playing on the same local team as my brother at Penn Academy where my dad was our coach at six years old.

My soccer heroes growing up were Ronaldo and Rivaldo from Brazil.

My first experience was in LA in front of 100,000 people playing against Mexico.

Skill and intelligence on the ball.

My family and my youth team coaches.

Starting in a World Cup game and playing in the Premiership.

Getting injured while playing in England.

Always try to enjoy yourself and work hard.

I would be working for Habitat for Humanity.

When you can look back and can be satisified with the work you put in.