The hard-working San Jose midfielder dishes on what makes him great. 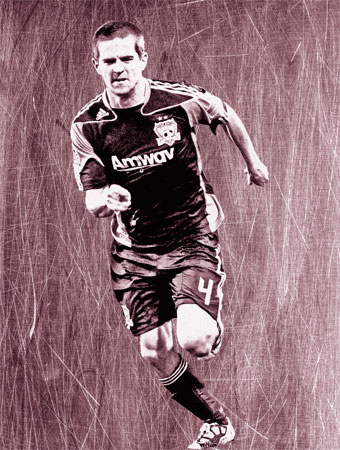 I have three brothers, and they all played. My dad coached when we were young, so I would play with them and chase them around.

I never had a true role model in soccer, but I would always watch games and take bits and pieces from guys here and there.

Guys who work for the team and that’s their first priority is definitely admirable.

Selfish players. Someone who is more concerned with their own awards and their own play than the success of the team.

I’ve been fortunate to be around good players and coaches since high school. I’ve been lucky to learn from them.

I wish I was a lot faster.

My parents. The lessons they’ve instilled in me since I was young have stuck with me and translated into me becoming a professional in the game.

I can’t pick one, but I have definitely made tons of friends.

Playing in the Gold Cup to get my first cap, as well as making the playoffs in 2010. Beating the Red Bulls was a pretty amazing moment.

To keep growing and working. If you keep working hard and moving forward then success will find out.

With the Earthquakes–playing with Chris Wondolowski, Alan Gordon, Steven Lenhart–and all the goals we’ve scored this season is very, very impressive.

I’d say Dwayne De Rosario. He’s proven in his time in the MLS that he’s a premier midfielder, and you always have to be aware of where he is or else he’ll hurt your team.

Luckily, I haven’t had to come up with an answer to that question yet. Hopefully I have a few more years in MLS before I answer that.