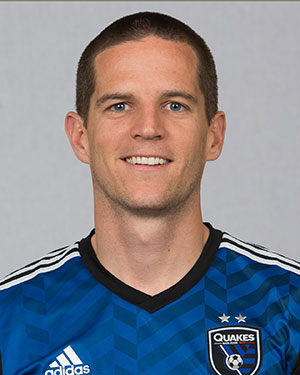 Sam Cronin is one of Major League Soccer's least noticeable players—at least at first glance. That is exactly how the 25-year-old midfielder likes to be known. "That's his style: to fly under the radar," McNeil Cronin, Sam's brother, told the Mercury News in 2012. He's done it well, but he's starting to gain recognition for his impressive ability to control a game without making a significant impact on the offensive end.

Cronin, a four-year player at Wake Forest, started his professional career with Toronto FC in 2009. He earned a call to the United States national team that year as well, making the Gold Cup squad and earning a cap in a 2-2 draw with Haiti. He returned to MLS and continued his strong play, but TFC traded Cronin to the Quakes for allocation money in the middle of 2010.

In San Jose, Cronin blossomed into a force in the midfield. He helped the team become the best squad in the league in 2012 as his play allowed the potent forward line freedom to attack. It wasn't all good, however. To date, Cronin is best known for the time David Beckham kicked a ball at him. The move started a skirmish between the Los Angeles Galaxy and the Earthquakes that was replayed ad nauseum. "I don't know what their guys were upset about," he said after the match. "I guess (it was) me taking a little extra time on the ground. I wasn't trying to waste time or anything. I was just getting up and getting a rest."

It was an ugly moment, one that vaulted Cronin into the national stage in a negative way. Going forward, you have to believe any time he's in the spotlight will be for a more positive reason. You might have to look hard to find him, though.—NOAH DAVIS