Last year's MLS Rookie of the Year talks about the importance of his time at Louisville. 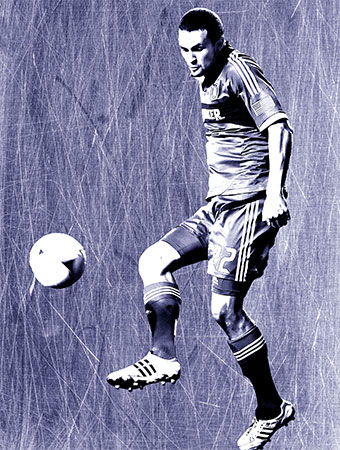 Making my select soccer team for the first time, the SESA Select, when I was in fifth grade.

I like watching guys who have really good technical ability.

Getting drafted was neat because I had all my family there with me. But I’m always looking for the next great soccer achievement.

Losing the National Championship in 2010.

“The most important lesson is to just get on with the play, whether it’s a good play or a bad play, always stay in tuned to the game and don’t relish on good or bad plays.

Arne Friedrich and Pavel Pardo—they’re the most talented guys I’ve played against. And Nick DeLeon.

Something in sports. All I thought about since I was young was that I was going to play sports. I never considered anything else. That’s all I ever thought about.

Just being able to put everything I have during the short time I get to play the game and pick up on as many lessons as I can to be able to use that in the coaching and training field after I’m done.