The Columbus Crew midfielder and former U.S. under-20 national team captain idolized fellow Midwesterner Brian McBride growing up, and it shows in his approach to the game. 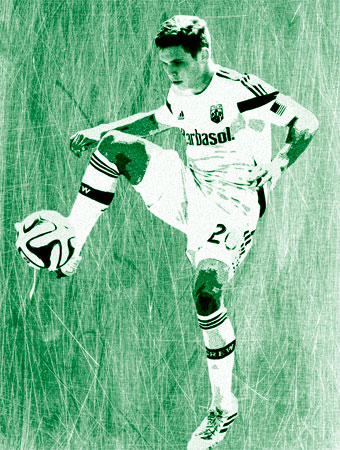 I think I was three years old, I was playing rec soccer. My dad was on the sideline screaming at me. It was just like 5v5, no goalies, so we were just running around. It was “bumbleball” as we called it.

I would say Brian McBride.

It was an under-14 inter-regional game in Disney, Florida. I was so nervous, I couldn’t have been more nervous. But I ended up playing well. I think I played right mid. I remember I called my dad right before and right after.

I think someone who makes it look easy.

I think someone who is always complaining.

I have a coach, Andy Uzomba, I met when I was six years old. I’ve worked with him the past 15 years.

I don’t think I have one closest friend. All my best friends growing up played so no one in particular.

Captaining the U-20s at the Under-20 World Cup.

Losing in the Sweet Sixteen my sophomore year at Akron.

There are ups and downs, but you’ve got to keep your highs low and your lows high.

That’s a tough one. Federico Higuain. Scott Caldwell was another kid I loved playing with.

In the U-20 World Cup we played against some quality, quality guys. Michael Bradley is another one. Paul Pogba.

Maybe something in the medical field.

You play at a high level as long as you possibly can and win as much as you can, while being a model pro to the younger guys and the guys around you.