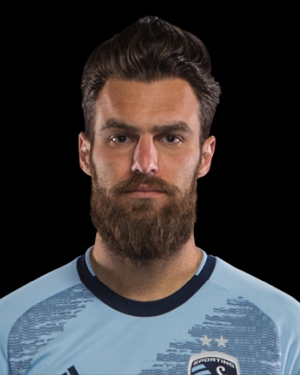 When folks in the American soccer community talk about the importance of college soccer because it’s a place for late-bloomers to develop, Graham Zusi can be Exhibit A of what they’re talking about.

Lightly-recruited out of high school in Florida, Zusi blossomed at the University of Maryland and helped the Terps to a pair of national titles in four seasons. Despite scoring the game-winning goal as a senior in the 2008 College Cup final, Zusi fell to 23rd in the ’09 SuperDraft, where Kansas City scooped him up.

His first two pro seasons showed little hint of a future U.S. international as Zusi started only nine games, combined. But in year three he finally blossomed, starting 25 games and in 2012 he led MLS in assists and became a Best XI player for two straight seasons while helping Sporting win the 2012 U.S. Open Cup and MLS Cup a year later.

Playing well for his club led to chances with the national team and by 2013 he’d displaced Landon Donovan as one of the starting flank midfielders in World Cup qualifying. (He also became an unlikely icon in Mexico – San Zusi - when his late goal against Panama in a qualifier in October of 2013 eliminated Panama and allowed the Mexicans to sneak into a World Cup playoff with New Zealand.) Zusi kept up his playmaking through the World Cup in Brazil where he set-up a pair of goals – the game-winner scored by John Brooks against Ghana and the go-ahead goal by Clint Dempsey against Portugal.

Zusi flirted with parlaying that production into a stint in Europe but instead signed a lucrative designated player deal with Sporting that will allow him to stay with the club that allowed him to bloom late. –BROOKE TUNSTALL

Klinsmann on Zusi:
"Graham Zusi left a very strong impression in the January camp." (May 2012)