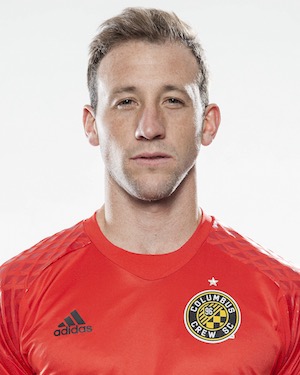 The American soccer landscape isn’t bereft of talented goalkeepers, but Steve Clark hasn’t let that—or anything else—dampen his enthusiasm to become a pro keeper. Clark has slowly risen up the ranks of the sport, from a college back-up to PDL to USL-1 and finally to Europe. It wasn’t quite as easy as it sounds, though. After leaving USL in 2009, Clark crashed in a buddy’s basement and scrimped together the cash to fly to England. After a few trials with moderate success but no contract offers, he went on to Norway, calling teams to offer his own services. He was able to latch on with Honefoss, and he’s established himself there as an athletic keeper who can make up for a sometimes less-than-stellar club in front of him. Reflecting on the hard work that’s been required of him on and off the pitch during his career, Clark told 90:00 Soccer, “I often got laughed at for how hard I worked and how serious I was about soccer in college, and now I say this quite often, 'I used to get laughed at by people and now they work in sales, and I live my dreams.'” He continues to be a master of self-promotion (see the highlight video he posted at the end of the Tippeligaen featuring Clark saves, the anguish of forwards he’s just robbed and a club-worthy soundtrack), but he’s starting to have others blow his horn as well. TV2, the Norwegian broadcaster, named Clark the league’s best keeper. Back at home, nobody is expecting Clark to displace players like Tim Howard or Brad Guzan, but there’s plenty of hope Clark gets a look as an option for January camps and Gold Cup rosters. "It's great for me to even be fielding," questions about playing for the national team, Clark told ASN. "For a long time, no one would ask me that. But it's what I train for every day. There's no guarantee for me even if I continue at this rate. There's a lot of good goalkeepers in the United States. I'm in a pool with a lot of really good guys. I look at it as a bonus. It's a motivation for me to keep pushing. I'm always pushing for it." —JON ARNOLD