The strong, speedy winger can't wait to score his first goal for the American team. It's coming. 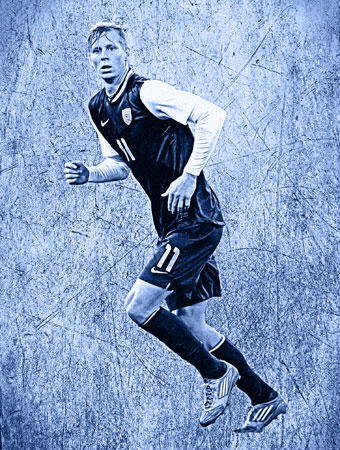 I was in my house kicking a ball in the kitchen and I told my mom I wanted to play this "soccer" sport.

I don't know, but my favorite player is Zlatan Ibrahimovic.

We were in Philly, and we were playing in the Union Stadium. We were playing Colombia. I was just excited to be there and hopefully get in. I ended up starting. I was still really nervous, but it was a good experience and it was fun.

Being able to run full speed with guys chasing you and still have the control and composure to find players or put it in the back of the net.

They are very stubborn.

Jurgen Klinsmann and myself [Laughs].

I have a couple. Probably Juan Agudelo, Eric Avila, or Dax McCarty.

Playing for the national team.

Not scoring for my country. Yet.

I'd be trying to play some other sport.

Playing for and scoring a goal for the U.S. National Team in a World Cup.