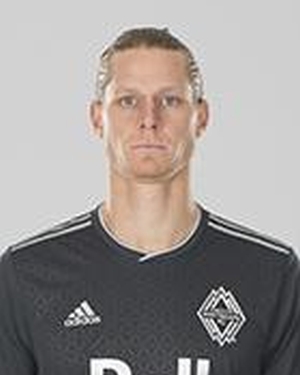 Brek Shea has the soul of an artist, both on and off the field. On it, the left-sided winger mixes his big body and deceptive speed with deft skills and a sense of creativity. Off it, he paints at his Left Foot Studios and otherwise lets his imagination run wild with a series of outrageous hairstyles. Shea, the first player born in the 1990s to suit up for the senior national team, uses his free spirit to his advantage.

He's been this way since joining the U-17 team in 2005. Shea was a fixture on the squad and later on the U-20 side while working his way into the rotation at FC Dallas. His versatility saw him earn minutes at forward, central midfield, and in the back for his club side, but Shea started to truly shine in 2010 when he was installed as a left-sided midfielder. He also made his first appearance on the U.S. national team that year, starting against Colombia in an October friendly.

The next season was even better both for club and country. Shea earned an MLS Best XI nod,while thriving under Jurgen Klinsmann. "I'm having a really good time playing with Klinsmann," he told Goal.com in September 2011. "Being around the guys is a lot of fun and I'm learning a lot. Hopefully I can continue to be called in. Each time I play I get more and more comfortable."

Shea started off 2012 more slowly—hampered by injuries and a suspension—and struggled to handle the expectations. Success came a little too quickly it seems, and he had to fight through the low point of his career. Klinsmann showed his faith in the player, bringing him to Mexico where the midfielder created a goal that led to the U.S.'s historic win in Azteca.

The Texan made a somewhat hasty move from FC Dallas to Stoke City and couldn't get settled, though Klinsmann continued to give Shea opportunities to shine. He's now on loan at Barnsley, where he's hoping Championship playing time will lead to a seat on the plane to Brazil. —NOAH DAVIS

Klinsmann on Shea:
"He's full of energy, he's creative, and he’s fast and has a good physical presence. He's one of the kids we are going to build over the next cycle." (September 2011)

“We have watched Brek during the last few months, and given his performances and some of the other issues we felt he should be on the standby list. He’s still a young player with a lot of talent, and also a lot to learn.” (May 2012)

"He went through an emotional rollercoaster and he didn't have himself under control. Schellas and I, we tried to look through all those elements, and we think he needs our support and the feeling that we're there when things get tough.... Brek has to learn to focus in and learn to become a full professional 24-7 and learn that the highest priority is what you deliver on the field and learn how to live off the field and he’s in the middle of that process. We coaches are responsible to help him in that process. We are happy to have him back and we’ll have a couple good talks over a few coffees and he’ll have to take care of it once he gets back to Dallas and improve on a daily basis.” (August 2012)