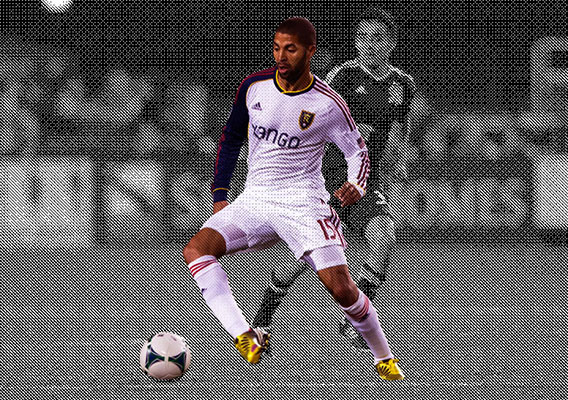 Michael Burns/isiphotos.com
BY MATT FISCHER
Costa Rica is the third-most successful country in CONCACAF behind Mexico and the United States, although the current crop is hardly the strongest unit. The country reached two of the last three World Cups, has won three regional championships—although none since 1989—and reached the quarterfinal of Copa America in 2001 and 2004. La Sele (The Selection) finished second in Group B of the semifinal round, losing twice to Mexico and drawing with El Salvador at home, but defeating Guyana twice and winning in San Salvador.

The team boasts a potentially potent attacking threat in Real Salt Lake's Alvaro Saborio, who leads CONCACAF in goals scored during World Cup qualification. Realistically, the team will likely aim to finish behind the United States in Group C but ahead of Belize and Cuba. If the knockout round falls right, the country could reach the semifinals and possibly make a surprise appearance in the final. 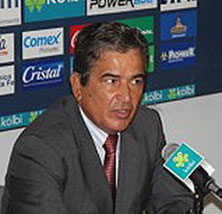 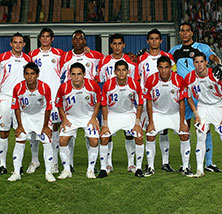 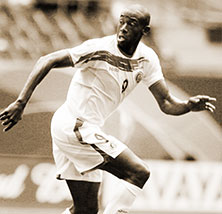 Jorge Luis Pinto is back for his second stint with the Costa Rican national team. His first go-round ended in failure as Costa Rica started qualification for the 2006 World Cup poorly and Alexandre Guimares replaced Pinto. But the man who took Costa Rican club side Alajuelense to first division titles in 2002 and 2003 is back again, having taken over over for Ricardo La Volpe in September 2011. Pinto also previously helmed his home country, failing to lead Colombia to the 2010 World Cup, and won the Venezuelan First Division with Deportivo Tachira during the 2010-2011 season. Costa Rica lost 1-0 to Brazil in the new manager's first match in charge, but he guided the team to a second place spot in the Hexagonal and has it looking good heading into the Gold Cup.

If you think this Costa Rican team will ease through the group stage the virtue of past strength in the region, think again. As a footballing power, Costa Rica has been gradually waning since winning the Hexagonal in the run-up to the 2002 World Cup. The Ticos did make the 2006 World Cup in a down year for CONCACAF, but finished fourth last time around and failed to get past Uruguay in a play-in. This version of Costa Rica shouldn’t really be considered a power, even by Central American standards. After winning three straight Copa Centroamericana tournaments, the Ticos have gone without a title since 2007, and have been supplanted by Honduras and, some would argue, Panama, as the power of the region. Colombian Coach Luis Pinto’s side plays an often-scrambled attacking style, relying on individual playmaking to create danger, a plan which all too often has failed completely. There’s talent enough in an aging-but-veteran side to cause problems for any team in the Hex, but Pinto may need to begin to infuse some young talent–especially the likes of Real Betis striker Joel Campbell–for inspiration.