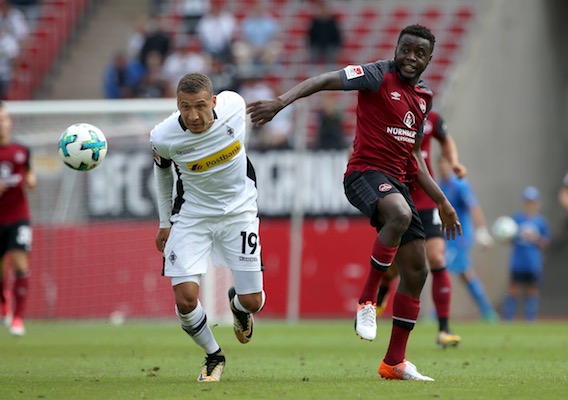 Costa Rica and Honduras are up next for Bruce Arena and the U.S. men's national team, and the stakes couldn't be much higher: Here's Brian Sciaretta's predicted roster for these two World Cup qualifiers.
BY Brian Sciaretta Posted
August 04, 2017
3:00 PM

WITH THE 2017 GOLD CUP done and dusted, the next time the United States national team assembles will be for a pair of crucial World Cup qualifiers in early September. Over the summer, head coach Bruce Arena had the chance to expand his player pool and September will offer plenty of data in terms of how he views the player pool.

So what will the qualifying roster look like? Arena will need a strong team as the U.S. is clinging to third place by just a single point. Also, with a home game against Costa Rica and an away matchup against Honduras just four days later, earning 4-6 points will be a challenge.

Here's my projected roster, with plenty of caveats and context.

It seems rather obvious that Tim Howard is the starting goalkeeper right now and Brad Guzan is the backup. The only real debate involves the No. 3 backstop. Ethan Horvath seems to be an interesting young option to bring along right now although the pecking order for the third goalkeeper spot seems wide open.

There are a lot of tough calls along the backline. At right back, DeAndre Yedlin is the top option but he is on the shelf for up to three weeks with a hamstring injury and it has never been clear who will back him up if all options are available.

Graham Zusi, Eric Lichaj, and Timothy Chandler all are in the mix but the fact that Zusi started the final two games of the Gold Cup probably gives him the edge. To be fair, though, Lichaj was in preseason form at the start of camp.

Chandler remains a mystery as he is yet to play for the national team under Arena and the shaky nature of his national team performances compared with his club status probably makes him risky at this point in time. For now it seems like Zusi is Yedlin's backup and if Yedlin can't go it will probably be Zusi and Lichaj on the roster. I don't see that pecking order holding much longer, but for now that seems like the reality.

Central defense is also puzzling in terms of backups. Geoff Cameron and John Brooks are the likely starters and Omar Gonzalez seems to have an edge over Matt Miazga, Matt Hedges, and Walker Zimmerman. On the left side of central defense, it seems to between Matt Besler and Tim Ream—and this is a very close call. Ream had the edge in the last set of qualifiers but Besler played well at the Gold Cup.

If Arena has plans to play with three central defenders again, like he did successfully at Azteca in June, then perhaps he will bring a fifth player at this position.

Left back is also interesting. Jorge Villafana is likely to make this team but he might not start. Arena could shift Fabian Johnson to the backline as a starter. Either way, Justin Morrow probably did not do enough to overtake the ageless DaMarcus Beasley who is having a very nice season with Houston.

There are not many spots up for grabs right now in the midfield. Michael Bradley, Darlington Nagbe, and Christian Pulisic are obvious locks. Johnson could end up lining up as a fullback even though he has only played in the midfield for Arena. Kellyn Acosta will certainly make the team despite a mixed outing in the Gold Cup final. Paul Arriola started a Gold Cup final and a qualifier at Azteca so it is hard to see him not making the team. Similarly, Alejandro Bedoya was given the armband at times in July so the odds of him being cut are slim.

That leaves one spot—likely for a defensive/holding midfielder to join Bradley and Acosta. Danny Williams is making a lot of noise right now as he signed a Premier League deal with Huddersfield Town and signs in preseason point to him being a starter. Meanwhile, Dax McCarty had an up and down July with the national team and is older than Williams. By the end of the Gold Cup, McCarty only saw mop-up minutes as a late-game sub. Jermaine Jones could also be a realistic option although Arena sounded dissatisfied with the Jones-Bradley partnership.

I think Williams has a very good chance at breaking into this team before the World Cup and the November friendlies (should the team qualify outright and avoid the playoff) will be a big opportunity for him if he starts strong with Huddersfield.

So far in World Cup qualifiers Arena has preferred to go with familiar options—he’s been successful with that approach so it’s hard to see him change. That probably points to McCarty being the likely candidate—for now. After qualifying, things could change quickly. If you go back to Arena’s first tenure as the national team coach, many players were added to the 2002 World Cup team who were not part of the team in September 2001.

If anything, the Gold Cup helped to resolve questions involving the pecking order of the forward position. Jozy Altidore answered a lot of questions and Clint Dempsey proved he could be a very effective option off the bench. Bobby Wood, if healthy, is clearly an important part of the team. Jordan Morris also seemed to move ahead of Juan Agudelo and Dom Dwyer for the time being.