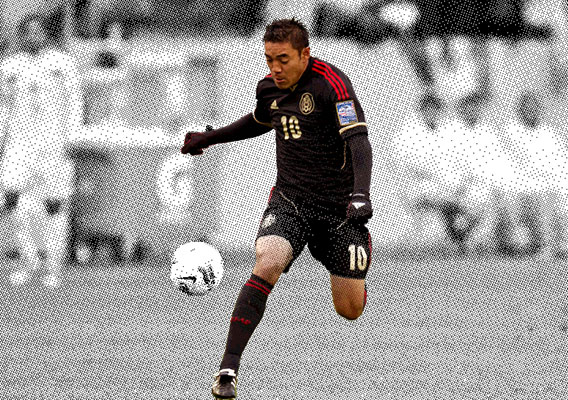 David Bernal/isiphotos.com
BY MATT FISCHER
Mexico is, without a doubt, the most successful team in CONCACAF and the biggest rival of the United States. El Tri lead the all-time series with the Americans 33-16-12, including a 4-2 thrashing at the 2011 Gold Cup final, and boast a 131-to-69 goal advantage. Mexico is also posting better results on the youth level, winning two recent Under-17 World Cups, reaching the knockout stage of the U-20 World Cup, and taking home the gold medal at the 2012 London Olympics. But the club has slipped up in recent months. Jose Manuel de la Torre's side hasn't lost during the Hexagonal, but it has barely won, either, posting a 1-5-0 record. The Confederations Cup didn't go much better, as Mexico failed to advance from the group. The squad has plenty of talent at all positions but lacks true veteran leadership. As a nation, Mexico needs to figure out a way to play better. Will the Gold Cup be the breakout? 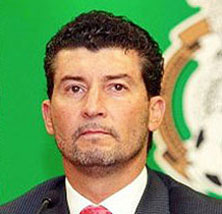 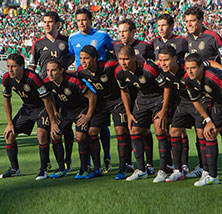 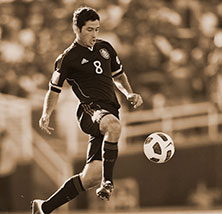 Jose Manuel de la Torre took over the top spot in late 2010, replacing interim manager Efraín Flores. The former attacking midfielder, "Chepo" to his friends and enemies, appeared in 28 matches for the national team between 1987 and 1992 and spent the majority of his 15-year playing career in Mexico after coming up through the Chivas youth system. He retired from playing in 1999, taking over as manager of his boyhood club in 2005. He led Chivas to a championship in 2006, and jumped to Toluca in 2008 where he won two more Liga MX championships. De La Torre won his Mexico debut 2-0 over Bosnia and Herzegovina in February 2011, then led El Tri to the 2011 Gold Cup.

Mexico is traditionally an attack-oriented team, but the injection of new blood from recent generations has transformed El Tri’s tactics from a rather one-dimensional-if-skill-oriented short passing game to a high-flying, fast-paced approach bolstered by a dizzying array of offensive options and world class athleticism. Nevertheless, de la Torre, considered among Mexico’s old guard, insists on deploying dual holding midfielders, slowing the attack down more than many El Tri backers might like. There’s sometimes something to the criticism. Despite impressive results under the manager, the team can sometimes look pressed for ideas with creative forces like Marco Fabian or Gio Dos Santos pushed out wide, without a central playmaker immediately behind the two-man front line.