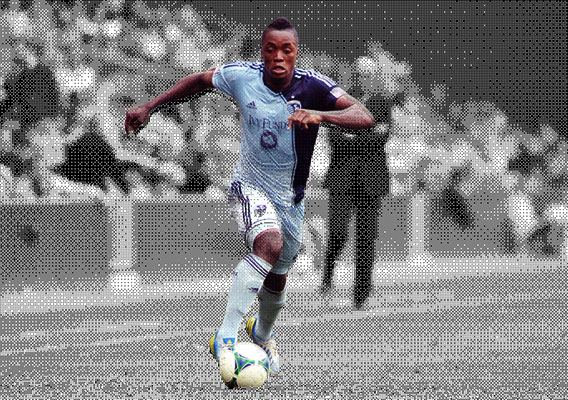 Bill Barrett/isiphotos.com
BY SAMUEL MINTZ
The last few years have been all about recovery in Haiti. A 2010 earthquake ravaged the country, killing an estimated 316,000 people. The national football team did not escape the tragedy, as approximately 30 of those killed were members of the Haitian Football Federation, including players, coaches, referees, and administrative representatives. The Federation’s headquarters even collapsed during the quake, killing members who were attending a meeting inside. This year’s Gold Cup will be the first major tournament for Les Grenadiers since the disaster, and is a huge step on the path to recovery for the team. Though the squad hasn’t won a game in 2013, it has had two hugely impressive results in pre-Gold Cup friendlies, drawing Italy and losing by only one goal to world champions Spain. They also finished third in the 2012 Caribbean Cup. Despite these promising recent results, it may find its group tricky, with Honduras and El Salvador both tough opponents and Trinidad and Tobago never willing to be ignored. 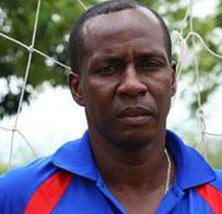 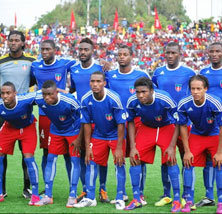 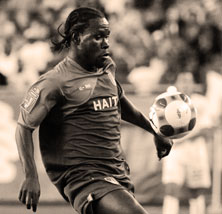 Israel Blake Cantero became the head coach of Haiti in May 2012. The Cuban international, who played for his country’s national team, including in the 1998 Gold Cup, is little known outside of the Caribbean. He has had a mixed beginning to his tenure, and Haiti hasn’t won a game since December. However, he did help lead the team to a third-place finish in the 2012 Caribbean Cup, eventually losing in the semifinal to his former team Cuba. "We are still evaluating our roster and strategy but I was very pleased how we performed,” he said after the recent close loss to Spain.

Haiti unsurprisingly adopted a fairly defensive formation against Italy and Spain. The 4-5-1 features one of the midfielders playing as essentially a stopper. Jean-Marc Alexandre filled this position successfully and could be called upon to provide the same kind of stability for the Gold Cup, though the opposition will be much less intimidating. Against Bolivia in another recent friendly, Haiti employed a much more attacking setup, playing a 4-2-1-3, with two holding midfielders, an attacking midfielder, and three forwards. When it plays with a sole striker, the team often relies on Kervens Belfort, who plays for Le Mans in Ligue 1. The 21-year-old has scored five goals in only 10 caps and looks to be the one of the most dangerous threats going forward for Haiti, along with the recently out-of-retirement Jean-Phillippe Peguero.