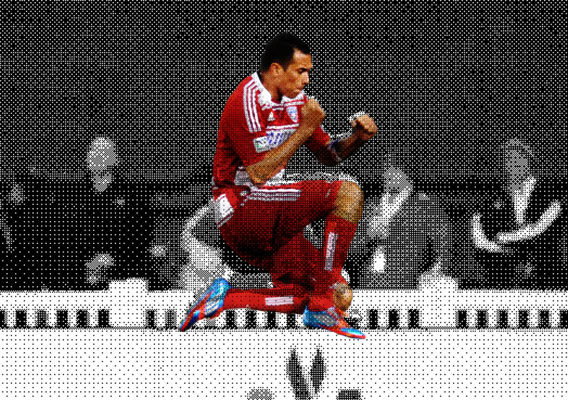 Jose L. Argueta/isiphotos.com
By MATT FISCHER
Panama doesn't have the most impressive soccer tradition. The country has never reached the World Cup, and barely has a history of making it as far as they have during the run-up to Brazil. But La Marea Roja (The Red Tide) is improving, now finding itself consistently in the top 50 in the FIFA world rankings. Panama nearly won the 2005 Gold Cup, falling to the United States on penalty kicks in the final, and achieved a best-ever qualifying result on the road to Germany 2006. The Panamanians lost in the second round of 2010 World Cup qualification after drawing El Salvador, but this time around finished second on point differential behind Honduras in Group C in the third round of 2014 qualification and sits in fourth after six matches in the Hex. At the Gold Cup, Panama will likely battle with Canada for second place in Group A. (Mexico should win the four-team mini-tournament.) The team finished second at the 2005 tournament and reached the semifinals in 2011, so success is not unprecedented. 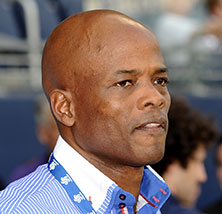 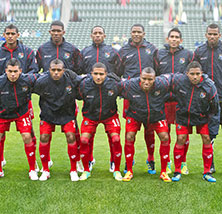 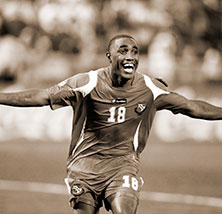 Julio Dely Valdes is one of Panama's most successful and famous footballers. The Colon-born forward played 32 times for the national team between 1990 and 2005, scoring 22 goals and figuring in the 2005 Gold Cup final. Valdes spent time on squads including Cagliari, Paris Saint-Germain, Malaga, and Uruguay’s Nacional. As a player, he won the UEFA Cup Winner's Cup and Uruguay’s First Division championship, and finished second in Ligue 1 twice. On the coaching side, he served as Panama's interim manager in 2006–also doing a stint with the U-17s and U-20s–before moving to Malaga as an assistant. His native country called again in 2010, as he replaced English-Panamanian Gary Stempel and oversaw the successful semifinal round qualification process.

Under former Panamanian international hero Dely Valdes, Panama is a united and tactical squad capable of giving any team in the region a tough match. Long a doormat of Central America, the Red Tide has evolved into a decidedly strategic bunch, looking to exploit their various (if limited) strengths in different ways, according to the potential vulnerabilities of opponents. Dely Valdes will often look to pack in and counter against more powerful opponents, relying on a defense led by experienced veterans Felipe Baloy and Roman Torres, as well as goalkeeper Jaime Penedo. Against lesser opponents, speed on the flanks becomes key as Panama does anything and everything possible to feed the likes of Blas Perez, an opportunistic striker who usually finds ways to score.