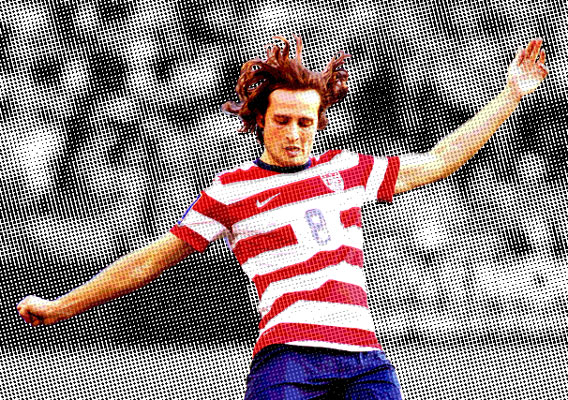 Craig Mitchelldyer/isiphotos.com
BY BLAKE THOMSEN
The United States will be looking to carry its considerable momentum from the month of June into the Gold Cup and will take the field on July 9th as the pre-tournament favorite. While the Americans should cruise into the knockout stage, winning the tournament may not be as simple. Whichever players Jurgen Klinsmann names in his starting XI will need to develop chemistry quickly, or else they may find bunkered-in opposing defenses difficult to break down. Aside from the obvious goal of winning the tournament—which has the added incentive of guaranteeing a spot in the playoff for the CONCACAF place in the 2017 Confederations Cup—Klinsmann will also use the tournament as a measuring stick for many of the fringe U.S. players hoping for a spot on the plane to Brazil. The combination of important games mixed with individual subplots should make the tournament a fascinating watch for American fans. 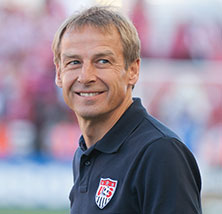 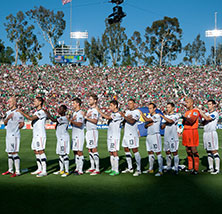 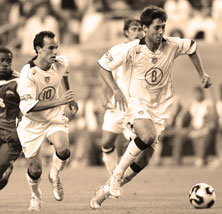 If Jurgen Klinsmann can guide the U.S. to the Gold Cup crown, his popularity will reach a thoroughly deserved all-time high. To do so he’ll have to strike the right balance of player development and evaluation with winning soccer. In the battle for many positions on the field, Klinsmann will have to choose between youth and experience. A veteran-heavy approach could see Clarence Goodson, Oguchi Onyewu,, and Kyle Beckerman play big minutes. On the other end of the spectrum, Klinsmann could see what he has with the likes of the less experienced Michael Parkhurst, Mix Diskerud, Josh Gatt, and Will Bruin. Only time will tell which direction he will go, but our money is on a youth movement with an eye on potential impact players in Brazil.

It is safe to assume that Klinsmann will be expecting his men to take the game to their opponents in the Gold Cup, especially in the group stage. How exactly that will be accomplished, however, is more difficult to predict and will depend largely on which players are fit and available. Klinsmann will certainly have options, though, and may find himself playing with ASN’s Starting XI tool throughout the tournament as he tries to settle on the ideal system. One has to think Philadelphia Union standout Jack McInerney will be on the field, as well as vets Landon Donovan and Stuart Holden. But then what? Klinsmann may opt for the pace and crossing prowess on the wings of Josh Gatt—if healthy—or even a rejuvenated Alejandro Bedoya, who has featured just once since an impressive 2011 Gold Cup under Bob Bradley. He could also deploy one or more of the U.S.’s exciting young playmakers, with Joe Corona, Mix Diskerud, and Jose Torres all pining for action in what would be a more buildup-heavy, possession oriented side. Up top, Will Bruin will be looking for a shot to try and wreak some havoc paired with McInerney in a 4-4-2. With the high probability that Klinsmann will use several different starting lineups, late substitutions could play a pivotal role in determining the outcome of games. Each and every player on the 23-man roster will need to be ready to go.