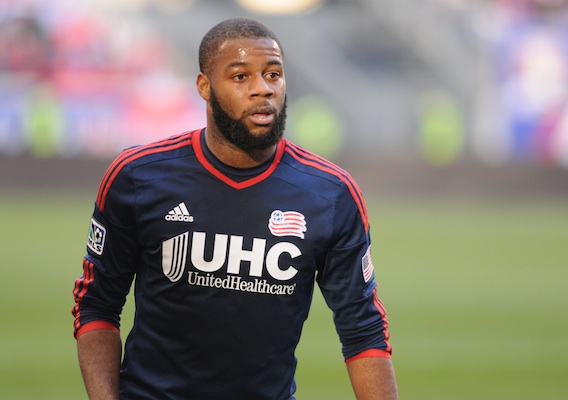 Andrew Farrell, a True Right Back, Fills a U.S. Need

Major League Soccer is not exactly overrun with great fullbacks, but New England's 22-year-old Andrew Farrell has shown enough promise to warrant a January call-up to the United States national team.
BY Brooke Tunstall Posted
December 23, 2014
1:01 PM
Editors note: A group of ASN staffers have created a 23-man roster for the January U.S. national team camp. We will be unveiling our proposed squad in the coming weeks and crafting arguments for every name on our list. WITH DEANDRE YEDLIN'S imminent departure for the English Premier League, the fullback options for the U.S. national team’s January camp continue to thin, especially among players who actually play fullback for their clubs. Experienced options for right back include Michael Parkhurst of Columbus (where he plays center back), Brad Evans of Seattle (who usually plays midfield there) and Dallas’ Zach Loyd, who spend most of last season as a central defender. But in terms of players who actually play right back day-in, day-out, there’s little in the way of experienced options—with apologies to Salt Lake’s Tony Beltran—which is why improving the domestic-based fullback depth should be a priority for Jurgen Klinsmann in the January camp.

One such player he should consider is the New England Revolution’s Andrew Farrell, 22, who has started almost every game of his two-year pro career at right back. Farrell’s combination of supreme athleticism and technical ability—honed while learning the game in Peru, where his parents were missionaries—made him the top pick in the 2013 MLS SuperDraft and the Louisville product has instantly justified that selection with 64 starts. Revolution staff say Farrell has demonstrated the most growth in his ability to read the game. “When he first got here he was relying on his athleticism and sometimes would get caught out of position,” club vice president Michael Burns, a former World Cup defender (who would have killed for half of Farrell’s natural gifts), said before MLS Cup. “He was kind of like a wild stallion at first. But his positioning, his decision-making on when to make runs forward, communicating with his fellow defenders, that’s really improved.” While comfortable on the dribble and technically adept, Farrell isn’t the greatest crosser—hence only one career assist. But he offers enough combining with other attackers going forward to make his crossing less of an issue, and his ability as a one-v-one defender is as good as any fullback in MLS. Admittedly, this is a weak position for the U.S. in the January camp and with a deeper pool Farrell might not make the cut. But the January camp is limited to domestic and Scandinavian players and Farrell showed enough in the Revolution’s run to MLS Cup to demonstrate he’s now among the top right backs in MLS and thus deserves a look from Klinsmann.