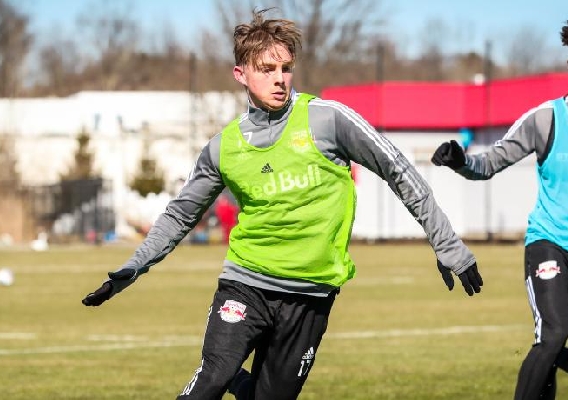 While being under contract at Celtic and being held in high regard within the U.S. U-20 team, Cam Harper felt he needed to make some bold decisions over his future and where he would develop. After weighing all the options, he has landed at the New York Red Bulls where he will look to breakout and perhaps open more doors - sooner than later. ASN's Brian Sciaretta spoke to the California native about his career path that brought him Harrison.
BY Brian Sciaretta Posted
April 01, 2021
1:10 PM

THE NEW YORK Red Bulls have been for many players in their careers. Tyler Adams, Matt Miazga, Tim Ream, Kemar Lawrence, and Michael Murillo are just a few of the players who enjoyed successful years in Harrison followed by moves to big clubs.  The team plays in a nice stadium, has made the playoffs 11 straight years including three Supporters’ Shield trophies, and is aligned within a network of powerful European Champions League teams. It makes sense why the club would be an attractive place for a young American player.

California native Cam Harper, 19, was considered one of the top players in the United States U-20 player pool for the 2021 cycle. Last fall, he was entering in the final year of his contract at Celtic and while the club wanted to sign him to a new deal, he wanted to ensure he was at an environment where he would be valued and was interested in his development.

Over the winter, Harper had options – both in England and in the United States – but the New York Red Bulls checked the most boxes. It wasn’t a move about coming to MLS or back to the United States, but it was more specific to the Red Bulls in how they play with a press and how provide a pathway to high levels for young players. In the end, the Red Bulls negotiated a price to land Harper before his Celtic deal expired in June.

“I was looking for somewhere I knew was going to be truly valued as a first team player,” Harper told ASN. “There were a few teams in MLS and a few teams in England. And I remember people thinking: ‘oh, he wants to come home to the US because he's homesick.’ I mean, I'm in New York. I'm still six hours from home - that doesn't make sense. But when I thought about Red Bulls and I spoke to [Sporting Director] Kevin Thelwell and looked how they played - plus you look at MLS now and you're looking at guys like Brendan Aaronson - these young guys, there are eyes on this league. They're getting opportunities to play first team and then they're getting opportunities in big leagues. Red Bulls was by far the best opportunity instead of going down to England and maybe playing another year of U-23s.”

“Some MLS teams will tell you: ‘we have a pathway,’” he added. “But you don't see the proof that the Red Bulls have. You see proof of guys starting here, getting a few years with first team and then either moving on to a better league or even staying here.” 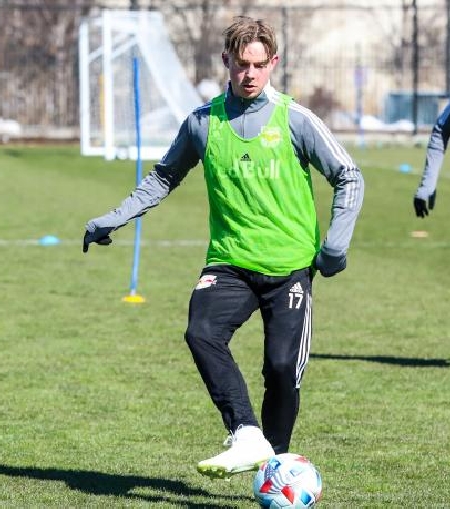 An explosive winger, Harper is going to be tasked with taking on defenders in 1v1 situations while also trying to win the ball back from opposing teams high up the field.

The club has certainly made a strong pivot towards going younger. Along with Caden Clark, one of the top American 2003-born players, and other players like Kyle Duncan, and John Tolkin, Harper makes up a promising young core of players that fit the model of club’s direction.

Last year the club hired Gerhard Struber from Barnsley but the Austrian coach has a long history with the youth teams of Red Bull Salzburg and will further streamline New York with the European clubs. Since joining, Harper has been impressed with how tight-knit the group.

“From what I've seen from the team so far - they are very, very good and I don't see why we can't go pretty far,” Harper said. “Definitely, there's a good spirit. I think that's one thing at Celtic that sometimes did lack, in terms of our reserves or our first team - there were kind of cliques and there wasn't a full togetherness. At Red Bull, everyone wants to work hard for one another. He's creating a real togetherness and a real spirit where, if you're not going to give 100%, don't even bother showing up type of thing.”

With the season kicking off in two weeks, Harper is ambitious and wants to be a prolific in his goals and assists explaining that he setting ambitious goals but falling short is better than exceeding meager goals.

Part of that stems from his time at Celtic, which Harper states was very beneficial for him despite an awkward ending. The 2020/21 season began well as the coaching staff made positive comments about him to the media, and he was making the first team bench. Harper believed that he would starting getting chances soon.

Once contract negotiations started, things started to take a turn for the worse. Aside from one first team appearance in January when many players had to quarantine, he was essentially not in the plans anymore.

“The contract talks started happening, there was no kind of agreement on anything,” Harper said. “When they shipped me back down to the reserves, that's when I got it tough because there's only a few guys there. There are about 5-10 guys there per day and people were out on loan. I would say maybe in September, it was getting pretty bad in terms of my place there. But I was still playing games, so it was it was OK... Leading up towards December, January, when I had a good idea about leaving, that's when it kind of got a little bit uncomfortable.” 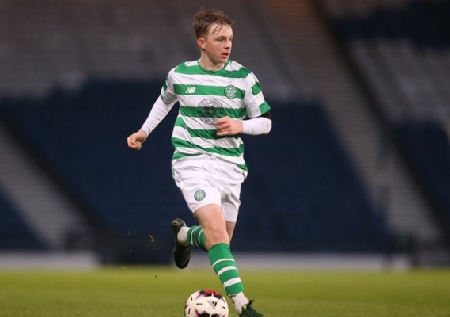 The positives at Celtic, however, were very important to Harper and prepared him well for the culture of the Red Bulls. Prior to leaving for Scotland, Haper was playing in the now defunct Development Academy with Pateadores SC. He eventually earned a deal with Celtic but when he arrived there, the intensity was on another level and it forced Harper to adjust.

“When I went there, I was 16, playing in the Development Academy in California,” Harper explained. “It wasn't even an MLS team – so, it wasn't too serious. Then to go from that straight to an environment where even at a U-18 level or U-23 we needed to win every game - it helped you become more serious. I realized I have to take my development very seriously if I really want to improve. That winning mentality, sometimes people can say: 'oh, it's about development over winning.' And I agree - but when you need to win every game, that's when you also develop because you can't just take games off.”

“Getting used to an environment where it's pretty cutthroat, is definitely going to help in terms of coming to a first team environment at Red Bull which is also very cutthroat,” he added. “Only the best 11 guys get on the field - so you want to be one of them.”

Back in Scotland, he followed the league more last season as several players of his 2001 birth year and U.S. youth teammates – such as Aiden Morris and Tanner Tessmann – began breaking through. 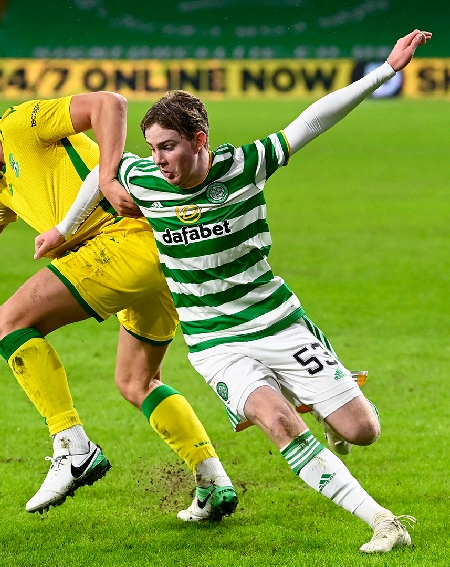 Of course, these are bittersweet days for Harper and players of that age group. While many are poised for continued breakouts in the 2021 season, most expected to be part of the U.S. U-20 team – which in recent years has served as a springboard for many players into the full national team. U.S. U-20 manager Anthony Hudson often spoke very favorably of Harper in interviews.

Harper remembers the moment on Christmas Eve when he learned that the 2021 U-20 World Cup was cancelled.

“I remember the exact moment,” Harper recalled. “I was sitting in George Square in Scotland. I just had dinner with my mom and then we're sitting down looking at the Christmas lights and it kind of came up on my Instagram feed that was called off....That's one thing I've been looking forward to the last year and a half is to play in a major youth tournament.”

Harper insists he is focused now entirely on the Red Bulls and acknowledges success under Struber will determine if, how soon, and at what level he returns to international play. But looking around at the players the Red Bulls have brought in, he is excited for the opportunity.

“There are a few youth national team guys they brought in or are coming through,” Harper said. “Sometimes it's important to have other youth guys with you. You feel more comfortable when you have guys like Caden [Clark] and people like that. It's pretty cool seeing that, especially knowing hopefully maybe in the next Olympics we could play together, maybe if things go right.”