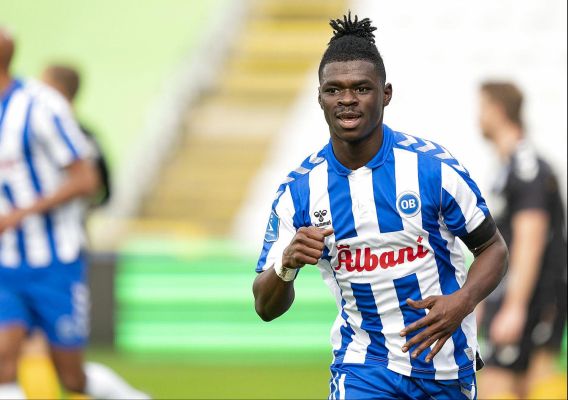 With an expanding role at OB, Sabbi striving to return to the international stage

After a move from Hobro to OB in the Danish Superliga, American winger Emmanuel Sabbi has found himself on an offensive oriented club that wants to push towards the top of the table. The Ohio-raised Sabbi hopes that this stage is a better place to possible win silverware and showcase himself for a return to the international stage.
BY Brian Sciaretta Posted
November 10, 2020
6:55 PM

THE NOVEMBER international window is here and that means that some players are either assembled with their national teams or are with their clubs preparing for the games that follow. Emmanuel Sabbi is one of the latter as he is currently in Odense, Denmark working with his club, OB, to prepare for the final five Superliga games before the league’s winter break.

Sabbi, 22, joined OB during the offseason on a free transfer following three seasons at Hobro IK. His time at Hobro was effective and he managed to be a key part of the clubs survival in the Superliga in 2018/19. But in 2019/20, the club was unable to avoid the drop to the second tier of Denmark.

Midway through the season, however, Sabbi announced he was going to be joining OB, a solid midtable team, in the summer of 2020. Thus far through eight games, he has done well – scoring eight goals and notching one assist that came off a direct throw-in from Sabbi during a 3-0 win over Lyngby. As of now, OB currently sits in eighth place in the Superliga 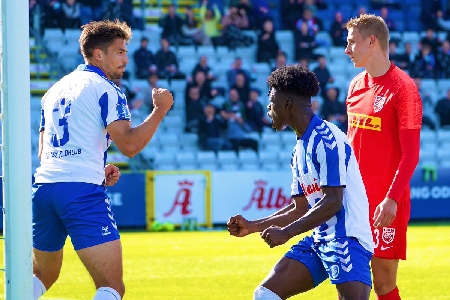 “The transition was smooth, though I would admit that the club comes with expectations,” Sabbi told ASN of his move to OB. “In Hobro I was use to making deep runs and using my speed and lots of defending, which definitely has helped get my game to the next level. Here at OB, we play behind the ball, find holes, read the game, positioning and transitioning both offensive and defensive.”

“I definitely had to make adjustments,” he added. “But it’s been amazing ever since, given the technicality added to my game since arriving.”

Sabbi’s numbers at Hobro were solid given its status as a small club. Last season he scored seven goals and added and assist. Over the past two Superliga seasons he scored 15 goals and notched five assists.

But OB plays a more attack-oriented style and Sabbi was brought into that system where he could be more of a difference maker. Naturally a gifted athlete, OB has worked closely with Sabbi to put him into the best situations to make an impact – that includes using him more at center forwards in addition his typical position on either wing.

It is not just OB as well, Sabbi believes that the Danish approach towards youth development helps players to better understand the tactical side of the game.

“Yes, I have seen a lot of improvement in my game,” Sabbi discussed. “OB has set up an environment that suits me and makes me flourish.  The players and coaching staff are working hard to get me involve to be effective and a game changer for the club. OB style of play has really enhanced my game given my offensive abilities.”

“I think Denmark is place that allows young players to grow and exhibit their talents and learn the game tactically,” he continued. “The league is very competitive and a lot teams give chances to young talents if they have the ability to compete.”

On the topic of international soccer, Sabbi is hopeful but also disappointed with his lack of involvement with the United States national team. The current roster for the U.S. team that is now assembled in Wales is very young and contains many European-based players who are still very new to the professional game – but Sabbi was left off.

Prior to the roster release, Sabbi was actually hopeful for a call-up but it never came. He knows U.S. manager Gregg Berhalter from the time he trained with the Columbus Crew while visa issues prevented him from joining Las Palmas in Spain – and Sabbi needed a place to train ahead of the 2017 U-20 World Cup. At the time Berhalter was the coach of the Columbus Crew – but that is the last time Sabbi said they spoke.

“I haven't had any conversation with Gregg Berhalter since my time training with the Columbus Crew ahead of the U20 WC. I actually had a good feeling that I would have received a call from him given how I’ve played since I arrived in Denmark.”

“I want to say a big congrats to those that were called. As a footballer we all look forward to a call-up to make a head way for our country,” Sabbi explained. “Yes, I was very disappointed. As a footballer your job is to work hard and play at the highest, I have worked extremely hard to be considered as part of this competitive pool, performing game in game out and to give myself that chance. Do I feel like I belong on the roster? Of course I do, I have been in form, I’ve gained a lot of experience, I've also had lots of first team minutes under my belt and I feel that I rightfully earned the call.”

Born in Italy to Ghanaian parents, Sabbi grew up and developed in the Columbus, Ohio area. It was there where he helped the Ohio Premier Soccer Club become one of the best youth teams in the country in 2014. Later he would join the Chicago Magic and make the United States U-20 World Cup team in 2017 while playing with Josh Sargent and Tyler Adams. 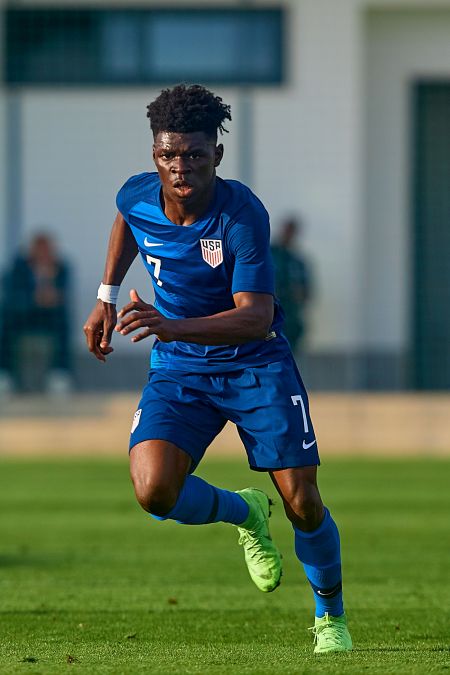 His last international involvement came a year ago for a U-23 camp in the Canary Islands where he did not feature. But with each passing month as he has an increasing impact in the Superliga, however, Sabbi is building a stronger and stronger case to return with the U.S. team. For now, if that is the U-23 team for Olympic qualifying or the Olympics next summer, he is fine with that as representing his country at any level is important.

“This is what we all work hard towards,” Sabbi said “I just need to keep working hard towards my career goals and be a better version of myself. At the end of the day, your work will speak for itself one day and that's what keeps me motivated…As a footballer whether seasoned or young and upcoming, your goal is to play on every international stage. My goal is to play at the highest level, in this case USMNT which would also essentially mean U-23 as well.”