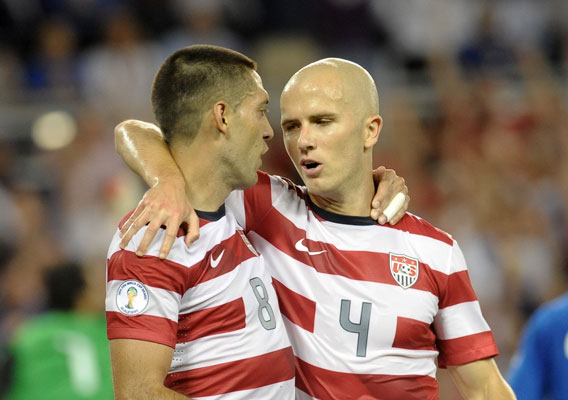 Who Is the U.S. Player of the Year? Our Analysis

The Futbol de Primera Player of the Year ballot features 25 names, and voters have to pick, and rank, the top three from that list. Here's an inside look at how ASN's editor in chief approached the vote.
BY John Godfrey Posted
December 06, 2012
5:45 AM
The 2012 Fútbol de Primera Player of the Year ballot arrived in my inbox a short while back, and I have to fill it out and send it in by Friday, December 7. Rather than doing so behind closed doors, I figured I would bring ASN readers along for the ride, give you a sense of my thought process, and provide you with the opportunity to tell me what an idiot I am. So let’s dive in, shall we? First, some background: * Created in 1991, the Fútbol de Primera Player of the Year Award is now in its 22nd year. You may remember it as the Honda Player of the Year award, but the automotive angle is now absent from the entire affair. (Same award, though.) * Voters include print, radio, television, and Internet journalists from across the nation. * Here’s the biggie, direct from the ballot: “The “Fútbol de Primera Player of the Year” award recognizes the best player on the U.S. national team who has played in at least three games during the calendar year. This year, 25 players have met this requirement.” Jozy Altidore
Kyle Beckerman
Carlos Bocanegra
Terrence Boyd
Michael Bradley
Geoff Cameron
Edgar Castillo
Steve Cherundolo
Joe Corona
Clint Dempsey
Landon Donovan
Maurice Edu
Herculez Gomez
Clarence Goodson
Tim Howard
Fabian Johnson
Jermaine Jones
Sacha Kljestan
Oguchi Onyewu
Michael Parkhurst
Brek Shea
Jose Torres
Danny Williams
Chris Wondolowski
Graham Zusi