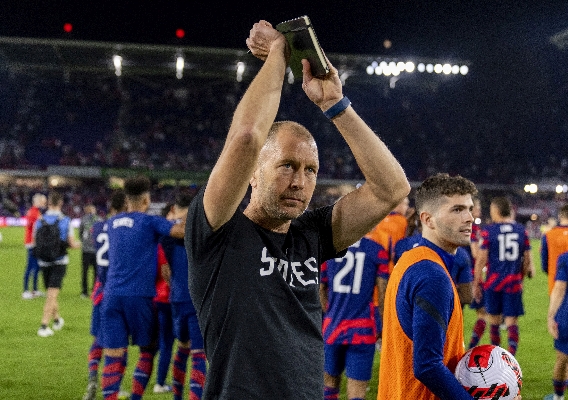 The United States national team will look to wrap up the Octagon in Costa Rica with a ticket to Qatar. While it would take a catastrophic collapse to not qualify, Gregg Berhalter insists the team is taking nothing for granted and wants to become the first U.S. team to win in San Jose. ASN’s Brian Sciaretta previews the game.

THE UNITED STATES NATIONAL team will look to formally book their spot in Qatar on Wednesday night when they visit Costa Rica in San Jose for the final round of the Octagonal. The odds are heavily in favor of the U.S. team doing so although the team has made it clear that its goal in the game is to become the first U.S. team to ever win a qualifier in San Jose.

Unlike previous cycles in CONCACAF or in other regions, Wednesday’s final round of qualifying will lack a lot of drama.

Canada has already qualified for Qatar. The United States and Mexico only simply need to avoid catastrophic losses to avoid qualifying. So long as the U.S. team avoids a six-goal defeat on Wednesday in San Jose, it will qualify for the World Cup. Mexico hosts El Salvador and must avoid a four -goal loss should Costa Rica win. Meanwhile, Costa Rica looks certain for the playoff and all teams below it (Panama, Jamaica, El Salvador, and Honduras) are eliminated – making the intercontinental playoff the worst it can do. There it will face either the Solomon Islands or, most likely, New Zealand.

Still the United States national team insisted on Tuesday to the media that it is taking nothing for granted and it must continue to play well to qualify and put an end to the ugliness of the failure in 2017.

Here are some thoughts on the upcoming game

The U.S. team has been hit with a stomach bug this window that has ripped through the entire team and its staff. U.S. manager Gregg Berhalter said that he estimates that over 30 people in the team’s delegation (players, coaches, and staff) have been ill. While he indicates that the U.S. team is turning the corner, some players have been hit worse than others and some players are still dealing with it. 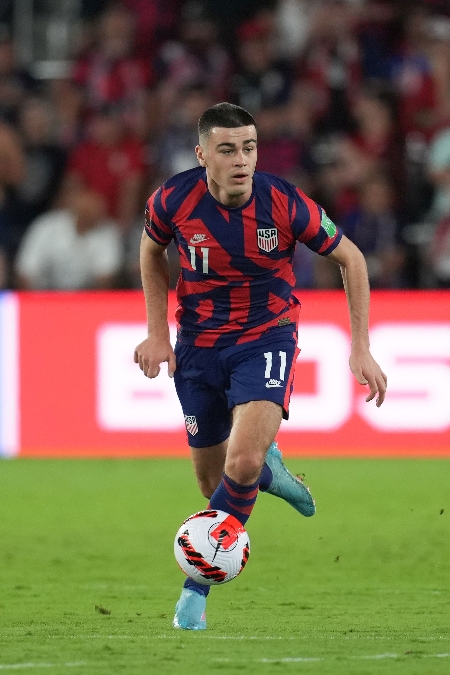 One such player is Gio Reyna who tried to play through the bug in the second half of Sunday’s 5-1 win over Panama. The Borussia Dortmund playmaker was sharp when he came on to start the half but got noticeable tired the final 20 minutes. Berhalter indicated that Reyna was indeed struggling with the illness after the game and sounded pessimistic over Reyna’s ability to start on Wednesday night.

Despite this wave of sickness, Berhalter believes that he will be able to field a competitive team. What has been most impressive so far is that in a window where top players like Sergino Dest, Weston McKennie, Brenden Aaronson, and Matt Turner have been injured along with illnesses to a number of players and a lack of club playing time to others, the team is playing its best soccer of World Cup qualifying.

When reading the FIFA rules, the Ticos players risk suspension for the single elimination intercontinental playoff should they pick up a yellow card on Wednesday against United States. While Costa Rica would still like to go at the United States and try to win while overturning the huge goal differential deficit, the odds are still overwhelming that it will play in the international playoff. Having their key players for the playoff is the priority and the odds are very high that Costa Rica will rest a lot of key players. 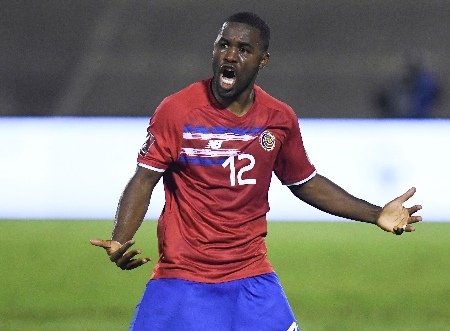 The fact that yellow card suspensions carry over from the Octagon and into the intercontinental playoff is very harsh and unfair. Different federations play a different number of games in their qualifying formats and the Octagon is 14 games. Acquiring two yellow cards during the 14 games to force a suspension for the decisive 15th game is very unfair.

While this helps the U.S. team in this game, Berhalter expressed similar thoughts and is approaching this game like Costa Rica is still going to field its strongest team.

As for Costa Rica, they’re not an offensive team. They have scored just 11 goals in 13 games in the Octagon. The strength of their team is on the defensive side. Still, a reserve team might make for a hungrier team as young players might be more eager to step up and build their case to be part of the playoff or World Cup roster. It might not be the best thing for the United States to face an inexperienced Costa Rica team as their first team players might not be as desperate knowing the tough odds against them.

It’s tough to predict the U.S. lineup for this game. We don’t know which players are still impacted by the stomach bug and we also don’t know the specifics of which players have successfully regenerated from the first two games. The three game windows that have been common during the Octagon have tested teams in different ways.

There are a few concerns. Among the field players, Walker Zimmerman and Antonee Robinson have both gone 180 minutes so far this window. Zimmerman was fatigued at the end of the Panama game. Robinson has covered a ton of ground this window, but George Bello is the back up left back and he was only added to the roster once Sergino Dest was removed due to injury. 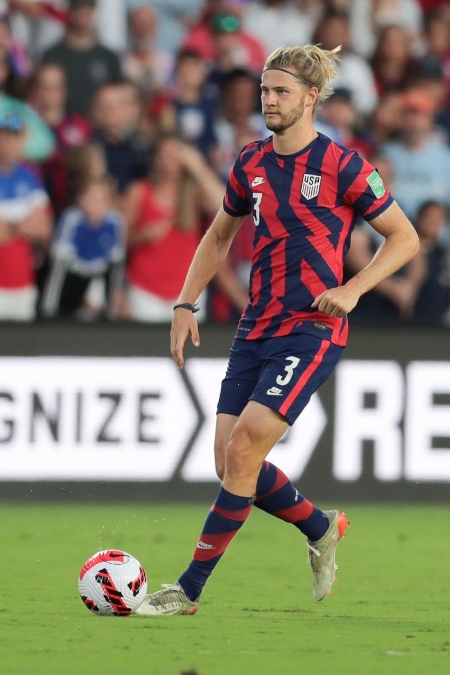 Berhalter also indicated that Reggie Cannon has returned to training with the team after a brief bout with COVID. Either he or DeAndre Yedlin should start at right back.

In the midfield, it is hard to see Tyler Adams not getting the start in a game where the U.S. team’s main focus is to not bleed goals. For that reason, Kellyn Acosta might also start in the midfield – which was the approach in Azteca.

Luca de la Torre has been excellent in the early parts of 2022 with the U.S. team. Yunus Musah has also been strong. If Berhalter wants an offensive approach, he starts Adams, Musah, and de la Torre. If he wants a defensive approach, he will start Adams, Acosta, and either de la Torre or Musah. Musah should be more rested as he was subbed out after the first half against Panama. Either option should work, however. 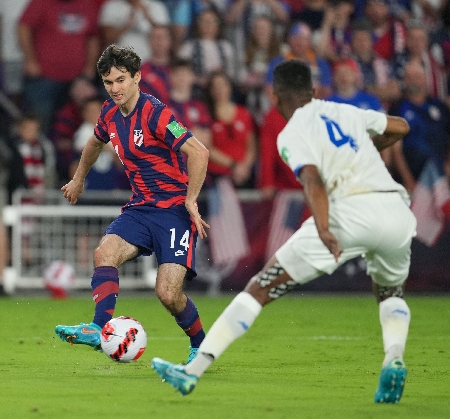 Pulisic was brilliant against Panama and is the leader of the team. But has he been taxed too much this window to start in this game? He has been subbed out but has played 150 of the 180 minutes so far. If he doesn’t play, it will be Jordan Morris but right now Pulisic is playing too well to not start (if he’s healthy). Pulisic might also be a candidate to both start and be an early  sub.

The other wing position will be either Tim Weah or Paul Arriola. Weah seems to be a first team starter but Arriola should be rested after only playing a half against Panama – and Arriola was excellent in that half with a goal and an assist. Arriola also brings a defensive bite to his game that is useful on the road.

Center forward is tough to predict. Jesus Ferreira went 90 minutes against Panama and was exhausted and cramping at the end. Ricardo Pepi has been struggling for the team since last year and Jordan Pefok had a brutal outing off the bench against Mexico where he shanked the best chance of the game and completed just one pass over 30 minutes. It seems possible Berhalter will turn to Pefok or Pepi to rebuild confidence, but which one? Pefok’s issue is that unless his team can regularly get the ball into the box, he can disappear from games. It might be a tough stage for him in San Jose. 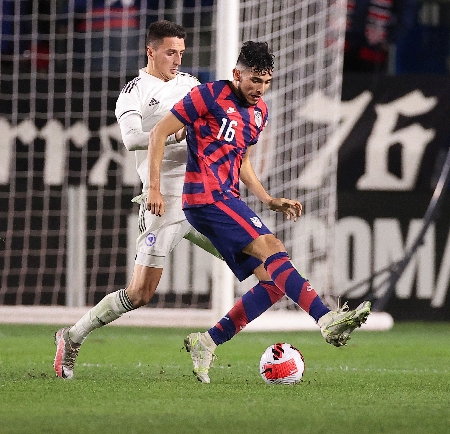 A lot can change and, aside from Reyna, stomach bug impact on specific players isn’t public. So that makes it hard, but Berhalter will likely want to field a strong XI based on what he has seen in this camp. Should the U.S. team look safe early in the second half, Berhalter could make sweeping changes with his subs.

Finally, the game against Costa Rica will be bittersweet. This will be the U.S. team’s final World Cup qualifier for about seven years given that the U.S., Mexico, and Canada will be cohosting the 2026 tournament.

But even when that time comes later in the decade, the format could be massively different. By that time, the World Cup will have expanded to 48 teams and CONCACAF will have six spots. A single table tournament like the Hexagonal over the past 30 years, or the Octagon this cycle will likely not make much sense. Perhaps having a multi-table format like Europe or Africa might make more sense.

If that happens, the top teams in the region will likely be put in different tables. That will likely see clashes between the region’s best teams become limited to the Gold Cup or Nations League as opposed to World Cup qualifying.

Some of the most iconic moments in U.S. national team history have come in the single table formats against strong teams such as Mexico or the Costa Rican teams over the past decade. 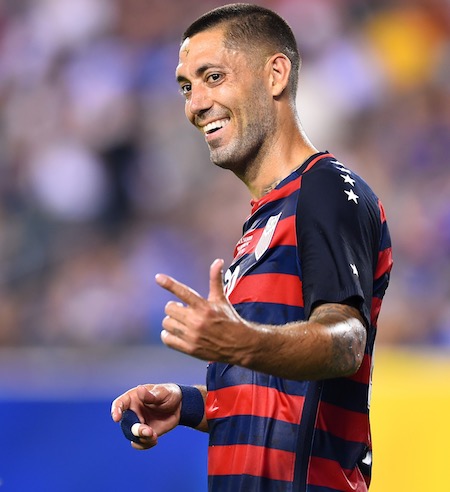 Wednesday night’s game is really the end of an important chapter for the U.S. team and moving forward, it will raise the question of how the team plays meaningful games aside from the World Cup every four years (for now). Will the Gold Cup and Nations League be enough in the absence of intense World Cup qualifiers against the top teams of the region? Can the U.S. team participate in tournaments like the Copa America without the “guest team” limitations that have made participating in the past to difficult?

Those are questions that will need to be addressed as this era ends tonight.