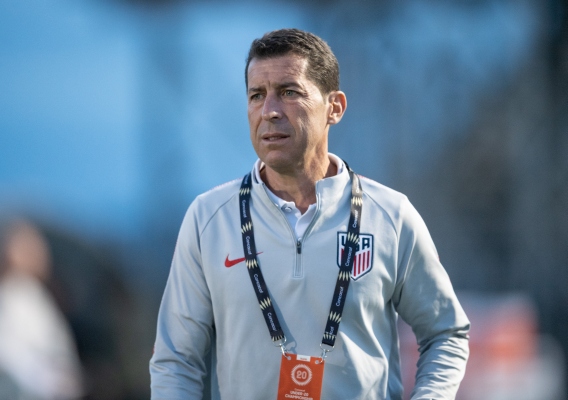 The United States has been drawn with Ukraine, Nigeria, and Qatar in Group D of the 2019 U-20 World Cup. ASN's Brian Sciaretta looks at the draw and the teams the U.S. team will face.
BY Brian Sciaretta Posted
February 24, 2019
2:00 AM
THE UNITED STATES received a tricky but manageable draw on Sunday for the U-20 World Cup in Poland. After winning the 2018 CONCACAF U-20 title, Tab Ramos’ squad was placed into Group D where it will face Ukraine, Nigeria, and Qatar.

The United States will open on May 24 against the Ukraine. It will then take on Nigeria on May 27 and Qatar on May 30. The first two games will take place at Stadion Miejski in Bielsko-Bia?a while the game against Qatar will be held at the Tychy.

The draw won’t be easy and Ukraine is bringing a very accomplished team which qualified by virtue of its performance at the 2019 UEFA U-19 championships. It qualified for the U-19 championships by winning its qualifying group which consisted of hosts Romania, Serbia, and Sweden (winning the first two and drawing to Sweden).

At the European finals, Ukraine finished first in Group B where it drew England and beat France and Turkey. While its semifinal was a disaster in a 5-0 loss to Portugal, all five goals were scored inside of the first 30 minutes.

At the European U-19 finals, Ukraine’s roster was almost entirely domestic-based, with one exception. Dynamo Kyiv forward Vladyslav Supriaha was named to the team of the tournament while Serhiy Buletsa, also of Dynamo Kyiv, was named as an alternate.

Qatar qualified for the U-20 World Cup by virtue of its performance at the AFC U-19 Championship. There it won Group A after an opening 2-1 loss to the United Arab Emirates was followed by a 6-5 win over Indonesia and a 4-0 win over Chinese Taipei. In the quarterfinal, it earned its spot in the World Cup with a 7-3 win over Thailand (which was actually in extra time after a 3-3 draw after 90 minutes). It lost to South Korea 3-1 in the semifinal.

Qatar has four players on Belgian club Eupen (first tier) and five players on Cultural Leonesa of Spain's third tier. The rest of the players are based domestically. Both Eupen and Cultural Leonesa are owned by Aspire Zone Foundation, which is a Qatar-based company with the goal of developing Qatari-based players. Eupen’s Abdulrasheed Umaru was the leading scorer in the Asian U-19 run with seven goals and Cultural Leonesa’s Hashim Ali was tied for second with five goals. None of Qatar's players based abroad (including Umaru and Ali), however, has played first team club minutes yet.

Nigeria recently qualified as one of four African teams after its fourth place finish at the 2019 African U-20 Cup of Nations. It won Group A with a 2-0 win over Burundi, a 0-0 draw against South Africa, and a 1-0 win over Niger. It lost its semifinal to eventual African champions Mali on penalties. It lost its third place game to South Africa again on penalties after a 0-0 draw.

Tab Ramos will hope to bring a very talented United States team to Poland although he is expected to be without a few top players like Tyler Adams, Josh Sargent, and Tim Weah. On the heels of winning CONCACAF for the second straight U-20 cycle, Ramos will be seeking to have the team return to at least the quarterfinals for the third straight U-20 World Cup.