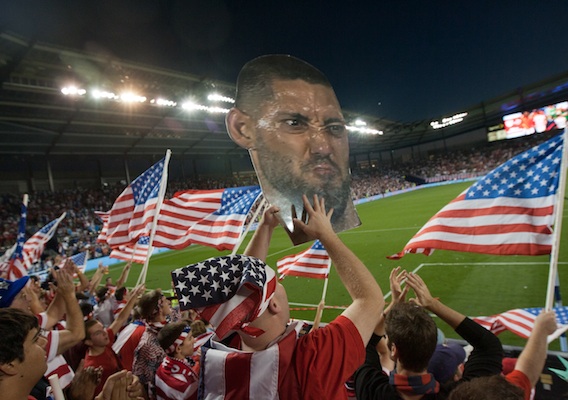 The Americans finished atop their group in the semifinal round of CONCACAF World Cup Qualification, and that's what really matters. But that doesn't mean we can't have some fun playing with the numbers.
BY John Godfrey Posted
December 26, 2012
6:21 AM
Facts and figures rarely tell the whole story, but occasionally they reveal trends and truths that take you past the headlines. Here's a look at some of the more compelling U.S. national team statistics amassed during 2012.

7—Yellow cards conceded by Jermaine Jones in 2012
17—Total yellow cards conceded by the other 48 players who saw action in 2012 7—Players aged 23 and under who saw action in the final match of 2012 against Russia
3—Players aged 23 and under who either scored or helped create a goal in the 2-2 draw (Diskerud, Boyd, Agudelo) 22—Current ASN 100 rank of Chris Pontius, the highest-ranked player who did not receive a cap in 2012
98—Current ASN 100 rank of Edson Buddle, who received one cap in 2012 What do you think of these statistics? Did any of them surprise you? Please share your thoughts in the Comments below.