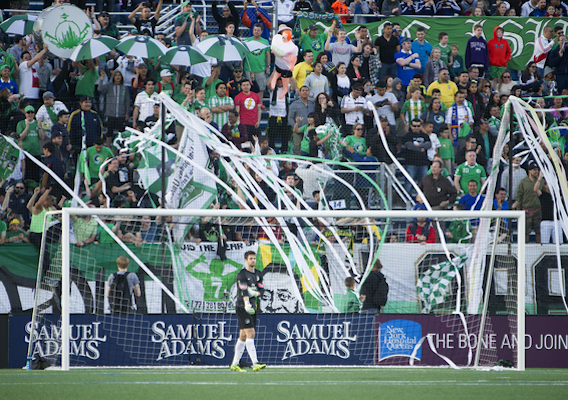 The CONCACAF Champions League rolled on with Toronto coasting past Colorado and more games taking place this week. Plus, we look ahead to the 2018 MLS season and relflect on the dire status of the NASL.
BY Brian Sciaretta Posted
February 28, 2018
5:00 AM
ONE QUARTERFINAL OF the 2018 CONCACAF Champions League is now set and it will feature reigning Liga MX champs Tigres vs. MLS Cup winners Toronto FC.

On Tuesday night Toronto played to an uneventful 0-0 draw at home against Colorado. After winning the first leg 2-0 on the road, the scoreless game was perfectly fine for Toronto. Meanwhile Tigres defeated Club Sport Herediano 3-1 (5-3 on aggregate) to secure its matchup.

Does Toronto have a chance against Tigres? It is possible although still a massive uphill climb. Tigres is already nine games into the Clausura but is in midseason form after taking a very short winter break after the Apertura. The preseason or early season form for Toronto FC is a huge obstacle but one MLS teams need to find a way to overcome.

Toronto has the talent to beat Tigres. Michael Bradley, Victor Vazquez, Sebastian Giovinco, and Jozy Altidore will have to be in top form. All have played in big games in their careers. The key will be the away leg in Mexico. That typically has been the downfall of American teams in these games. That is where the defense and goalkeeping will need to be first-rate.

Tonight will be a tough test for FC Dallas which lost the first leg to FC Tauro 1-0. Now returning to Texas, Dallas will have to overcome the deficit while avoiding an away goal. In the first leg, Dallas was incredibly wasteful and then allowed Tauro into the game in the second half.

For all of the MLS teams in the Champions League, the second half has been a struggle so far. The next two nights will be a big indication if the MLS teams have improved their fitness levels to advance and remain competitive against Mexican teams next week.

Last summer, Brooks joined Wolfsburg on a record transfer fee ever paid for an American player. Heading into March, he has played just 610 Bundesliga minutes this season with his last appearance coming on December 12.

It is looking more and more likely that Brook won't play for the U.S. team next month against Paraguay but even worse he just seems injury prone these days.

On Tuesday, I also joined Nat Coombs on the NFL Show on the UK’s TalkSport2 to preview the MLS season as well. You can listen here (with my segment starting at 1:05:50)

Ahead of the season, New York Red Bulls head coach Jesse Marsch offered the quote of the day that, whether or not you agree with him, advances the debate over youth development. Marsch lives by his words and is certainly one of the American managers who is eager to play young players.


"It's really important in #MLS that we have coaches who are willing to play young players. 1 of the concerns w/ foreign coaches - are their motivations as tied to youth development from an American standpt as it is w/ American coaches." - Jesse Marsch #RBNY #MLSisBack #NYCFC

On Tuesday the North American Soccer League announced that it was canceling its 2018 season after various legal challenges failed to stop U.S. Soccer from stripping it of its second division status.

There is no denying that this had been coming as teams in the league have been folding or moving to more functional USL. It is a tough situation for players, staff, and others who will lose their jobs as a result of this.

The unfortunate reality is that NASL came into existence to make a point. It’s owners and fans were vocal about independence and the goal to create a pathway towards promotion/relegation. Unfortunately for the league, with the owners so focused on making points, the quality of the product on the field suffered.

For now, the teams in the NASL will field teams in the fourth-tier National Premier Soccer League (the NPSL).