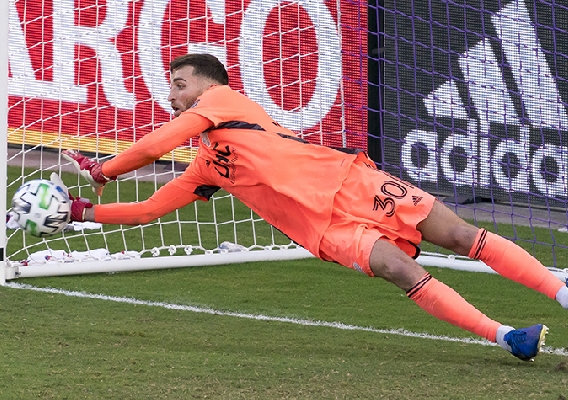 Three thoughts each: Revs and Crew shine in East semifinals

For long-time fans of the league, seeing the Revolution and the Crew perform so well was refreshing as they are both part of the league since 1996. Beyond that, both teams advanced because of star power and start goalkeeping. ASN's Brian Sciaretta breaks it all down.
BY Brian Sciaretta Posted
November 30, 2020
10:05 AM

THE 2020 EASTERN Conference semifinals were generally well-played and entertaining with the better teams winning in each game. The result is that two of the league’s original teams in the Columbus Crew and the New England Revolution. What is particularly interesting is how different each of the games played out.

The Conference final will take place next Sunday in Columbus in what should be a tough game where the favorite might not necessarily be the home team.

While Orlando was coming off a wild and emotional shootout win over New York City, New England was coming off a cool and methodical win over the top-seeded Philadelphia Union. With that said, it was not surprising at all how this one played out.

New England was far more purposeful and direct with its possession. Everyone is stepping up right now for the Revs. Tajon Buchanan was instrumental to New England’s first two goals and the young Canadian is thriving at right back.

New England was machine-like in its execution of its game plan playing effectively out wide and up the middle.

There is only so long a team can ride on emotion. Orlando did that against New York City but ran out of gas against New England. During this game, it was self-defeating. In this game, they gave up penalties, picked up a red card, and had a penalty saved. The Orlando players lost composure at key moments and weren’t able to make big plays.

Orlando has had a great season based upon expectations. Winning a playoff game combined with advancing to the final of MLS is Back in August, they are clearly a team on the rise heading into 2021 but for many of these players, you could tell the playoffs are a new experience.

DPs and GK’s the difference

In the regular season, it is about teams that are deep and teams that don’t pick up many injuries. In the playoffs, it’s about whose best players are at the top of the game. Then its also about having a talented goalkeeper who can make the big save.

Here is the bottom line, Carles Gil and Gustavo Bou have factored into all seven of New England’s postseason goals this season – either scoring or assisting. New England played most of the season with Gil injured, but now that he’s healthy, the Revs are showing just how good they can be.

Then you have Matt Turner. The New Jersey-born goalkeeper is on his game right now and the team is extremely confident in him right now. When the defense suffers a letdown, Turner has been making the saves. In this game, it was his penalty save against Nani that completely deflated Orlando’s momentum at that point in the game.

It is tough to pick against them right now.

In the second game, Columbus showed a lot of heart in this game defeating Nashville 2-0 after extra time. Prior to the game, Columbus announced four players had tested positive for COVID-19 and would miss the game (the good news being that they asymptomatic). Nashville has been a very tricky team to play all season long given their defense, their experience, and solid coaching where all the players have bought into their system.

On top of that, Nashville has shown itself also to play well when games open up. It is a defense-first team but it does not play with a bunker-approach.

Nashville had its chances to win but, in the end, Columbus had more quality when the heavy legs set in during extra time. Here are my thoughts.

Columbus finally found what it needed in the 99th minute – Gyasi Zardes in a footrace with a tired defense. Zardes is great in those situations and won the race easily and then sent a nice ball to Pedro Santos for the winner. Then four minutes later, with Nashville now pushing forward, Zardes was able to score a goal to seal it when he moved in alone on Joe Willis and easily finished.

I didn’t think Nashville was going to concede in this but they’ve run out of gas in stoppage time. Nice run behind the defense from Zardes and nice pass to Santos. Zardes scores minutes later for a 2-0 lead. Columbus are rolling pic.twitter.com/YuW7fsGL0a

Athleticism can often win extra-time games between the 90th and 120th minutes. This was the case here.

Darlington Nagbe and Lucas Zelarayan dealt with injuries this season but both are healthy and the Crew are once again one of the best teams in the East. When MLS is Back started in July, the Crew were terrific in the group stages Right now, they’re playing like they did at the start of that tournament. 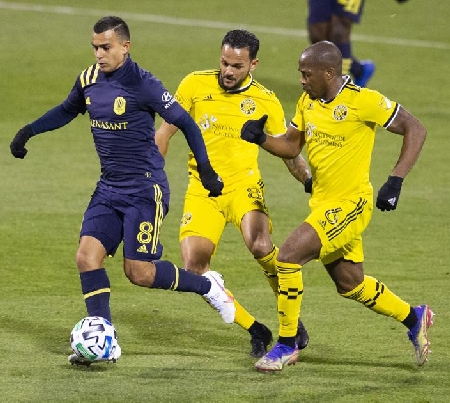 It is going to be hard to win a battle in central midfield against Columbus. Nagbe is a perfect possession player and Zelarayan is a perfect playmaker in this league. Combined with wingers and forwards who can finish, it is a tough team to stop.

Nashville certainly impressed in its first year in the league. Instead of going young, it went with experience and defense-first. Acquiring Walker Zimmerman impacted the league in huge ways – both in what it did for Nashville and how it drained LAFC.

Our anchor all year long.

Moving forward, the team is well coached and when its designated players are healthy, it is in good shape. But the question right now for Nashville is its depth and age. What it did helped them earn positive reviews in the first season, but moving forward, what will the approach be?

At least the team is well coached and plays hard. A return to the playoffs in 2021 is likely.

This game will be a good one. It pits two of the league’s original teams who both have their best players in-form. Bruce Arena is so good the deeper the playoffs go, so the Revolution probably have the edge, but the real story is Nagbe and Zelerayan against Gil and Bou. The midfield battle will be excellent. Plus you have Eloy Room and Matt Turner in goal. Up top you have Adam Buska and Gyasi Zardes squaring off.

Columbus probably is a bit deeper and it can also play from width better. For New England, is Buchanan going to be able to repeat his type of performance from Orlando? New England will need that.

Both of these teams have all the elements you need in late-stage knockout soccer. So it will be a good one.