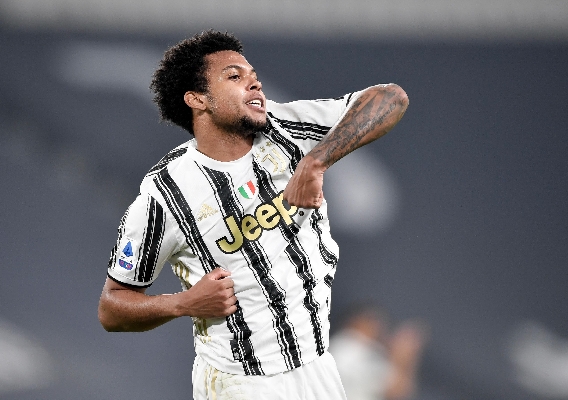 Thoughts on the Morris injury, McKennie's stellar season, and more

There is a lot to take in regarding the Jordan Morris injury and the big picture of just how good Weston McKennie has been this season for Juvenuts. ASN's Brian Sciaretta offers up his thoughts.
BY Brian Sciaretta Posted
February 23, 2021
2:00 AM

THE START OF THE WEEK got off to a busy start with news involving two U.S. national team players. The first was the brutal news involving Jordan Morris and the worst possible news about his injury was confirmed. The second was another very strong game for Weston McKennie in what might be the best season every for an American abroad.

There was other news to touch upon too involving Julian Green, Nicholas Gioacchini, MLS preseason, but the top two stories require quite a bit of discussion

There really is no positive way to sugarcoat the news of Jordan Morris’ injury that he suffered on Saturday while coming off the bench for Swansea City in a 4-1 loss to Huddersfield Town. This injury came at the worst possible time for Swansea City, the Seattle Sounders, and most importantly the United States national team.

For Morris on a personal level, it is another huge obstacle thrown in his career that will see him miss out on key games for the U.S. national team. It was three years ago when he was unable to play for the United States down the stretch of a failed World Cup qualifying effort. Now, he will miss the start of World Cup qualifying. 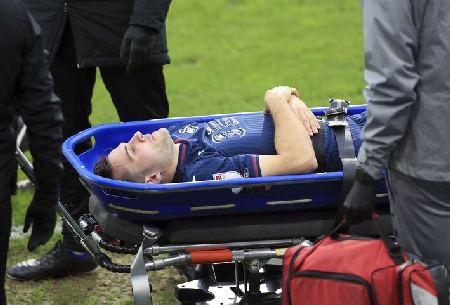 For the U.S. team, this is a big loss and there is a very good chance Morris was going to be a starting winger. Morris has, unfairly, been a controversial figure since he first decided to turn professional and sign with the Seattle Sounders instead of Werder Bremen. But when healthy, Morris has played at a level typically reserved to the league’s designated players. He’s scored at a regular rate whenever healthy and has been the MLS Cup four times – winning twice. The last two seasons, Morris scored 24 goals and added 17 assists for Seattle.

For the national team, 2020 and the start of 2021 has not been a good run for the U.S. national team player pool at the wing positions and here is the skinny:

The bottom line is that Morris was a reliable option for the U.S. team. He wasn’t a lock starter but he had a good chance to get the nod in the top XI based on the current landscape but the U.S. team is going to need some breaks to go its way to fill the void. It cannot afford any more injuries and it will need some of the players who don’t play regularly (Weah, Arriola, de la Fuente, Boyd) to regain or maintain form. Gregg Berhalter’s team also needs Reyna and Musah to return to the level they were at in the Fall. It would also be helpful to see other promising players like Chris Mueller, Jonathan Lewis, or Jesus Ferreira (not typically a winger) make big strides to start the 2021 season.

Since successfully returning from his last ACL tear, Morris brought a lot stability to the player pool with his steady and reliable performances at the club level. Now, it puts the national team in a position where it needs luck for some wingers in the pool and improvement for others – which is never guaranteed. In a World Cup qualifying year, this isn’t good news. 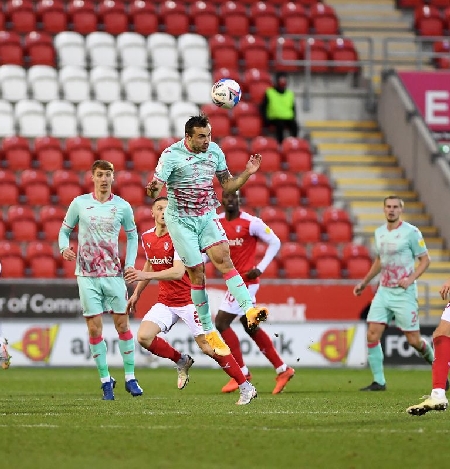 For Swansea City and Seattle, it’s also brutal news. Swansea City took Morris on board to help be part of the equation that led to promotion. He was only just getting started at the time this injury happened but there were still over 15 games remaining in the season. He was going to get plenty of chances and if promotion was successful, the chances of a buyout ahead of the Premier League season was very possible.

For Seattle, Morris is the club’s pride and joy. A local kid who turned down offers to sign with his hometown club, play in front of 40,000 people every game, and win titles. While Morris was ready to move on from Seattle, the club was going to potentially cash in on his sale. Now it will be the home of his recovery. 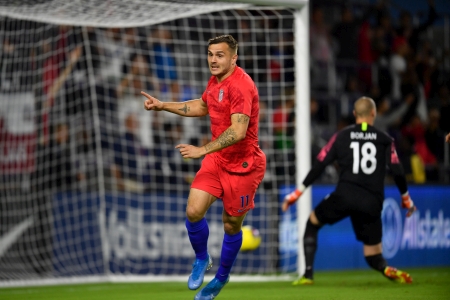 Then for Morris personally, the toll is immense. He has been successful with is career but injuries have cost him the opportunity to play in important games. Morris will likely be back in 2022 but recoveries from ACL, while improved, are never guaranteed. What will be his level next year? What will Seattle look like? Will offers abroad still be there? Where will the U.S. team be in the qualifying table? What will the pool look like?

It’s a mess for Morris who was slated for big things in 2021 – in taking a path that had a good chance of landing him in the Premier League and to take on an important role in World Cup qualifying. He now heads into a period of uncertainty while leaving a void on three different teams.

McKennie continues to stand out

Weston McKennie, 22, had his best game for Juventus in the month of February as Juventus pounded Crotone 3-0 in a Monday Serie A game.

Unlike recent games, McKennie played in the middle of the field and has a positive influence on the game over the course of 90 minutes. 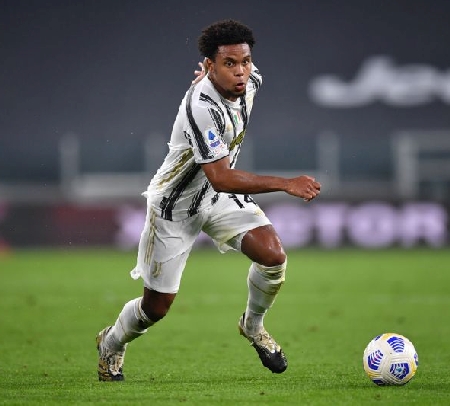 He was involved in two of the team's three goals. In the 38th minute he had a "hockey assist" when he passed to Alex Sandro who then hit a cross to Cristiano Ronaldo who headed home the opening goal.

Then in the 66th minute, McKennie scored his third of the Serie A season when took advantage of a poor clearance off a corner to fire home a shot for a 3-0 lead.

Weston McKennie’s goal for Juventus in a 3-0 win over Crotone pic.twitter.com/15CcZkVgOU

His numbers and touch map show that he was based firmly in the middle of the field and his passing was on point. Watching the game, it was clear he was doing a lot of the dirty work that doesn’t show up in stats but often serves at the glue in Andrea Pirlo’s system.

It brings to a bigger point. Where does McKennie’s season rank in terms of the best single seasons for Americans abroad? It is certainly fair to mention him at the top or near the top. Italy has been a tough place for Americans to succeed but McKennie has moved to Juventus, of all teams, and cemented an important role for himself. While it likely won’t result in a Scuttedo as Juventus trails Inter Milan by eight points (while Juve does have a game in hand).

Still, McKennie is part of the future for Juventus and has scored bit goals in the league and in the Champions League – including a highlight at the Camp Nou against Barcelona.

"Weston McKennie gets an A for the season. This is one of the best seasons in the history of Americans abroad. Absolutely groundbreaking."
-@BrianSciaretta

Has Weston's season been the best we've seen from an American in Europe? pic.twitter.com/upbmkKkRaa

There have been some really good seasons for Americans abroad. Last season, Christian Pulisic had a run after the shutdown where, for about six weeks, he was among the best wingers in the world. His final seasons at Borussia Dortmund were also groundbreaking. Clint Dempsey’s 2011/12 season at Fulham saw him score 17 in a Premier League season. Thomas Dooley was a starter for Kaiserslautern when it won the Bundesliga in 1990/91. John O’Brien was key for Ajax’s success in 2001/02. Brian McBride led Fulham to an unthinkable survival in 2007.

But this season for McKennie, given the magnitude of the team, given the position he plays in the midfield, given the lack of success of Americans in Italy, and given his generally positive performances on a consistent basis move him to another level.

"Weston McKennie gets an A for the season. This is one of the best seasons in the history of Americans abroad. Absolutely groundbreaking."
-@BrianSciaretta

Has Weston's season been the best we've seen from an American in Europe? pic.twitter.com/upbmkKkRaa

Some other American soccer thoughts

It’s a good thing that Red Bull Salzburg have a six-point lead (plus a huge goal differential edge) atop the Austrian Bundesliga table following the 4-2 win over Rapid Vienna on Sunday. Jesse Marsch’s team is short on players after midfielder Noah Oakfor announced he will miss 2-3 weeks due to his adductor injury he picked up in the warm ups ahead of Sunday’s game. This comes on the heels of Mohamed Camara and Sekou Koita getting handed three-month suspensions for doping. Brenden Aaronson’s minutes have been increasing since his January arrival, but now he is going to have to play a major role moving forward. 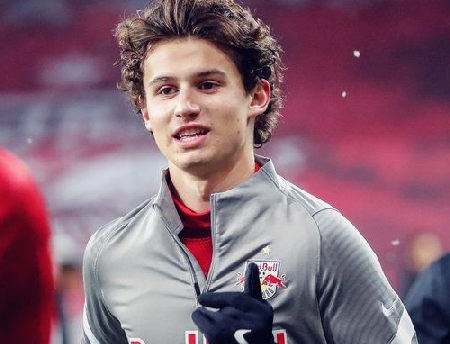 Julian Green missed out on Greuther Furth’s big 2-1 win over Holstein Kiel to move into the automatic promotional spots in the 2.Bundesliga. The American attacker recently tested positive for COVID-19 and it is not clear how much time he will miss but the 2.Bundesliga promotional race is tight and he is having the best season of his career.

Atlanta United is reloading with the addition of Franco Ibarra. A teenager from Argentinos Juniors. It is fun to watch these teams reload.

A playmaker out of the back that represents the ATL style ? pic.twitter.com/dfsYh2bswu

In Ligue 2, United States national team forward Nicholas Gioacchini got the start for SM Caen on Monday away at Guingamp but was playing mostly on the right wing instead of his preferred center forward position. Gioacchini, 20, played 89 minutes in a disappointing result as Caen had a 2-0 lead but conceded two goals in the final 24 minutes to settle for a 2-2 draw.

In Austria, Erik Palmer-Brown will miss 2-4 weeks due to a hamstring injury. The club made the announcement today.

Finally, American midfielder Taner Dogan signed with Dundalk in the League of Ireland's Premier Division. It's a bold move for Dogan who also holds an economics degree from Harvard after graduating last year but at least Dogan will get to play in some Europa League qualifiers this year.

American midfielder Taner Dogan has signed a contract with the Lilywhites.