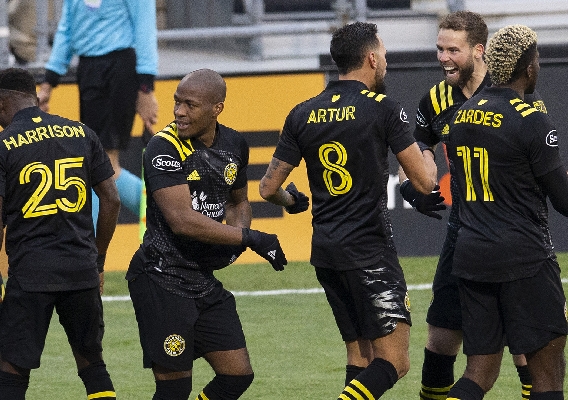 In the end, Columbus proved to be the Beasts of the East on Sunday when Caleb Porter's team down a New England team that had a lot of momentum at its back. ASN's Brian Sciaretta is here to give you his thoughts on the game and how it happened.
BY Brian Sciaretta Posted
December 07, 2020
1:35 AM

ON SUNDAY, the Columbus Crew became the first team to advance to MLS Cup following a close but convincing 1-0 win over the New England Revolution in Ohio. The winning goal was scored by Artur in the 59th minute and it completed a tremendous turnaround for a Crew team that made headlines for all the wrong reasons not long ago in 2018.

The Columbus Crew have been an iconic team in the history or MLS in both being one of the original teams in the league followed by the first team ever to build its own stadium. But in 2018, there was the now famous campaign to “Save the Crew” when former owner Anthony Precourt wanted to move the team to Austin. The public campaign to save the team proved to be successful as new owners took over and Precourt took over an expansion team in the Texas capital.

Under new ownership, the Crew brought in Caleb Porter as the manager to replace Gregg Berhalter. Porter was still popular in Ohio after building Akron into an NCAA power It also signed Lucas Zelarayan, who turned out to be one of the best designated players in the league this year. Finally it brought in Darlington Nagbe, who is one of the best central midfielders in league history and was successful under Porter both at Akron and with the Portland Timbers. 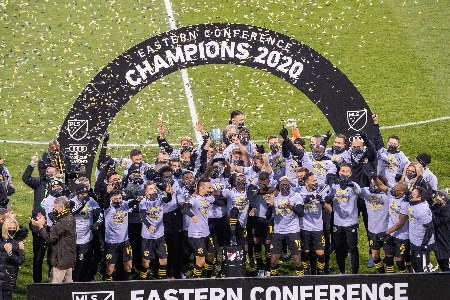 While it took some time to implement and the team missed the playoffs in 2019, the gradual process resulted in the the winning equation and with a new stadium underway – things are up the upswing for Columbus which will hopefully be able to welcome fans back en masse in 2021.

The win over New England was the result of a well-orchestrated and well-executed game plan from Porter and Columbus. Here are my thoughts on the game.

In the playoffs, it is all about designated players. Coming into this game, it seemed as if Gustavo Bou and Carles Gil were going to be enough to have New England contend for MLS Cup. This was not the case, however, as Columbus did what Orlando and Montreal were not able to do to in limiting the Revs’ designated players to minimal opportunities. Gil had no shots in this game while Bou had four – with just one on target. 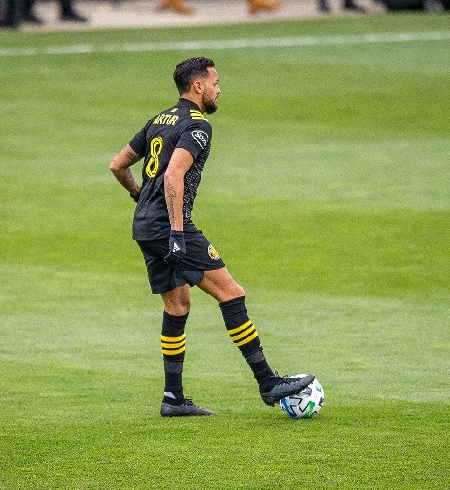 Artur didn’t just score the game’s only goal, he was also exceptional defensively cutting off passing lanes and breaking up plays. Team captain Jonathan Mensah showed why he was a contender for defender of the year assisted to Artur on the goal but also had nine clearances.

A lot of teams in the league spend money on offense, but this was a game where it showed that investment in players (and coaches who develop proper plans) who can stop DP’s makes all difference in the playoffs.

Columbus had the edge in this one in central midfield. The triangle of Artur, Nagbe, and Zelerayan was just more than the Revs could counter with Matt Polster and Scott Caldwell in back of an impressive Gustavo Bou. Zelarayan and Bou are on a similar level, but Zelarayan had more support in this one.

Nagbe is now one win away from leading a third different team to a championship after he guided the Portland Timbers and Atlanta United to titles. In games like these, he is a metronome in the midfield where he can hold the ball and wait for the right opportunities to emerge. With a player like Zelaraya and a forward like Gyasi Zardes, that’s all that is needed.

Darlington Nagbe was a big reason why #Crew96 dominated the midfield in this one. It’s no secret he’s now in the final with his 3rd team #MLSCupPlayoffs pic.twitter.com/OwEdlyNiD1

New England is a team on the rise and Bruce Arena knows what it takes to win in this league. When and his staff go back and watch this one on tape, beefing up central midfield support behind the attacking midfielders is probably at the top of the list.

Turner was excellent in loss

There were many occasions where it seemed that the Revs were lucky to be in this game and that was due to the excellent goalkeeping of Matt Turner. The New Jersey native made several huge saves in this one.

Turner is one of the brighter Americans coming through the league at the moment and he looks like he can be a difference maker for Revs in years ahead – unless he jumps to Europe. Either way, call-ups to the U.S. team look to be on the horizon for him in 2021.