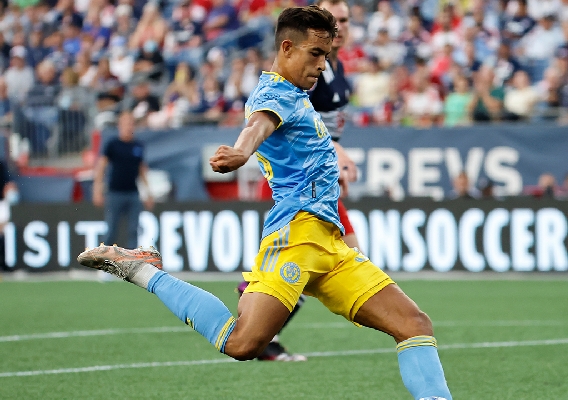 Sullivan emerging as a key player for the Union, has eyes on the U.S. U-20 team as well

Quinn Sullivan is the latest product from the Philadelphia Union academy to impress with the first team. A part of a legendary soccer family in the Philadelphia area, Sullivan has eyes on leaving his mark with the Union and being part of the upcoming U.S. U-20 national team. ASN's Brian Sciaretta spoke with the young attacking midfielder about his breakthough season and what lies ahead.
BY Brian Sciaretta Posted
September 17, 2021
9:05 AM

LAST SEASON WHEN the Philadelphia Union sold two U.S. internationals and MLS Best XI players in Brenden Aaronson and Mark Mckenzie, there were fears that the club could be headed for a massive drop off. While the club is not a contender to repeat winning the Supporters Shield, it still is in the hunt for a playoff spot in the Eastern Conference and, if it makes it, could be a tough out in the post season.

It will be a close race but there are reasons to like Philadelphia’s chances.  While good players have left, a solid core of veterans remained, and Jim Curtin is still one of the league’s best coaches. But above it all, the club continues to be a hub of solid young players who are hungry to prove themselves.

A veteran of the Philadelphia Union Academy, Quinn Sullivan, 17, signed a homegrown deal last November and joined the first team in the preseason. Thus far, he has already enjoyed some impressive moments this season – making 16 appearances and scoring twice. In his first start for the Union, he scored a memorable bicycle kick in a 1-1 draw with the Chicago Fire.

“It's been a fairly smooth transition,” Sullivan told ASN about growing into the first team. “A huge shout out to the academy, because it really prepared me so well and just the overall build up over the years from the academy to the second team to then the first team - that made the transition not so difficult. It all starts with the culture that we build. The coaches have built a team culture - building in the academy the idea of how we want to play.”

“Also, just the overall competition that we have here, there's a lot of great players and a lot of guys that want to make it to where I have made it so far, and that competition just fuels the mentality to keep going and to keep fighting,” he added.

Sullivan is learning a lot quickly and should wind up a better player for it. For one, he’s getting good coaching and is surrounded by team that includes savvy veterans to work with the young players. In that regard, Sullivan singles out captain Alejandro Bedoya as being a big influence in his career. 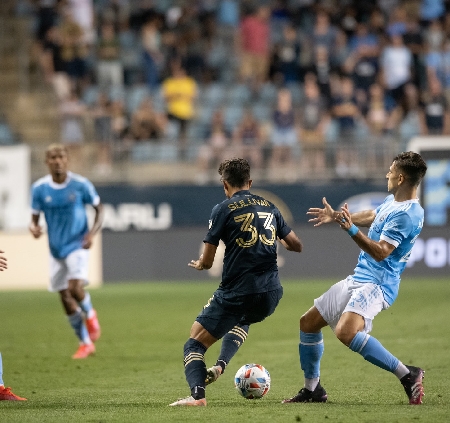 He’s also involved in pressure-filled games. Philadelphia currently sits one point out of the playoff positions heading into Sunday’s home game against Orlando. He also made three appearances in the Union’s run to the CONCACAF Champions League semifinals which ended after Wednesday’s 2-0 loss to Club America.

"He can read the game and he can solve problems on the field on his own," Curtin said. "He can adapt to any situation. I've seen him play multiple positions and thrive at all of them."

But now entering in the home stretch of the season, Sullivan knows all games will matter and this will be an important test early in his career.

“Obviously, we're not totally happy with where we're at,” Sullivan said. “We all know that we could play better than we're playing. We haven't really played our best game yet, but we're still in the playoff race and the table is tight.” 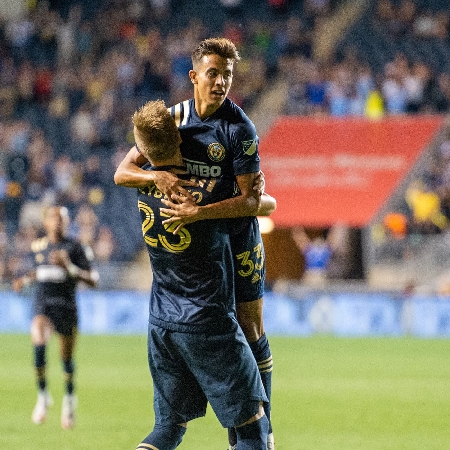 Beyond the Union, Sullivan also has a lot on his agenda. As a 2004-born player, Sullivan is within the age group of the new U.S. U-20 team that will soon assemble. This week, CONCACAF announced that the U-20 World Cup qualifying tournament will take place next summer and it will also double as a tournament that serves as qualifying for the 2024 Olympics.

Sullivan is expected to be part of the upcoming U-20 team and that team now has the responsibility of qualifying for both the U-20 World Cup and ending the United States’ drought of Olympic qualifying failure - dating back to 2008.

“We all want to play for our national team and represent the U.S. whether it's right now at the U-20s or the senior national team,” Sullivan said. “I want to make happen…. That's a that's a very high stage. And a lot of people are looked at there and that's where you can make an impact. I've always had the mentality I've been taught at a young age is that someone's always watching and that you don't even need to know that someone's watching, you know it for a fact.”

The good news for the U.S. team in that regard is that Sullivan is part of an impressive group of  players that is now not only breaking through at the first team level, but are also becoming difference makers and impact players with their respective clubs at a young age. Next summer, one year out from a U-20 World Cup, the U.S. can nearly field a lineup of players who are key to their clubs.

“Being one of the younger guys so far to really make it has been nice, but I know that there's always new guys coming up and competition is always going to be high,” Sullivan explained. “I take pride in it now. But I still have to fight for everything to keep my name out there.”

Like many players of that age group, Sullivan has aspirations of eventually moving to the top leagues of Europe. But first he knows he must learn to be an impact player for the Union in the way Brenden Aaronson and Mark McKenzie were.

Sullivan pointed out that last season’s sales of Aaronson and McKenzie along with their promotion to the full U.S. national team was a huge morale booster among the club’s new core of young players and the players still in the academy. 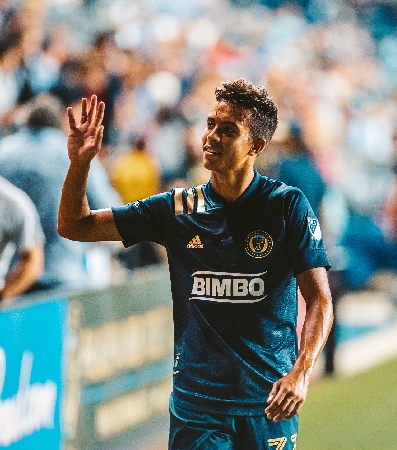 “It's pretty much self-explanatory, right? Everyone at the academy that's pursuing it, double sessions and really putting in the work and grinding it out - we all have the dream to get over to Europe,” Sullivan said. “And first team is the first step to that. I think a lot of people think they can do it. But it really, really boosts you and gives a clarification that this is possible when you see guys like that going over and you've been playing well too. Seeing that they were in my spot last year and now they're doing it at the top league, it gives you like a definite gives you confidence boost of -  I can do this.”

Sullivan has also had a lot of benefits along the way that have helped him get to this point. In addition to being a standout at the club’s academy, he also comes from an impressive soccer family that has a massive footprint in Philadelphia area.

"When you talk about the Sullivan last name, it's a family that is a big-time soccer family in the city of Philadelphia," Curtin said. "He's a great kid that comes from a great family. He has all the attributes and the characteristics that we want as a soccer player, but also as a person."

Both of his parents played college soccer and his father, Brendan Sullivan, played professionally in the United States before MLS – including a stint with the Long Island Roughriders. His mother captained the University of Pennsylvania Quaker’s women’s team for two seasons. His grandfather, Larry Sullivan, played for Temple University and was coached by U.S. national team legend Walter Bahr. Larry would later become the coach of Villanova for 17 seasons (sometimes assisted by Brenden) and would coach Jim Curtin. 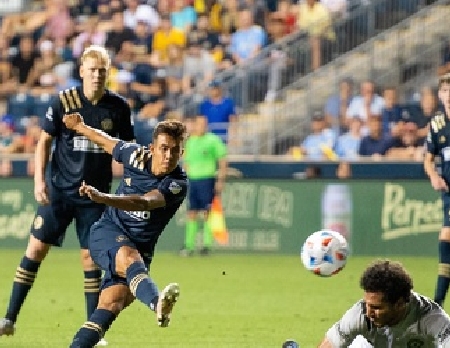 Sullivan’s cousin, Chris Albright, was a member of the U.S. World Cup team in 2006 and is now the Technical Director of the Philadelphia Union. He also has two younger brothers who are both promising young players.

All this has played an enormous role in Sullivan’s development.

“My soccer family is obviously huge,” Sullivan explained. “Let's just say family functions were always super fun if there was a soccer ball around. It's been really helpful in my career so far… My grandfather and my dad both have a great idea of the game. But when they watch me play, they can recognize plays and they can depict them with their words really well. After the games we would go over play by play before we had film. That really set me apart at a very young age - play by play like looking to see where I can improve.”