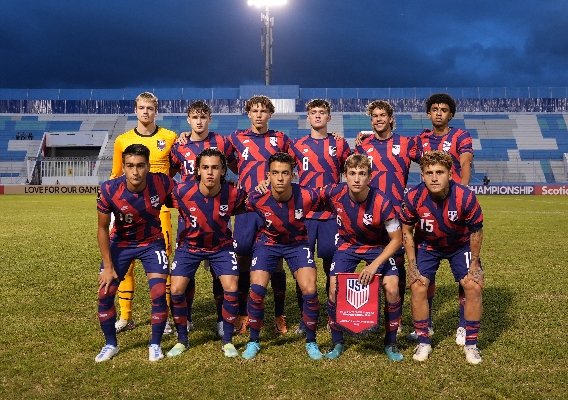 Sullivan and Luna propel U.S. U-20's past Nicaragua 5-0, into quarterfinals vs. Costa Rica

The United States U-20 national team got past Nicaragua 5-0 on Saturday night in the Round of 16 of the CONCACAF U-20 Championships. That win now sets up a quarterfinal agianst Costa Rica with the winner booking a spot in the 2023 U-20 World Cup. ASN's Brian Sciaretta breaks down the game with his thoughts.
BY Brian Sciaretta Posted
June 26, 2022
5:30 AM

THE UNITED STATES U-20 national team advanced to the quarterfinals of the 2022 CONCACAF Championships on Saturday night with a comfortable 5-0 win over Nicaragua. Costa Rica now awaits the U.S. team, and the winner of that game will earn a spot in the 2023 U-20 World Cup and an opportunity to play for a berth in the 2024 Olympics.

The U.S. controlled the game from the kickoff but like the first two group stage games, had a tough time scoring early. In fact, it wasn’t until first half stoppage time when the U.S. took a 1-0 lead. The play started with Diego Luna making a strong run into the box. His cross found Quinn Sullivan who headed the ball past Nicaragua’s Miguel Rodriguez.

Quinn Sullivan’s goal for the US U-20 team. Great setup by Diego Luna - who is going to be fun to watch with RSL this year pic.twitter.com/Tv7jSFLb2I

In the second half, the U.S. opened the floodgates. In the 56th minute, Sullivan was taken down in the penalty box and awarded a penalty. Luna took the ensuing penalty and hit a low shot to the right side past Rodriguez.

In the 65th minute, Sullivan scored again for a 3-0 lead. Cade Cowell beat his defender on the left wing and hit a perfect low-driving cross which found Sullivan on the back post for an easy tap-in.

The U.S. team scored two more times to seal out the win. In the 73rd, a hard shot from Caden Clark took a huge deflection off Dylan Pineda and it was scored as an own goal. Then in the 87th minute, central defender Jalen Neal was in the right place at the right time when he tapped in a rebound after a Rodriguez save.

Here are some thoughts on the win

Quinn Sullivan’s numbers for the U.S. U-20 team since February have been outstanding and his two goals (and drawn penalty) continue with that. 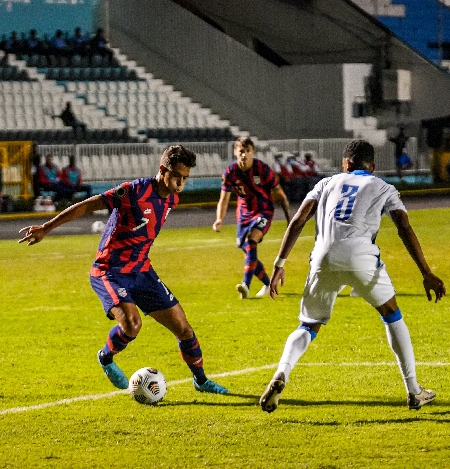 Sullivan now has five goals this tournament, both coming in the last two games. He also has 10 goals for the U.S. U-20 team over the past seven games and none have come from the penalty spot. In his previous three U-20 games prior to this tournament, Sullivan scored once against FC Dallas, once against Argentina’s U-20 team, and then three goals against River Plate. He did not score in the first two group stage games but then had three against Cuba and now two against Nicaragua.

Youth goal scoring numbers often need to be taken with a grain of salt, but these are enormous numbers.

The U.S. U-20 team needs to open games a little better as this tournament progresses and the opponents become better. Cuba was the only time they were able to take the opponent out of the game early. The U.S. team has been able to generate most of the chances, but too often they let opponents hang around. Against Canada, that was a problem and Canada started to get a sense of belief that they could compete. It didn’t then help that the U.S. was playing from behind twice.

Costa Rica will be the team’s toughest opponent so far. The U.S. team should be favored to advance but the U.S. team needs to be sharp from the start.

Luna is on fire

While Sullivan is the team’s leading scorer, and Paxten Aaronson might potentially have the highest ceiling of the group, Diego Luna is the X-factor. He is very talented taking defenders on the dribble and making big plays that can change the complex of the game.

Against Nicaragua, the U.S. team always had control of the game, but it was Luna’s play on the first goal from Sullivan that turned control into an actual lead on the scoreboard.

Whether or not he is fit to start against Costa Rica on limited rest remains in question, but he could be a terrific option off the bench as well.

Looking ahead to Costa Rica

This is a critical must-win game. It’s even more important than a potential semifinal because if the U.S. team does not win against Costa Rica, it comes away from the tournament completely empty-handed. No, U-20 World Cup, no Olympics – nothing.

But the U.S. team has played well thus far and is gaining steam – so it has given itself the best possible chance. The one blemish, a draw against Canada, didn’t cost the U.S. team anything in the standings and perhaps served as a wake-up call.

The U.S. will once again have two rest days before the Costa Rica game but will now shift from Tegucigalpa to San Pedro Sula in the north of the country.

Head coach Mikey Varas has been rotating his squad pretty heavily throughout the tournament and will once again have two days to rest his team. He didn’t quite start his best team against Nicaragua with Paxten Aaronson and Marucio Cuevas on the bench. There was, also potential starters in Caden Clark, Brandon Craig, and Rokas Pukstas.

Varas should be able to field an XI that is not too fatigued.

Costa Rica comes into this game on the heels of a 4-1 win over Trinidad & Tobago. The group stage was mixed for them as they drew Jamaica and lost to hosts, Honduras. Dorian Rodriguez is the team’s leading scorer and he scored two goals against Trinidad & Tobago off the bench. He has four goals in Costa Rica’s top division over just 446 minutes. In this tournament, he has four goals in 195 minutes.

For the United States, central defense will be key and if they can shut down Rodriguez, they’ll be in good shape.