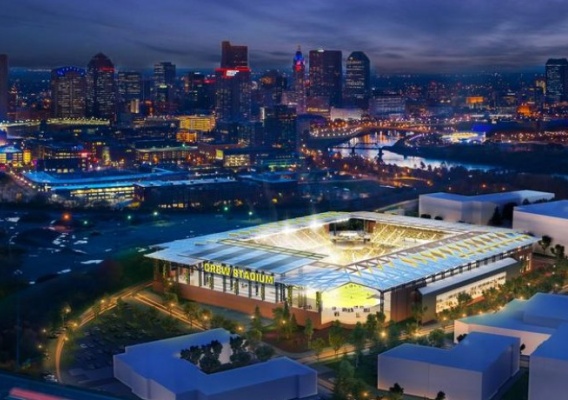 Thursday was a huge news day for American soccer regarding the growth of two domestic clubs, the status of several top proespects, and the next landing spot for the U.S. national team goalkeeper
BY Brian Sciaretta Posted
December 07, 2018
4:20 AM
WHILE ALL the focus in American soccer this week has been on MLS Cup and new U.S. national team head coach Gregg Berhalter, Wednesday brought a ton of new to fruition.


As the UK Sun reported in November, Columbus Crew SC and U.S. national team goalkeeper Zack Steffen was on the verge of finalizing a transfer to Manchester City. On Tuesday, Goal reported that the deal was complete.

This is no surprise. The big question, however, is where Steffen goes on loan because even if Manchester City felt he was ready, the likelihood of him getting a U.K. work permit is slim at this point. He needs to play more internationally.

ASN has heard that Girona is indeed a potential landing spot for Steffen. But The Athletic’s reliable Paul Tenorio tweeted that Steffen might be loaned back to the Crew to start the 2019 season. This would be a very encouraging sign that Manchester City highly rates Steffen. If they did not, they would be willing to risk taking a flyer by sending him to a place where he might not play. But having Steffen starting for Columbus likely keeps him as the U.S. team’s number one through the Gold Cup and boosts his chances for a U.K work permit.

How teams handle goalkeepers is vastly different than field players. Minutes are far more reduced, rotation is smaller, and goalkeepers can stay in top form well into their thirties. If Manchester wants to keep Steffen in a place where he will start, that says they might see a need him.


FC Dallas has badly needed a USL team. The team’s academy has produced so much talent but the bridge to the first team has been missing. It likely cost the club a chance at signing Weston McKennie, who developed at Dallas for over eight years.

Dallas fixed that problem in a big way as North Texas SC was announced as the club’s USL team.

Even better for the club is that Ricardo Pepi was unveiled as the team’s first signing. The United States U-17 national team’s star forward recently impressed at the Nike Friendlies.

But Pepi is just one of many top prospects in the organization. The U.S. U-20 team also boasts Paxton Pomykal and Brandon Servania. Jesus Ferreira could break into the team as well once he gets citizenship. Thomas Roberts is also perhaps the top American player of the 2001 birth year. First team starter Reggie Cannon is on the U.S. national team and is likely the U.S. U-23 team right back.

It all now depends on who the first team head coach is. ASN has heard there is interest in U-20 head coach Tab Ramos who could be a huge boost as he has proven himself to work well with young American players.

One player who will probably not factor into the mix is Chris Richards. ASN was the first to report that the Alabama-born Richards had an option to buy on his loan to Bayern Munich. The U.S. U-20 starting central defender has impressed in Germany on loan and ASN reported in November the club was moving to purchase him.

Goal yesterday reported  that the deal nears completion for the sum of $1.25 million which is a solid amount for a player who has never played for the first team of FC Dallas. ASN can confirm that sum.

Next up could be Thomas Roberts next year, who recently performed well on a training stint at Bayern but who can’t play pro games abroad until he turns 18 next May. Will FC Dallas ask more for the talented midfielder?


The new ownership of the Columbus Crew announced that it is going to invest heavily in the club starting in 2019. They also unveiled plans for a new stadium to open in two years that would be a massive upgrade over MAPFRE stadium.

After all that Columbus and its fans has been through, this is incredible news.