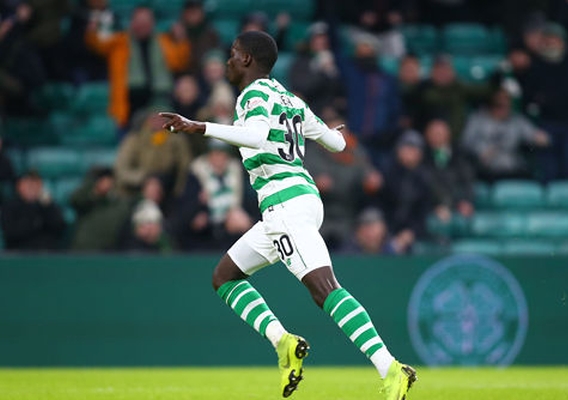 Rumors are flying right now among American players and transfer rumors. ASN's Brian Sciaretta separates fact from fiction with regards to some of the rumors and he also gives some notes that is encouraging regarding young players continuing to get minutes in MLS this year.
BY Posted
June 13, 2019
10:00 AM
THE SUMMER SILLY season is upon us and almost immediately there are rumors flying around with American players, so here is a quick look at the rumors and a look at whether or not they’re true. Also, ASN takes a look at the increased minutes for domestic-based players.


Fresh off playing with the U.S. U-20 team at the World Cup, attacker Tim Weah is linked with a move from Paris St. Germain to Lille for €10 million. The report came from L’Equipe and it said that negotiations were advanced.

This sounds very likely to happen and not just a silly season rumor. While his recent loan to Celtic wasn’t great, it wasn’t terrible either. Weah is a known product in France and Lille seems like a club that would be interested in building up depth and investing in young players. The club recently finished second in France and will be in the Champions League next year – meaning squad rotation will be key.

While finding minutes at Lille won’t be as daunting a task as it was at PSG, playing time will still be a huge challenge for Weah at Lille, should the deal move forward. But if the price tag is accurate, it will be a considerable sum for Lille and it’s hard to not see Weah at least getting a fair shot at cracking Lille’s lineup.

Soto and Gloster to PSV


BILD recently reported that PSV Eindhoven is interested in Hannover’s young U.S. U-20 duo of Chris Gloster and Sebastian Soto. Both players recently had strong performances at the U-20 World Cup and Hannover is in a terrible situation after being relegated out of the Bundesliga.

But this rumor needs to be taken with a grain of salt because the Eredivisie has huge minimum salary requirements for non-EU passport holders in order to ensure that the only non-EU players in the league are quality. Gloster and Soto would be huge investments in the Eredivisie as neither holds an EU passport.


The Turkish media is suggesting that new U.S. national team winger Tyler Boyd could be on the move soon within Turkey after his recent loan to Ankaragucu was a huge success. In 14 games since arriving on loan from Vitoria Guimaraes, Boyd had six goals and four assists.

Boyd is planning on starting the preseason back with Guimaraes in Portugal following the Gold Cup but a transfer might happen before then. One such club is Fenerbahce which is one of the country’s largest clubs – which finished sixth last season. Another club he has been linked to is runner’s up Istanbul Basaksehir.

This rumor seems to be on the more believable side as ASN has heard of interest in Boyd among Turkish clubs – which would only make sense given his success there. But what will be the asking price from Vitoria Guimaraes? Will other clubs from Europe also enter into the mix? Nothing is settled but it would hardly be a surprise to see Boyd playing in Turkey in the fall.


When the 2019 MLS season is over, the numbers can be crunched in full detail but the youth movement in the league is more impressive the deeper you dig. Much of the focus was on the 2019 U.S. U-20 pool and how many players eligible for the recent U.S. World Cup team were playing. And that was indeed impressive as many very good players in the league couldn’t make the team.

NYCFC’s Justin Haak (born 2001) and Seattle Sounders U.S. U-17 midfielder Daniel Leyva (born 2003) both made their league debuts over the weekend. Both should factor into the next 2021 U-20 team cycle with Leyva being eligible for the 2023 U-20 World Cup team as well in four years.

In addition to Haak and Leyva, 2021 U-20 eligible players Julian Arujo, Gianluca Busio, Griffin Yow, Sebastian Anderson, Cole Basset, Thomas Roberts, Luis Arriaga, and Bryan Reynolds have all played league minutes this season with Joe Scally having played last season. David Ochoa has made the bench for Real Salt Lake. The U.S. Open Cup has also given minutes to Ricardo Pepi. It is also possible to see players like Seattle’s Alfonso Ocampo-Chavez and others get looks sooner than later.

Young players are getting healthy doses of minutes in the league right now by any measure. But the next steps will be for more clubs in MLS to embrace it and for those that do embrace playing youth, to groom these players into impact players – not just role players. Last year Tyler Adams and Alphonso Davies were impact players and this year Paxton Pomykal is. Brenden Aaronson and Julian Araujo appear to be heading in that path. It’s a good sign but it needs to be more universal and consistent.