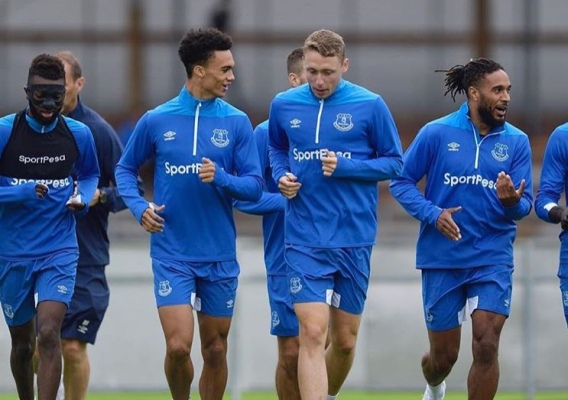 While everyone watches the World Cup, ASN watches Americans playing domestically and across the globe. Here is the lastest edition of our European preseeason notebook.
BY Brian Sciaretta Posted
July 12, 2018
9:00 AM
YOU CAN’T blame anyone for not following the early stages of the European preseason given just how great the 2018 World Cup has been, but this time of year is important for players to build a case to earn minutes at the start of the season.

There are a lot of American players in Europe and with the U.S. team not at the World Cup, these players have had the opportunity of having a full preseason.

Here is the latest

Wright to trial at Union Berlin


Haji Wright, 20, did not have a good year least season on loan from Schalke at Sandhausen in the 2.Bundesliga where he played just 587 minutes and scored one goal.

He began preseason back at Schalke but is now on trial with Union Berlin.


???? Haji Wright has joined #fcunion on trial for the next few days at the camp in Klosterpforte.

If this trial does not go well, Wright could be in trouble finding another destination.


Colorado’s Brendan Hines-Ike has had a very strong 2018 in Sweden with Orebro where he has become one of the best defenders in the Allsvenskan.

Currently he is the subject of transfer rumors involving Dutch clubs but Orebro have a high selling point. ASN has also learned that Hines-Ike is in the final stages of acquiring his Irish passport and that he has had discussions with the Irish federation about perhaps playing for Ireland in the future.

Hines-Ike’s only involvement with the United States so far in his career were a handful of U-18 callups.


On Tuesday, Josh Sargent and Aron Johannsson scored for Werder Bremen in a 45 minute friendly against fifth-tier Bremerhaven that mostly involved the team’s reserve players.

The youngster grabbed a goal and an assist yesterday ???? Bremerhaven ???? #werder pic.twitter.com/oCCSXCYd7E

Terrence Boyd recently signed a new one year with Darmstadt in the 2.Bundesliga. On Tuesday Boyd scored in a 5-2 preseason win over fifth-tier OL.

There was no video of his goal, but there was this video of Boyd hitting a ridiculous shot in a football-tennis drill at training.

Robinson still with the first team

Antonee Robinson, 20, is going to be one of the more interesting young American players to follow this season because there is no telling what could happen with him after his surprisingly impressive loan last season at Bolton.

He could go out on loan to a Premier League or a promotion contending Championship team. There is, however, a real chance he could stick around at Everton.