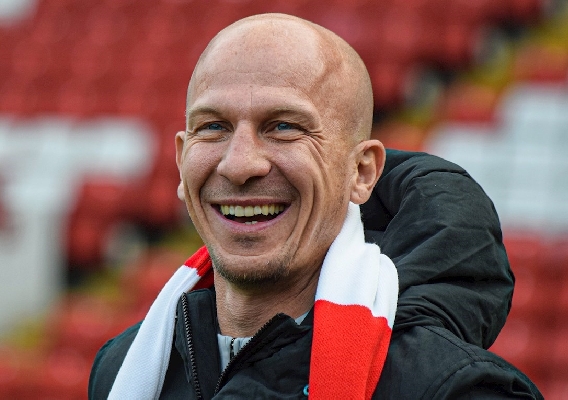 As an organization that has had a big footprint on American soccer for over two decades, the New York Red Bulls formally announced the hiring of its new manager - Austrian native Gerhard Struber who left Championship side Barnsley to take this post in the Tri State Area. Team expert Mark Fishkin checks in to analyze how this hire fits into the team's long-term approach.
BY Mark Fishkin Posted
October 07, 2020
4:25 AM
LOOKING AT RECENT player acquisitions by the New York Red Bulls, one could only conclude that the club was planning to stay thrifty. Since the signing of Kaku, the Red Bulls did a dance over the loan of winger Josh Sims, spent modestly to bring in Brentford defensive midfielder Dru Yearwood, and landed Salzburg forward Samuel Tetteh for a few months, again on loan.

The lack of significant investment on new players, coming off a poor .500 season, unnerved many Red Bulls fans, who had become accustomed to contending for the Supporters season during much of the 2010s. In an MLS 4.0 world, New York appeared content to make the system the star and stay on the bottom of the rankings of league salary rolls.

So what to make of today’s news that the Red Bulls had reportedly spent $2M Euros with Championship side Barnsley to bring head coach Gerhard Struber to Harrison? That Struber was Head of Sport Kevin Thelwell’s choice to lead New York was no surprise. The former RB Salzburg player and longtime Salzburg youth coach is not just a well-known quantity in the RB Soccer universe. Struber has employed the Red Bull-style hard press during his ten and a half months in the Championship, lifting Barnsley out of the drop zone last season. 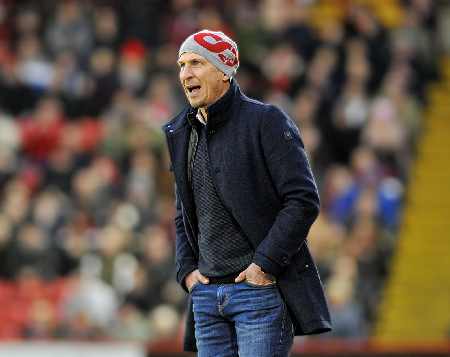 The youth angle here likely played a significant role in the hire. With young Red Bull II players like Caden Clark, Omar Sowe, and others possibly joining the first team mix sooner than later, Struber's reputation as not only a coach familiar with the Red Bull system but also one familiar with the organization's philosophies on youth development, he checked another series of boxes in the hiring process

The real surprise in all of this, frankly, was that Thelwell was able to spend so freely to liberate the Austrian from his contract in England. Thewell famously told the press earlier this year that the roster wasn’t due for a rebuild, despite recently saying goodbye to club mainstays Luis Robles, Bradley Wright-Phillips, Kemar Lawrence, and Amir Murillo.

The inexpensive additions of Yearwood (221 minutes over six appearances) and Tetteh (45 minutes over three matches) in Thelwell’s first transfer window haven’t yet made a meaningful impact on the field.

Coach Struber left Barnsley noting that the Championship side didn’t “have the same ambitions and goals like me.” While New York fans don’t expect a return to superstar signings like Henry and Cahill, Thelwell must have sold Struber on a vision for an ambitious club on the Passaic, not the one that’s spent the last season and a half treading water in the middle of the Eastern Conference. After spending millions simply to bring Struber to Harrison, the only conclusion is that there must be meaningful investment on the roster to come.