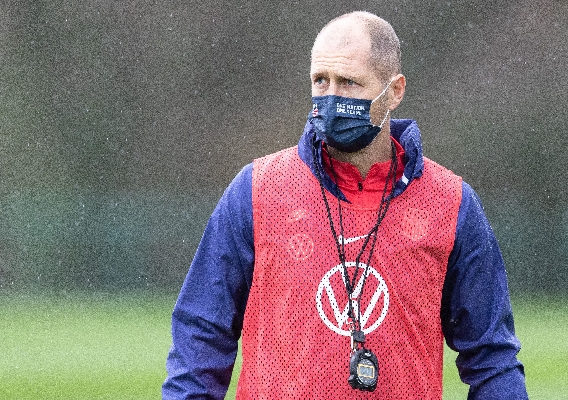 The USMNT roster is now out for March and it is very strong - despite the absence of Weston McKennie. Brian Sciaretta walks you through it, with quotes from Gregg Berhalter, about how it came together and which players to follow in the games against Jamaica and Norther Ireland.
BY Brian Sciaretta Posted
March 17, 2021
2:30 PM

ON WEDNESDAY MORNING, United States national team manager Gregg Berhalter revealed his 26-player roster for the upcoming pair of friendlies against Northern Ireland and Jamaica in Austria. The roster contains few surprises and is one of the deeper U.S. team’s fielded in years.

The U.S. team will face Jamaica in Wiener Neustadter, Austria on March 25 and then face Northern Ireland in Belfast on March 28.

Here is the roster as well as some thoughts and insight from Berhalter. 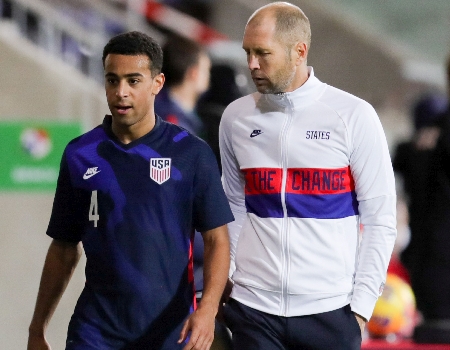 The roster contains few surprises and when Gregg Berhalter spoke to the media following its release, the absences of some players, he specifically addressed the challenges of putting together this roster.

COVID-19 restrictions played a big part in assembling this roster. For one, German-based players (and Reggie Cannon in Portugal) will return to their clubs after the first game against Jamaica to comply with local quarantine rules so that they are ready for their next games with their respective clubs. 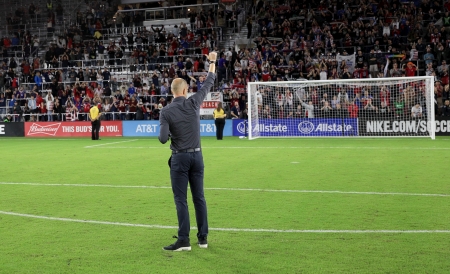 Berhalter also said that due to the COVID rules that limited many other players to just the first game of this window, he was unable to call up other players he had in mind. He specifically mentioned Jordan Siebtatcheu, Matthew Hoppe, and DeAndre Yedlin.

Also, Berhalter said there were several other players who belong with the first team but instead are with the U.S. U-23 team in Guadalajara for Olympic qualifying. That most likely includes Johnny Cardoso, Jackson Yueill, Jesus Ferreira, and Sebastian Soto – who have all earned caps under Berhalter in recent weeks.

In an interesting note, Berhalter said he advocated that LA Galaxy midfielder Efra Alvarez accept a call-up to play for Mexico this window so that he can see both sides before making his decision. In how Berhalter has handled other dual nationals, he’s earned the benefit of the doubt in terms of handling this.

Finally, Weston McKennie was left off due to an ongoing injury that has limited his minutes in recent weeks at Juventus. 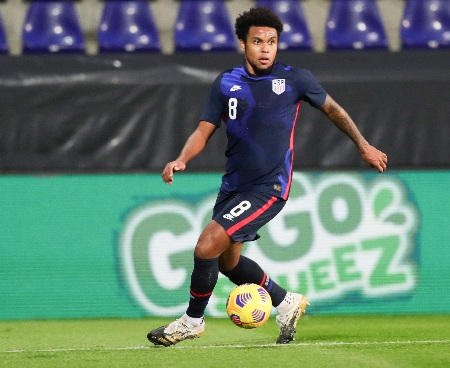 This makes for 19 players who will be part of the second game against Northern Ireland.

Josh Sargent hasn’t played for the United States in 18 months but the St. Louis native arrives into camp playing his best soccer of the past two seasons. He saw his three-goal scoring run snapped last weekend in a 3-1 loss to Bayern Munich, but still played well.

For Berhalter, he wants this confidence and this killer instinct to continue. 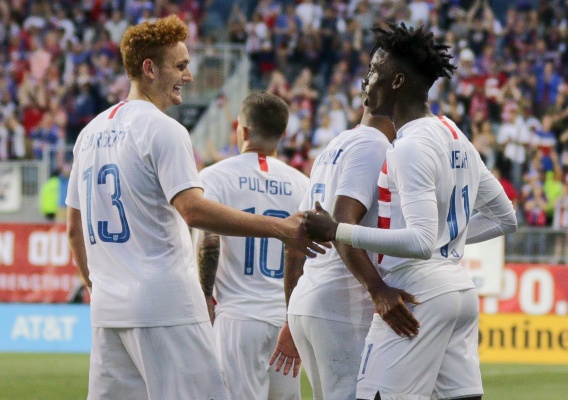 “We want goals from him,” Berhalter said of Sargent. “It's really simple. Our forward needs to score goals. When you look at our forwards since we've taken over, they've scored. It's what we are expecting from Josh. More specifically, his movement in the penalty box, he's really good at hold-up play, he's really good at linking up with players, but we really want him to have the mindset of putting the ball in the back of the net. I challenged him in the Caymen Islands against Cuba to score and have that mindset... hopefully against a difficult Jamaican opponent he will have the same mindset.”

Regarding Weah, Berhalter was pleased with the New Yorker’s progress this year for league-leading Lille. While Weah is not a typical starter, Berhalter notes the impressive progress Weah has made on the heels of a lost season in 2019/20 due to hamstring injuries.

“I think he's probably the most consistent he's ever been in his career right now,” Berhalter said of Weah. “Playing, getting consistent game time, playing for the league leaders in France. Playing in the Europa league games and they're doing well in the Cup as well. It's been great watching him. He plays a number of different positions. He can play winger or up front - good movement behind the backlines. He's aggressive with his shooting. Very good with his defensive pressure. I am very pleased with where Tim is at. It's been nice to see his progress. It's nice to see how his consistent minutes has led to improvement.” 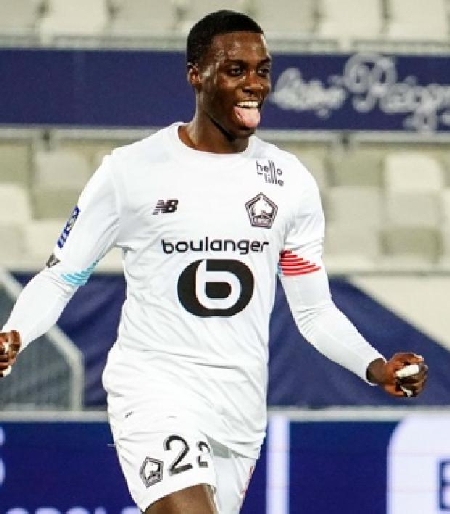 The roster includes three players who have a good chance at making their first appearance with the team under Gregg Berhalter: Heracles midfielder Luca de la Torre, Austria Vienna defender Erik Palmer-Brown, and AS Roma right back Bryan Reynolds.

For Palmer-Brown, he has been dealing with some injuries recently but has been playing very well in central defense for Austria Vienna. The former U.S. U-20 World Cup captain in 2017 has been part of Manchester City’s “loan army” in recent years but has been named to the Austrian Bundesliga team of the week three times this year. 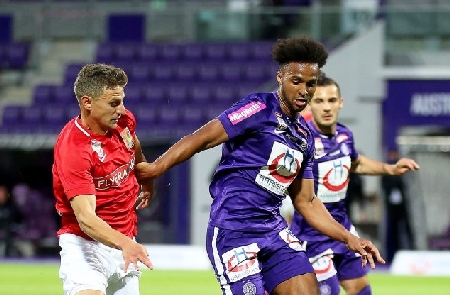 For Luca de la Torre, he is approaching his 23rd birthday but is only in his first season as a starter. Prior to this season, he struggled for minutes in England with Fulham but has since moved to Heracles in the Eredivisie where he has been putting in big outings as of late. When he first arrived in Almelo, he was playing on the left wing but now he is at home in central midfield.

“Luca is a great story of a guy who has been patient in finding a level he can compete at week in and week out,” de la Torre said. “He's been doing a good job - he's been scoring goals and has been a big part of their midfield. We know our midfield has a lot of options but it will be nice to see him and hopefully he can get on the field.” 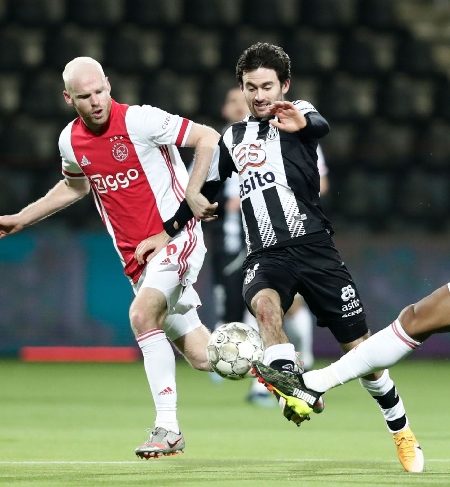 Meanwhile, Reynolds is a 19-year-old who has seen his career take off the past seven months. When Reggie Cannon was sold by FC Dallas, Reynolds moved into the right back position and was very impressive. His success prompted a bidding war between Juventus and Roma which would see Roma prevail. The Texan made his debut last weekend and became one of the few Americans to play in Italy’s top flight.

Reynold’s transfer was groundbreaking in away because it involved a young player based in MLS without national team experience and only limited youth national team minutes. That didn’t stop a bidding war between two top Italian teams.

“Bryan is going to be able to go to both games,” Berhalter said. “That was a factor, obviously. But more importantly, he's made a big step and we wanted to bring him into December camp to look at his progress but we weren't able to do that. Now we get a chance to look at him up close. He's a player we really think has big potential. Obviously making his debut at such a young age in Serie A with Roma is monumental. It will be great to see him up close.” 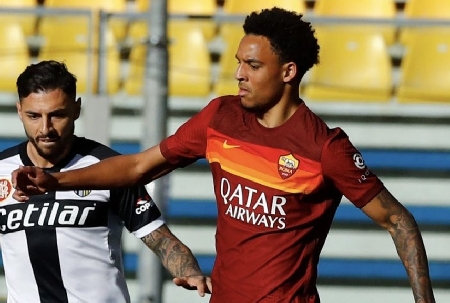 Aside from DeAndre Yedlin, and perhaps Sam Vines who might be in the top 23 as a backup right now, Gregg Berhalter was able to call-up his top defenders for at least the first game. John Brooks, Chris Richards, Matt Miazga, Aaron Long, and Antonee Robinson are all in place.

Assuming Brooks is a starter at this point, it is still an open question who starts alongside of him moving forward. Mark McKenzie still needs to earn more minutes at Genk and was not on this roster. Matt Miazga is playing well at Anderelecht and we will see how Aaron Long adjusts to life under a new manager in New York this season. 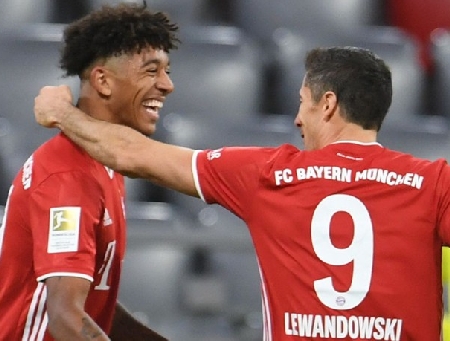 But Chris Richards is quietly emerging and Berhalter went into detail on his progress since going out on loan to Hoffenheim.

“We've been watching Chris play and [Hoffenheim] plays with a 5-3-2 and he plays left centerback,” Berhalter explained. “To me, it's really nice to see him play left centerback, a side centerback, and be able to pass the ball from root positions, even when he's using his right foot. He'll try his left foot sometimes, he's breaking lines. He's able to cover space behind the backline really well. For him being a young player and playing centerback, it's just about keep getting the games. At times he's making errors stepping into the midfield and opening space behind him - but we are completely confident these are things that he's going to completely improve on because he doing a really good job at Hoffenheim.”