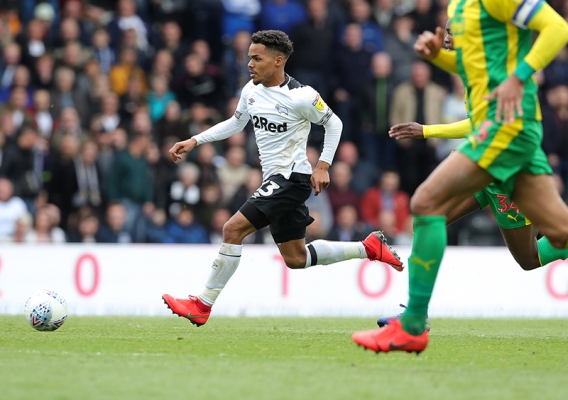 It's Friday, and that can only mean one thing, ASN's Brian Sciaretta is here with his weekend preview featuring a look at the 10 best game to watch from an American perspective.
BY Brian Sciaretta Posted
October 25, 2019
10:10 AM
THE UPCOMING WEEKEND for Americans fans features several important games to watch as players will be playing in important games throughout Europe. With MLS and Argentina off this weekend, the entire slate of top-10 games to watch will come from Europe.

Of course, there are still many key players missing. Cameron Carter-Vickers is likely out this weekend after picking up a laceration midweek. Weston McKennie is unlikely for Schalke’s Revierderby matchup against Borussia Dortmund. Tyler Adams and Tim Weah are still working their way back. John Brooks is still not back to his place in the starting XI for Wolfsburg.

Of course that still leaves us with plenty of good games to follow and here are the 10 best from an American perspective.

Christian Pulisic finally has a nice string of momentum at his back and for the first time since joining Chelsea, he is becoming a difference maker. While he is still coming off the bench, Pulisic is making the most out of his limited minutes and is a part of goals and scoring opportunities. This past week, he hit an 86th minute game-winning assist in a 1-0 win over Ajax in the Champions League.

So can Pulisic keep his momentum going? Has he done enough to crack the starting lineup or is he in a “super-sub” role? Visiting eighth place Burnley will be a good test for fourth place Chelsea which is slowly buying into Frank Lampard as its coach.

It would hardly be surprising to see Duane Holmes get this start for Derby County on Wednesday when it visits Hull City. And the game will likely feature two Americans as Chicago’s very own Eric Lichaj is not only Hull’s right back but is also the team captain.

Holmes had his hand in the winning goal midweek as his cross set up Chris Martin who assisted to Graeme Shinnie for a 90th minute winner in a 1-0 victory over Wigan Athletic. Holmes was a sub in that game but he looks likely to return to the starting lineup. A healthy Holmes is certainly a key for Derby to climb out of its disappointing 14th place standing.

Sitting just one place below Derby in 15th place is Hull City and captain Eric Lichaj will hope to lead his team at home to its second straight victory after a 2-1 win over his former club, Nottingham Forest, on Tuesday.

U.S. national team forward Josh Sargent is trending up right now for Werder Bremen and the St. Louis native scored last weekend in a 1-1 draw against Hertha Berlin. But on a game by game basis, Sargent is finding a way to be involved in either solid opportunities, goals, and assists.

Saturday will be the matchup of two midtable teams as 12th place Werder Bremen visit ninth place Bayer Leverkusen. The standings are tight and a win for Sargent and Werder can move it into the top 10 of the Bundesliga.

It’s been a productive season for Sargent who is becoming more consistent and such a trait will only help him as he grows into his role as a starter for the U.S. team.

DeAndre Yedlin has been solid for Newcastle United since returning from an injury which kept him out of the preseason and into the start of the 2019/20 season.

When watching Yedlin, his defense has improved substantially but now can he be an offensive threat with this team and create scoring chances from wide positions? Newcastle can certainly use all the help it can get.


Jesse Marsch and Salzburg lost a heartbreaking Champions League result to Napoli on Wednesday in a 3-2 defeat at home. But now this club must refocus to the domestic league and continue to maintain its grip on the lead in the Austrian Bundesliga. It currently sits with 29 points through 11 games with a +37 goal differential.

Rapid Wien is among the bigger teams in Austria and sits in fourth place with 21 points from 11 games.

The American head coach has to help his team keep its focus after a tough defeat in the Champions League.


If Zack Steffen, Alfredo Morales, and Fortuna Dusseldorf want to avoid a relegation fight, winning games against Paderborn is critical. Paderborn has just a single point through eight games and failing to pick up points against the cellar-dwellers is a blown opportunity.

Fortuna Dusseldorf are out of the relegation zone early in the season only on goal differential. Zack Steffen has done all he can in goal and has earned rave reviews for his play and he will have to keep it up. Alfredo Morales is aiming to return to the lineup after an injury followed by an illness kept him out.


Will Sergino Dest play for the United States or Holland internationally. We know a decision is approaching and he is keeping his cards close to his vest. We know that U.S. national team head coach Gregg Berhalter and soccer director Earnie Stewart met with Sergino Dest and his father midweek to continue to try to sell the program and prevent his defection.

Both Berhalter and Stewart played professionally in Holland for many years and Stewart went on to become the technical director for several Eredivisie teams.

Dest has a lot to think about right now and that includes Sunday’s game vs ninth-place Feyenoord. Dest has locked down Ajax’s starting right back role and had two assists last weekend in a 2-1 win over RKC Waalwijk.

Dest is the hot topic right now for American soccer fans. But how long will that be the case?


Hobro is a small Danish Superliga club but it has two very interesting American prospects – winger Emmanuel Sabbi and central midfielder Christian Cappis who are both regular starters for the club and prospects for the U-23 national team.

While both of these players are playing for a team that could be in a relegation battle, neither might be around by the seasons end. Both Christian Cappis and Emmanuel Sabbi are being watched by clubs further up the chain and Hobro will certainly look to be cashing in on its players.

With just about six weeks to go before the Superliga winter break starts, these upcoming games will be important for Cappis and Sabbi on individual levels.

From a team perspective, Hobro should be desperate to beat one of the few teams in the Superliga where it is favored to do so. Hobro is currently in 12th place with 12 points. Silkeborg is in 14th and last place with just six points.

Matt Miazga and Reading haven’t had the start to the Championship season that they’ve wanted but the standings remain tight in the Championship and a few wins could lead to a significantly improved standing in the table. On the other hand, a few loses could send a team perilously close to the relegation zone.

Right now, Reading is just two points clear from safety but six points away from the top half. Last weekend, Matt Miazga hit a dramatic winner in the seventh minute of stoppage time for a 1-0 victory over Preston North End. Then midweek, it rallied twice for a 2-2 draw on the road against Queens Park Rangers.

Saturday will be a tough challenge for Reading as Nottingham Forest sit in eight place with 22 points. But Forest is also struggling and has lost two in a row. So perhaps, Reading can add to the club’s woes.

Miazga is only starting to hit his stride again after an injury just before the last international break. He’s been playing well and perhaps can continue to provide stability to Reading’s defensive line.

American left back Antonee Robinson is playing very well at the moment for a Wigan team that is playing much better than its 19th place standing would indicate. It’s been generally solid at home and its road games as of late have been very close losses. Its offense has scored just 10 goals on the season (the lowest in the Championship) and if that was only moderately improved, it would be pushing midtable.

Robinson has been one of Wigan’s better players both in his ability to get forward into the attack and take defenders on with a dribble and his ability to defend and keep Wigan’s backline stable.

Bristol City will be a big test for Wigan as the club is at home and sits in fourth place in the 24 team league. But with challenge comes opportunity and Robinson will have another chance to showcase himself.

For American fans, Robinson has a good chance of being on the upcoming U-23 roster for the November camp.