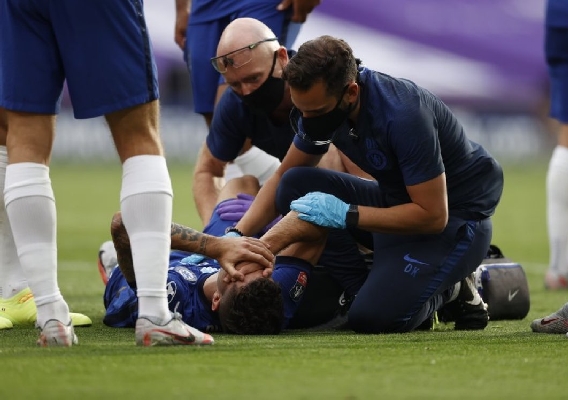 Christian Pulisic has shown he can be world class but how long will his latest injury keep him out? Also the semifinals are set in Orlando and the coaching has stood out among the final 4. Plus, the latest on the offseason transfer rumors. ASN's Brian Sciaretta walks you through it.
BY Brian Sciaretta Posted
August 03, 2020
6:30 AM

THE WEEKEND in American soccer saw its biggest start score a huge stage and then forced out of the game due to injury – the severity of which is not known. Then down in Orlando, the semifinals are set.

Here is a detailed look at the top stories

Pulisic scores and then injured

Christian Pulisic started the FA Cup for Chelsea against Arsenal on Saturday and, by now, everyone has seen his goal. It was one of the most high-profile club goals scored by an American player when you consider the stage and the history of the two clubs involved.

Here is is! Pulisic scoring in the FA Cup final to give Chelsea a 1-0 lead pic.twitter.com/j7lANdIFmG

But then minutes into the second half, Pulisic was engaged in a counter attack and injured his hamstring. He actually tried to continue through the end of the play but shortly went down and had to be helped off. For now, everyone awaits the scans to determine the severity of the hamstring strain.

Pulisic is certainly out for the upcoming Champions League leg vs. Bayern Munich but in that contest, Chelsea is already down 3-0 from the first leg and is unlikely to advance with our without the American winger. The worst-case scenario would be severe tear that would require surgery. The best case scenario is that he is out a few weeks but Chelsea allows him to relax into the upcoming preseason.

Pulisic’s first season with Chelsea has been exceptional when he’s been on the field but his ability to stay healthy probably has those in Chelsea very concerned moving forward. He badly needs to play 2000-2500 minutes across all competitions in 2020/21.

Orlando City right now is playing not like an underdog team making an surprising run in a tournament (that happens a lot). Instead, the team is playing like it clearly belongs in the top of the league. 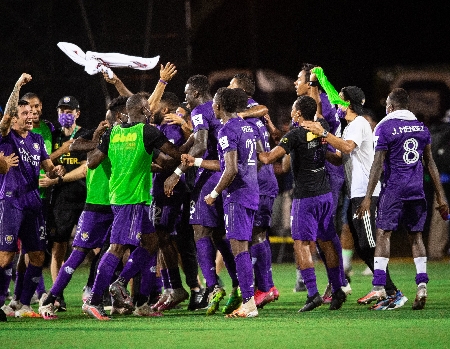 Here are a few thoughts from the game:

Joao Moutinho was the man of the match. The former LAFC defender headed home Orlando’s late goal and then buried his penalty. On top of that, he played great defense throughout.

As a manager, Oscar Pareja is one of the biggest success stories at the tournament. In this game, he had a plan to limit an LAFC attack that is strong, even without Carlos Vela. LAFC was left to trying to create opportunities through individual play and Orlando was mostly able to contain that. Orlando City was also able to deal with LAFC’s high press and still create more chances then their opponent.

One concern for Orlando moving forward is the status of Chris Mueller. The American winger didn’t appear to be 100% at the start of the game and when he landed awkwardly toward the end of the first half, it appeared exacerbate an arm injury. During the shootout, Mueller could be seen with his arm in a sling.

While LAFC had the lead into stoppage time, Orlando City was better on the day outshooting LAFC 17-8 and 9-4 from open play.

Orlando will play its semifinal vs. Minnesota on Thursday.

While San Jose had been one of the most likable teams in the tournament, its run finally ended when it met its toughest opponent yet – Minnesota United.

Credit Adrian Heath who came in with the approach to let San Jose win the possession battle and instead hit San Jose on the counter attack and do more with less possession. It worked.

San Jose out-possessed Minnesota 65%-35% but it was Minnesota that came away with a comfortable 4-1 win. San Jose out-passed Minnesota 528-294 but were toothless in the attack. Even U.S. national team midfielder Jackson Yueill completed 94% of his passes in this one but wasn’t part of anything dangerous.

San Jose was forced into taking very low-percentage shots from distance because it couldn’t crack Minnesota’s defense (which is also missing Ike Opara).

One particular player who stood out was Hassani Dotson who is normally a central midfielder but who filled in at right back and was one of the best players in the game.

And Minnesota was able to be so effective with limited possession because it had a variety of players that could score. There was no one player that San Jose could try to contain. Robin Lod, Jan Gregus, Jacori Hayes, Luis Amarilla with Aaron Schoenfield and Marlon Hairston coming off the bench were just too much.

San Jose will leave Orlando with their heads held high and they’re on the right track. Matias Almeyda has his team trending up. But Minnesota is quickly moving into the top echelon of teams in the league and San Jose needs more talent to bridge that gap.

The Portland Timbers are through to the quarterfinals after a 3-1 win over New York City FC. Portland fell behind 1-0 after a penalty but rallied for three goals in the win. In this game, it was able bring Diego Valeri off the bench in the second half to overwhelm New York.

Sebastian Blanco remains one of the best players at the tournament and he was on target once again against New York City – he has a history of being a nemesis to NYCFC. But between Andy Polo and Valeri, was too much for NYCFC to contain.

Portland had too many difference makers. The only hope NYCFC had is that Portland and its attackers would have an off-day, which they didn’t. This was an absolute gem from Peru international Andy Polo.

ANDY POLO WHAT HAVE YOU JUST DONE pic.twitter.com/gYE3azT7Wg

Portland will face Philadelphia on Wednesday night in its semifinal game.

Haji Wright has signed a two-year deal with Sonderjyske of the Danish Superliga. Wright is coming off a very difficult season with VVV in the Eredivisie where he had no goals and no assists. Sonderjyske finished 11th in the Superliga but won the Danish Cup and will play in Europa League qualifiers.

Ian Harkes, 25, made his Scottish Premier League debut over the weekend for Dundee United in a 1-1 draw with St. Johnstone. The son of the former U.S. national team captain was named to the Scottish Championship team of the season last season as it earned promotion to the top flight.

In 2013 how many would’ve predicted that in 2020 Aron Johannsonn would be on Hammarby, Mix Diskerud would be owned by Man City but on loan to Helsingborg, neither has played for the #USMNT in years, they’re starting against each other on 8/2/20, & Mix is playing as a center back?

Meanwhile, transfer rumors continue to swirl for Philadelphia’s Brenden Aaronson and Mark McKenzie. Aaronson is being linked to all sorts of clubs: Eintracht Frankfurt, Hoffenheim, and now Borussia Monchengladbach.

There will be plenty of news coming soon on other players. Expect some in the coming weeks on Antonee Robinson, Luca de la Torre, Eric Lichaj, Sebastian Soto, Erik Palmer-Brown, and possibly Chris Richards.