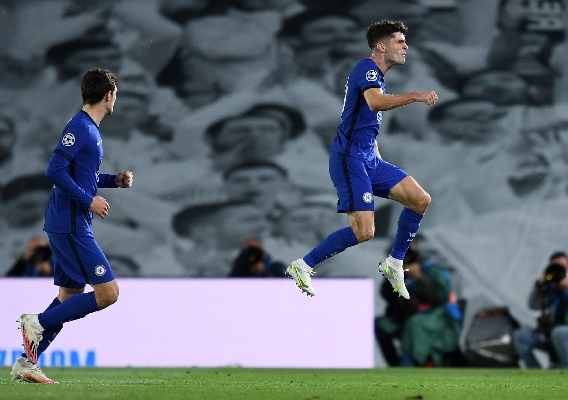 Christian Pulisic rasied the bar, again, for Americans in Europe with a stunning goal in the UEFA Champions League semifinals against Real Madrid. The Hershey native is now on the brink of the biggest club game in the sport. ASN's Brian Sciaretta breaks down his thoughts plus looks at other games - domestically and in Europe.
BY Brian Sciaretta Posted
April 28, 2021
1:05 AM

IN TERMS OF American soccer, Christian Pulisic’s goal on Tuesday against Real Madrid was the biggest and most important goal an American has ever scored at the club level. The Hershey native became the third U.S. international to play in the UEFA Champions League semifinal but his goal now has given Chelsea a strong chance to advance to the final.

Prior to this game, DaMarcus Beasley and Tyler Adams were the only Americans who had played in the Champions League semifinal – neither won it and neither scored. Regardless of what happens in the second leg, Chelsea will now return to London even 1-1 with the away goal thanks to Pulisic.

His 14th minute goal took a ton of individual skill in controlling a long, looping pass, dribbling to beat a defender and goalkeeper, and then finishing with a well-driven shot. Just like that, Chelsea had a lead and an away goal against the favored Real Madrid.

You’ll see this 1000x by the end of the day. I don’t care. I just want it on my timeline. Biggest club goal ever by a #USMNT player pic.twitter.com/RzE8tSiKHX

But perhaps the biggest takeaway is that Pulisic was really good – beyond the goal. His numbers reflected his outstanding performance. He drew six fouls, he successfully completed five dribbles, he won an outstanding 13 out of 19 duels, his crossing was accurate, and he completed 25/28 passes. 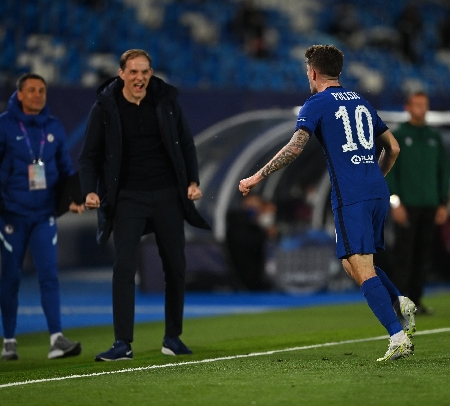 Eventually Pulisic was taken out in the 66th minute as part of a triple substitution but he had the biggest impact in the game for Chelsea.

When looking at the important goals Americans have scored at the club level, nothing really comes close to this. Tyler Adams scored in the Champions League quarterfinals, Pulisic scored in the knockout stages of this tournament before, Clint Dempsey scored a huge goal against Juventus in the Europa League, Jay DeMerit scored a winner in the promotional playoffs.

This was clearly different, however. Regardless of what happens in the second leg, Chelsea is 90 minutes away from the final because of a goal from Pulisic.

Elsewhere in Europe, the Austrian Bundesliga rolled on in the relegation half of the standings. In total, four Americans were in action.

Erik Palmer-Brown was terrific for Austria Vienna in a 0-0 draw with FC Admira Modling. Andrew Wooten started for Admira but did not have much to show for it. Palmer-Brown, however, played a big role in helping Austria Vienna keep a clean sheet.

Both Taylor Booth and Brandon Servania got the start for last-place SKN St. Poelten which was unable to come up with the win it needed in a 0-0 draw with SV Ried.

It was a stunning performance from the Philadelphia Union on Tuesday night in the first leg of the quarterfinal of the Champions League. While it seemed as if Atlanta United was in control in the first half, Philadelphia was able to frustrate hosts defensively and then take advantage of three different mistakes.

Kacper Przybylko scored goals in the 57th and 73rd minute while Anthony Fontana finished the scoring in the 86th minute. It was another big accomplishment for Jim Curtin who is trying to rebuild his team from the recent sales of Brenden Aaronson and Mark McKenzie. 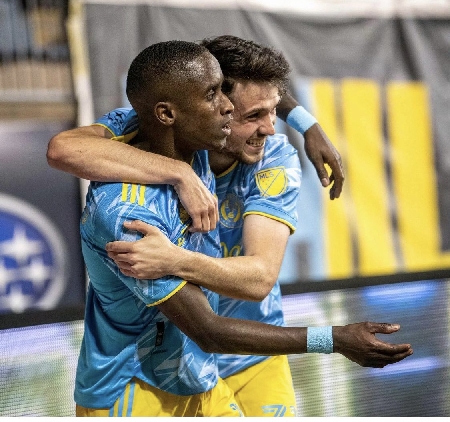 Offseason signing Leon Flach (a U.S. U-20 midfielder) from St. Pauli has proven to pay big dividends and he has been very good for the Union since joining in March. Last night he assisted on Przybylko’s second goal and was also instrumental defensively in keeping Atlanta off the board in the second half.

Assuming Anthony Fontana doesn’t score again in this game, between MLS, CCL, & the U.S Open Cup, he will have played 1103 minutes - he has 12 goals. Not bad for the 21 year old from Delaware. #DOOP

In the second game, Toronto FC fell to Cruz Azul by a 3-1 margin. Toronto was lucky that it wasn’t worse and many of its older players were exposed in this game and were frequently beaten for pace. Unlike the win over Club Leon, Toronto was unable to keep up.

Unfortunately for Toronto, it was without MVP Alejandro Pozuelo and new signing Yeferson Soteldo was still not with the team – not to mention still not being allowed back in Canada. Toronto will improve once these players are with the team, but competing with Cruz Azul shorthanded was always going to be an uphill climb.