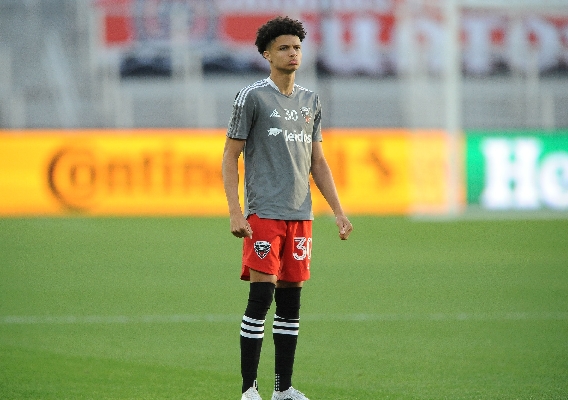 Paredes discusses his role on an improving DC United, training with the USMNT, U-20 team, and more

The Play Your Kids movement in MLS has been at another level in 2021 as many youngers have only raised their game following the success of player like Tyler Adams, Alphonso Davies, Daryl Dike, Brenden Aaronson, Mark McKenzie, and Bryan Reynolds. ASN's Brian Sciaretta spoke with one of the top teenagers this season in DC United winger Kevin Paredes.
BY Brian Sciaretta Posted
July 13, 2021
11:55 AM

AMONG THE MLS TEAMS that are leading the way integrating academy players into the first team, most think of FC Dallas, the Philadelphia Union, or the New York Red Bulls. Lately, however, DC United is making a strong push with players like Kevin Paredes, Moses Nyeman, and Griffin Yow all playing meaningful minutes and delivering strong performances.

Paredes, 18, has been particularly surging as of late with a string of strong outings which includes a MOTM performance in the most recent game, a 7-1 win over Toronto which saw Paredes open the scoring of a 7-1 rout.

Last season Paredes, a winger who also plays as a left wingback, took his first steps as a professional and he earned nearly 1000 minutes for DC United in a difficult season where long-time head coach Ben Olsen lost his job after the team finished 13th in the 14-team Eastern Conference.

For the current season club brought in Hernan Losada from Beerschot in Belgium and the Argentine manager has brought with him a high-energy pressing system similar to the style played by Red Bull teams. It is an approach that is very physically demanding and it requires all players to be effective defensively as well.

It took awhile for players to adjust, but lately the club has turned the corner and the win over Toronto now has DC United just one point out of the playoffs. 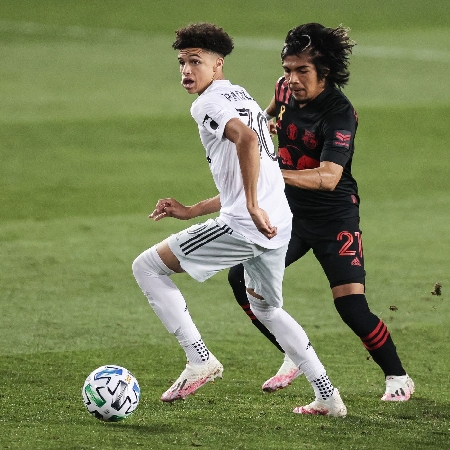 “We all had to get really adjusted to the way we are playing - a lot more fitness, a lot more running, a lot more disciplined than how it was for me in the previous years,” Paredes told ASN. “It took me a little bit to figure out what expectations and what he needed out of me - positioning wise and out-of-position wise…It's nice now to see that things are starting to click for everyone and for myself as well.”

“I'm starting to really like this defensive role, doing both things at the end of the field, getting up the attack, and then when it's time to close down on an attacker 1v1, I'm starting to get a lot more comfortable. I love tackling now,” he added. “I was holding myself too much, last year…I didn't really let loose, maybe I was a little bit timid or nervous in some areas. This year I'm starting to get my stride.”

A native of Loudoun County, Virginia, Paredes is part of a an impressive crop of young players within the DC United academy. Ahead of the Gold Cup, Paredes and Nyeman were invited to train with the United States national team last week.

Congratulations to 18 year old Kevin Paredes for his first MLS goal - giving DC United a 1-0 lead on Toronto. Paredes will certainly be a big part of the next U.S U-20 team. He’s been very solid this season - defensively too pic.twitter.com/XtpTeqCDiz

Paredes has had help along the way within the U.S. team and DC United. One of his mentors is Paul Arriola who also plays on the wing and, like Paredes, is also far from the biggest or physically strongest player on the team. Arriola has tried to instill a “no-excuses-type mentality” into Paredes - who has always admired Arriola’s ability to always find a way “get the job done.” But it is also Arriola who has helped given insights to Paredes as to what the national team is like and what are the requirements and expectations.

For Paredes he felt prepared for his first training sessions with the team, the experience was successful in giving him a boost of confidence and something to push for as his career progresses.

“I felt comfortable heading over there,” Paredes said of training with the U.S. team. “I just coming off a high streak of scoring with a couple good games. In the experience I learned so much from the players in my position and other positions. Gregg taught me so much in the short few days I was there. He taught me so much and the belief and the strength that he gave to me, it was unreal. Gregg is a big help. I didn't feel like I was the underdog, I felt I felt comfortable. I felt like this is where I belong.” 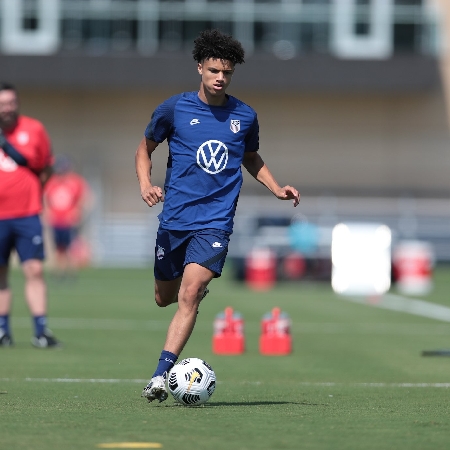 The path to DC United and the U.S. national team began when Paredes was young and growing up in Northern Virginia. His parents both immigrated to the United States from the Dominican Republic whien they were teenagers. His father played baseball, which is wildly popular in the Dominican Republic, but a sport Paredes and his older brothers lost interest. Instead, they played soccer. It began in their basement in a manner that was fun but also rough and had no rules.

While that form of the game instilled scrappiness that is evident in Paredes today, eventually he moved to a more structured environment in the DC United academy. After producing there, he eventually had the chance to train for the first team – which was both massively inspiring and yet eye-opening.

“When I got my first invite to training and seeing these great players like Rooney, Acosta - that was a time I felt a little nervous - I wouldn't say out of place but I felt like I needed a lot of things to work on to become one of them,” Paredes said. “I was up for the challenge. I wanted that satisfaction to see that if I continue to work hard, keep my head down, I will become a player like them. Throughout the whole academy experience, I think that sometimes I would be the underdog and that would give me motivation to work harder. That experience of being the underdog is the best feeling.”

“It's very, very nice to see what the DMV has to produce, and I know there are many more like us who are hungry to be in the position that we are,” he added on the growth of DC United’s homegrowns pathway. “I think that's going to be a huge motivation for younger players in our area to become players like us or even better.”

The first half of 2021 has seen Paredes achieve several personal milestones but the second half could see him achieve even more. DC United is attempting to claw back into the playoff positions and return to postseason play. Like other top young MLS players, he is also hoping to gain the attention of European clubs in top leagues to join the ranks of Brenden Aaronson, Mark McKenzie, Bryan Reynolds, and now Tanner Tessmann and possibly Gianluca Busio on a growing list of players to make the jump. 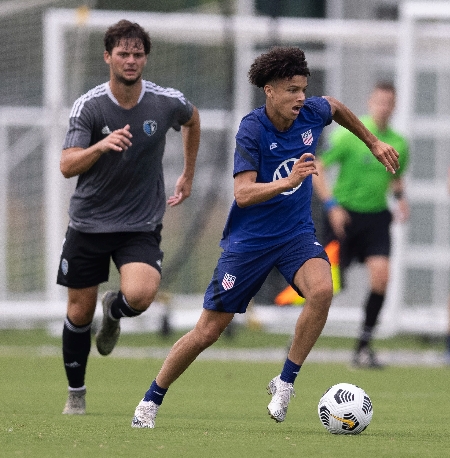 There is also the topic of the national team and while senior team is preparing for World Cup qualifying, Paredes has the opportunity of being U-20 eligible for the 2023 cycle. That team will likely be returning to the field in the fall and even though the U-20 World Cup is still two years away, there are already a growing number of players who are key contributors to their clubs. In addition to Paredes and Nyeman, the 2003 birth year consists of an impressive amount of talent which includes Ricardo Pepi and Justin Che of FC Dallas, Caden Clark of the New York Red Bulls, and Cade Cowell of the San Jose Earthquakes.

Paredes looks forward to seeing this group make a footprint on the game in the near future.

“It's so special to see these 2003's who are striving and doing great,” Paredes said. “That, for me, makes playing so much more fun knowing that I have competition. I think it makes all of us want more. That's what makes it so special.... it's just building up competition, building up numbers. And then when we get that opportunity, I know we're all going to click very well.”