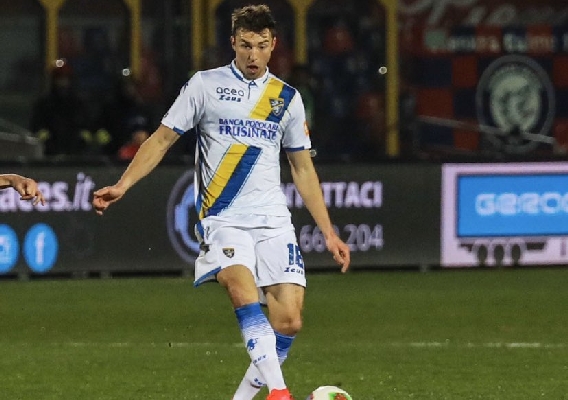 Unless you were John Brooks, this wasn't a weekend to celebrate for USMNT regulars. In the world of Americans abroad, this was a weeked for the other guy - like Palmer-Brown, Matarazzo, Novakovich, Gooch and others. ASN's Brian Sciaretta breaks it all down and explores how it could open the U.S. door for others.
BY Brian Sciaretta Posted
February 23, 2020
9:00 PM

If you just run through the list of those in the current U.S. pool, it’s kind of startling.

On the domestic side, the season hasn’t even started yet but already there are injuries to Michael Bradley, Paul Arriola, and Miles Robinson.

So, putting together the upcoming rosters for the full national team, the U.S. U-23 team for Olympic qualifying, and the U.S. U-20 team is going to be an adventure.

But this weekend saw some interesting names make their case and improve their resumes. Lynden Gooch, Andrija Novakovick, and Erik Palmer-Brown are three such names.

Essentially the one USMNT regular to perform well was John Brooks who was outstanding for Wolfsburg in a 4-0 win over Mainz. Brooks, who had been benched, looks to have won his starting job back after taking advantage of a red card suspension to a teammate.

With that said, here is a look at the weekend for Americans abroad.

Andrija Novakovich is raising his game at the right time for both club and country. His club team, Frosinone, needs big performances from its players in the midst of a promotional hunt to climb into Serie A next season. The U.S. team badly needs forwards who are playing well.

The situation for the U.S. team is well known. Josh Sargent is struggling for an awful Werder Bremen team that has deep problems. Jozy Altidore is always hurt. Gyasi Zardes is inconsistent. Jesus Ferreira and Jeremy Ebobisse are likely with the U.S U-23 team. Bobby Wood is now an after thought. Other players like Sebastian Soto aren’t ready. That opens the door for Novakovich.

For Frosinone, the club moved into second place of Serie B after a 2-0 on the road in Southern Italy vs. Cosenza. Novakovich scored the game’s opening goal – his second of the season. It was the team’s fifth in a row and it should be a riveting final 13 games of the season to see if it can climb to the top flight of Italy.

Lynden Gooch is in a similar situation to Novakovich. He’s just too old for the U.S. U-23 team but is leading his club in a promotional hunt and could be an option for an injury-depleted U.S. national team. Like Novakovich, he hasn’t appeared for the U.S. team under Berhalter.

Gooch, 24, has been exceptionally loyal to Sunderland – and has been affiliated with the club since he was 10. He played in the Premier League with them and stuck with them through two straight relegations. Now he’s leading the charge to get them back into the Championship.

On Saturday, Gooch scored a delightful goal in a 3-0 win over Bristol Rovers. For Gooch, it was his 10th goal (and he also has two assists) in now 2009 minutes this season. But the true story is that he is now peaking at the right time. Over his last 12 games, he has six goals and two assists. Even more important, over those 12 games, Sunderland has won nine times, drawn twice, and lost only once. It now sits in fourth place and is just three points outside of the automatic promotional playoff spots.

A superb team goal from back to front ???? pic.twitter.com/s18cdMtnet

Gooch is playing in the third tier of England but with the injury wave hitting the U.S. team and the Santa Cruz native being able to play numerous positions, maybe his name resurfaces.

Erik Palmer-Brown is now a regular starter for an Austria Vienna team that is stuck in seventh place in the Austrian Bundesliga. But he is playing well right now and helped the team salvage a point in a 2-2 draw against a Jesse Marsch-coached Red Bull Salzburg.

Palmer-Brown, 22, scored off a header in the 89th minute to provide the equalizer in Vienna. To make things even more interesting, U.S. U-23 head coach Jason Kreis was in attendance to watch Palmer-Brown as Olympic qualifying approaches.

Would Palmer-Brown get released for the qualifying tournament? I think so. The club is not really in the mix for a European spot nor relegation. Keeping Palmer-Brown happy would potentially open the door for taking him on another loan.

Palmer-Brown would bring a lot of experience with him to the U-23 team. He tends to be overlooked in the list of American prospects but his resume is pretty good. He has played with the full national team and was successful in two U-20 World Cups (and was the captain in 2017 when it won CONCACAF as well). Now it would be up to Kreis to select him.

Meanwhile for Jason Kreis and Red Bull Salzburg, a situation that was once full of promise has hit a snag. The club is now three points behind LASK in the table and is nearing an early elimination from the Europa League. Of course, Marsch wasn’t dealt an easy hand with the winter sale of players including the global sensation of Erling Haaland. But, this is the life of coaching a club that sells players. How quickly can he readjust?

The best story in the world of Americans abroad right now doesn’t involve a player, but rather a coach. Born and raised in Fair Lawn, New Jersey, Pellegrino Matarazzo earned his first, first-team head coaching gig when he was hired during the recent winter break to lead Stuttgart in its promotional challenge. Despite being in the second tier, Stuttgart is one of Germany’s biggest clubs.

The club has responded to the American and it defeated Jahn Regensburg 2-0 on Friday. With the win, the club moved into sole possession of second place and into the automatic promotion zone. Matarazzo is on a role and his team has now accumulated 13 out of a possible 15 points in his five league games in charge.

And the team is playing very well under him.

And another note, Matarazzo’s Stuttgart team has outscored opponents 10-1 in the 5 games since he took over

For those who appreciate an interesting piece of trivia, there are two American born/raised managers at major clubs in Europe: Jesse Marsch at Red Bull Salzburg and Pellegrino Matarazzo at Stuttgart. On October 28, 1995, the two played against each other when Matarazzo and Columbia University defeated Marsch and Princeton University 1-0. And Bob Bradley coached in that game too so that one game marked a brief moment when all three American born/raised managers of major European clubs were involved.

And Part 2 of my tweet. Princeton was coached by Bob Bradley in the loss. So in one college game in 1995 between Columbia and Princeton, involved were the only 3 future American born/raised full-time managers of major European teams by 2020. @thegoalkeeper @PaulCarr

Two of the more promising young Americans had weekends they would prefer to forget. McKennie and Schalke were blown out by RB Leipzig 5-0. Dest and Ajax were upset by Heracles 1-0.

For McKennie, he wasn’t bad and but wasn’t great. He was pulled in the 56th minute when the score was still just 1-0.

#Wagner: "The game started really badly for us. We played badly and completely deserved the defeat. It's important that we analyse this honestly. We have to accept this and work hard to rediscover our form." #S04 | #S04RBL pic.twitter.com/Ez1mddoVOB

For Dest, he wasn’t effective either offensively or defensively in the loss and was sloppy with the ball at times. Dest has been playing great soccer in recent weeks, so this was probably an outlier. But hopefully he learns from the experience.

While he isn’t part of the national team pool, Chris Durkin had a game to forget when he was pulled at halftime for St. Truiden in a 4-1 loss to Gent. Durkin left with the score 3-0 but was far from the only problem St. Truiden had on the day.

For all the talk over "Fury vs wilder 2" this weekend marked the second time in recent weeks that Werder Bremen and Borussia Dortmund met. The last time, Werder Bremen upset Dortmund in the German Cup 3-2 and that game featured the now famous wondergoal from Gio Reyna. This time, Dortmund cruised to a 2-0 win in Bremen.

This game, lacked the American fireworks. Reyna played the final 13 minutes and Sargent played the final seven. Both players came on with all the goals having been scored. For Reyna, he continues to be interesting and following an set plan the club has made for him at this early stage of his career.

For Sargent, it’s gut check time. He is not the problem for Werder Bremen but can he help a club with its back against the wall in the midst of a relegation fight? So far, it’s been challenging as forwards have been starved of service. That being said, Sargent could still be doing better – but it’s a terrible situation.

The numbers are staggering. It hasn’t scored in 337 Bundesliga minutes. Over the last 10 Bundesliga games, Werder Bremen has been outscored by opponents by an embarrassing 25-3 margin. Sargent has played just 23% of those 900 possible minutes the past 10 Bundesliga games. He’s not the problem, but he’s looking understandably lost and frustrated too – but so is every other one on the team.

Joel Sonora earned his first start for Arsenal de Sarandi since November 24. But he lasted 65 minutes in an ugly 4-0 loss to Valez Sarsfield. He came out just after the final goal.

For Alan Sonora, 21, he played the final five minutes for Independiente in a 1-0 loss to Diego Maradona’s Gimnasia. It was a poor result at home but for Sonora, it was his Primera debut after making his overall professional debut in the Copa Sudamericana.

Of note, United States national team manager Gregg Berhalter was in Mexico over the weekend and met with Necaxa’s Ventura Alvarado. That night Necaxa lost to Club Leon 2-1 and Alvarado was partially responsible for a Leon goal. But it is easy to see why Berhalter would be interested with Alvarado right now with the U-23 team and injuries draining the player pool.

Gregg Berhalter meeting with Necaxa central defender Ventura Alvarado tonight. Necaxa lost to Club Leon 2-1. Alvarado hasn’t played for the #USMNT since the loss to Jamaica in the semifinals of the 2015 Gold Cup https://t.co/smsDgJyMPd

There were a lot of Americans in relegation battles at various levels.

Niko Gioacchini, 19, wasn’t part of any goals or assists, but he had a nice game in helping SM Caen secure an impressive 4-1 win over 3rd place Lens in France’s Ligue 2. That surprising win moves Caen closer to midtable and further away from the drop zone.

Cameron Carter-Vickers and Luton Town had their two game winning streak snapped by Charlton Athletic in a 3-1 loss. Luton Town moved back into the Championship cellar.

In the Bundesliga, Alfredo Morales and Eintracht Frankfurt came up with a huge 2-0 win over Freiburg and Morales came off the bench in the 67th minute to preserve the win. That keeps Fortuna in the relegation playoff positions and trailing Mainz by two points for automatic safety.

In Denmark, Christian Cappis was suspended but Emmanuel Sabbi and Hobro suffered a tough 2-0 loss to leaders Midtjyalland and are still in serious danger of being relegated.

In League One, U.S. U-20 forward Charlie Kelman went a full 90 for Southend United in a 3-2 loss at home to Burton Albion. Southend United is 15 points deep in the relegation zone and Kelman will likely be sold this summer.