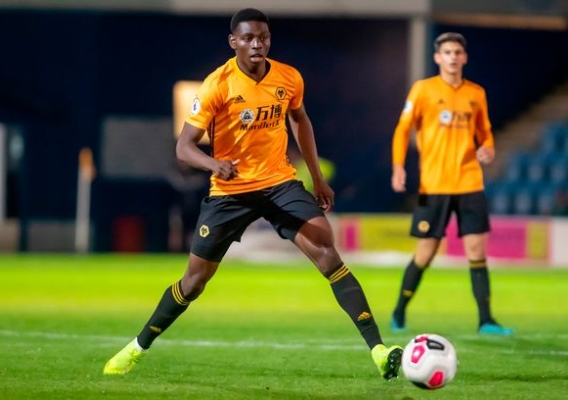 An American teenager making a debut for a Premier League club is always cause for a celebration and it was also a memorable day for Christian Pulisic. For many Yanks in the Championship, it was a day to forget. Brian Sciaretta reports.
BY Brian Sciaretta Posted
December 12, 2019
4:25 PM
IT WAS SUPRISINGLY a revealing couple of days for American players – even excluding the Champions League games. The Europa League saw an impressive debut for a young U.S. youth international and the Championship also featured several American players. Finally, U.S. Soccer revealed the winner of its top award and it was not a surprise.

With that said, here is a look at the top stories.


U.S. youth international Owen Otasowie, 18, has been fliting with this first team debut for Wolves for a few games now after he went as an unused substitute in the team’s previous Europa League game and in a recent Premier League game.

On Thursday, that debut finally came for Otasowie as Wolves hosted Besiktas in the Europa League group stage finale for both teams. This was a good game for Otasowie to get some minutes as the game was essentially meaningless. Coming into the game, Wolves had already clinched advancement to the knockout stages and Besiktas was already eliminated from the next stage.

Otasowie is a tall and skillfull player who can play either in a defensive midfield setup or in central defense. With Wolves romping a poor Besiktas team 4-0 in the 73rd minute, Otasowie came into the game in central midfield.

Minutes into his debut, his header forced a great save and he nearly scored with one of his first touches. The rest of his debut was simply helping Wolves cross the finish line with ease.

This was great news for Otasowie because he continued to show he is progressing at the club. Yes, the stakes in this game were nothing but the team could only play so many experimental players – and Otasowie was one of them.

It is important to note that the schedules for English clubs becomes very condensed around the holidays and depth is tested. It would seem very possible that Wolves is preparing Otasowie to be one of the depth players that can help them get through the rapid succession of games. This was certainly an exciting development for him.

For he U.S. system, Otasowie is likely going to be considered for the upcoming U.S. team whenever Wolves will be willing to release him. The recent U.S. U-20 teams have thrived on having professional players and Otasowie fits that description. With the U-20 team not deep in central defense, he would fill a big need there.

On a related note in this game, Tyler Boyd went a full 90 in the loss and the entire Besiktas team looked disheartened. It is unfortunate for the U.S. national team winger that he has been unable to get himself going this year and he looks to have lost his confidence from the second half of last season.

Pulisic wins Player of the Year

It was a big no brainer but Christian Pulisic won U.S. Soccer’s Male Player of the Year award on Thursday for the second straight year. The runner-up was Jordan Morris who impressed this year for both club and country after coming back from an ACL tear.

But Pulisic pushed boundaries across the board. Both with playing massively important games for Borussia Dortmund and now Chelsea. He has been a regular starter for two of Europe’s biggest clubs and has delivered on big stages. He also forced a transfer of over $70 million – which shattered the previous record for an American player of $20 million.

Pulisic, 21, has all the momentum heading into 2020 and with the stage he is going to be playing on, it will be hard to top him.

The once-surging Fulham lost to Preston North End 2-1 on the road. It was a disappointing loss and the second in a row for Fulham which lost at home to Bristol City. Tim Ream once again went a full 90 and 2017 U.S. U-20 World Cup midfielder Luca de la Torre made a 90th minute cameo.

Eric Lichaj went a full 90 for Hull in a 2-1 away loss to Leeds United. Matt Miazga went the distance for Reading in a 1-1 draw away at Barnsley. Geoff Cameron played 90 minutes for Queens Park Rangers in a 2-0 away win over Barnsley.

Antonee Robinson went the distance for Wigan Athletic at left back in a solid 1-1 draw with promotion contending West Bromwich Albion. The result was positive for Wigan but it still has just three draws and five losses from its last eight games (earning a possible three of 24 points).

Finally, Duane Holmes went the distance for Derby County in a 1-1 draw at home to Sheffield Wednesday. Derby’s goal came from a highly questionable penalty drawn by Jack Marriott and converted by Chris Martin. It did little to suggest improvement in Derby’s offense which has scored just three goals from its last six games.