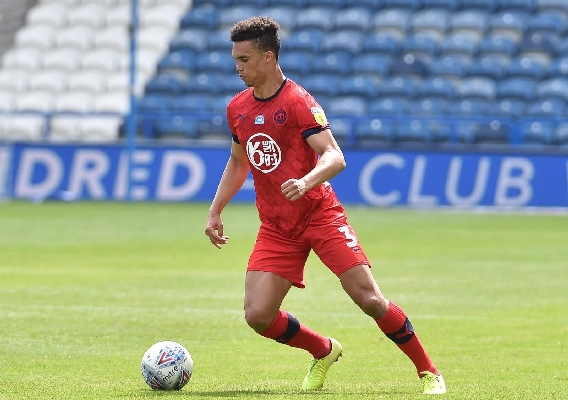 There weren't too many games midweek for Americans but three different Americans were awarded new deals in Europe. Also, Orlando is approaching and nobody knows what to expect. ASN's Brian Sciaretta is here with the latest
BY Brian Sciaretta Posted
June 24, 2020
4:30 PM

AFTER A VERY eventful weekend for American soccer, there has been plenty of midweek news to keep it rolling as the weirdest Summer of Soccer rolls on.

Right now, Germany’s top two flights are ending but at least one American will be involved in the promotion/relegation playoffs. England is picking up steam and players are landing new deals in Europe

Meanwhile stateside, MLS is getting ready to head to Orlando and nobody knows what to expect.

Here are the headlines

MLS clubs begin arriving in Orlando this week for the MLS Is Back tournament which will open in two weeks on July 8.

ASN is going to be covering this tournament as it happens – or hopefully happens. We will have match recaps, player interviews, and analysis as it progresses.

An effort to return to the field is to be applauded. For all of the difficulty in getting this tournament rolling and the ill-feelings between owners and the players, it has still figured things out before MLB, the NBA, and the NHL. Sports, at its best, can been a unifying force or a welcome distraction to everything else going on in the world.

It is unfortunate that MLS is heading into Florida as COVID-19 cases rise but hopefully testing will be thorough and the “bubble” at the team hotel and fields will keep it isolated from the rest of the city.

It should be a fun tournament too and something that is unpredictable. The winner of short tournaments is often different from the winner of leagues. There are marathon runners and sprinters. It’s anyone’s guess who wins.

EDIT: and but this is still going to be tough to pull off.

3rd Degree has multiple sources confirming that as of late last week more #FCDallas players have tested positive for Covid-19. Details to come.

We reached out to FC Dallas but they have declined to comment.


With that said, here is the schedule

In one of the biggest games of the year pitting the top two teams in the Austrian Bundesliga, Red Bull Salzburg delivered with a thorough domination of second place Rapid Vienna 7-2. For American manager Jesse Marsch and his team, the title is within grasp.

With three games remaining, Salzburg has an eight-point lead on LASK – which moved into second place with Rapid’s loss. It also has a +32 goal differential advantage over LASK to easily hold the first tiebreaker.

With a win this Sunday over Hartberg, Salzburg can clinch the Austrian Bundesliga to secure its double after winning the Austrian Cup last weekend.

Ian Harkes, 25, made 25 appearances (20 starts) in the Scottish Championship with Dundee United. The club was way into first place before the season was declared over during the COVID-19 shutdown. Dundee United was awarded the league title and promoted to the Scottish Premier League next season.

The season has been over for months now but it has been a good week for Harkes – who was first named to the Scottish Championship team of the season. Then second, he was awarded a new two year contract with the club as it heads to the top flight.

????? With over 64,000 public votes over the week, here is your @Ladbrokes Championship Team of the Season.

Who would make your #TOTS? Drop your teams in the replies!#SPFL pic.twitter.com/KFguMC1WCI

The Scottish Premier League as been home to many American players over the years although last season saw only limited outings from Matt Polster at Rangers and Niko Hämäläinen (who represents Finland internationally) at Kilmarnock on loan from Queens Park Rangers.

Harkes is one of two American players at Dundee United. The other is Dillon Powers who joined the club in January on an 18-month contract.

Dallas native Patrick Koffi spent time with FC Dallas as a youth player but moved to France when he was still young. As he developed into a promising player, he joined Paris FC of League 2 and played with the club’s youth teams.

In the club’s final game before the shutdown, Koffi made his first team debut when he played the final seven minutes in a 1-1 draw with Troyes. He had gone as an unused substitute in the two previous games. In the end, the club narrowly escaped the relegation playoff position by two points.

Koffi is has never represented the United States at any youth national team level but his debut and his contract might give him a look when the U.S. U-20 resumes, likely later this year.

Josh Gatt, 28, has not had an easy career. He’s had numerous injuries – including three ACL tears. He showed promise playing an extremely fast winger when he was at Molde early in his career when he won two Norwegian titles playing under Ole Gunnar Solskjaer. That lead to two appearances with the U.S. national team.

But since then he has bounced around with Minnesota United, Colorado, Detroit City, back to Altach (his first club) in Austria. His wife was diagnosed with cancer last year and he resorted to a Go-Fund-Me campaign for her treatment.

???? #DundalkFC have concluded a deal to sign American winger @JoshuaGatt, pending international clearance. The 28-year-old has received a work permit and has signed a short-term deal with the Lilywhites.https://t.co/zseXowrGE9

Yesterday the Michigan native announced that he signed a short-term deal with Dundalk FC, the reigning Champions of the League of Ireland.

It is a very low paying league but Gatt remains an uplifting story. He’s been knocked down many times but he has always gotten back up.

Robinson makes team of the week

On Saturday, Antonee Robinson, 22, made a triumphant return to the field following a heart procedure to correct an irregular heartbeat. He ended up playing the full 90 for Wigan Athletic in a 2-0 win over Huddersfield that moved Wigan away from the relegation zone and into midtable.

Robinson’s fine effort was validated and rewarded by being named to the Championship team of the week.

In Germany’s 3.Liga, Hallescher was expected to be relegated heading into the season. But that probably won’t happen thanks to the signing of Terrence Boyd last year after a rough tenure with Toronto FC.

Boyd, 29, has single-handedly kept Hallescher alive and his two goals in Wednesday’s 5-3 win over FC Carl Zeiss Jena to move five points clear of the drop. For Boyd, it was his 13th and 14th goals of the season to go along with 10 assists. Hallescher has been lucky to have him, otherwise the club would be playing in the Regionalliga next year.