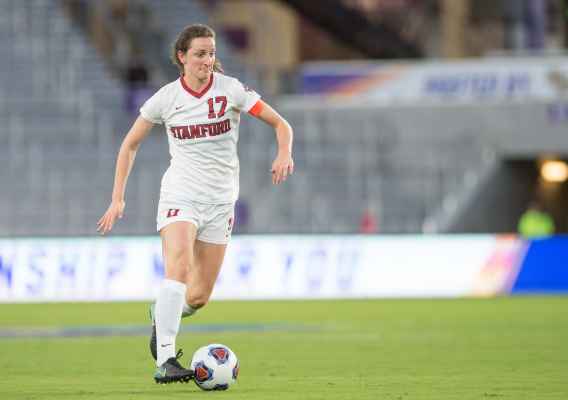 The NWSL draft took place on Thursday and ASN's John Halloran was there to report on the surprising chain of events that brought trades, surprise picks, and more.
BY John Halloran Posted
January 19, 2018
4:30 AM

PHILADELPHIA, P.A.– In a day full of surprises, high drama, and a trade involving the game’s biggest stars, the National Women’s Soccer League conducted its annual draft on Thursday at the Philadelphia Convention Center.

The biggest news of the day saw a mega trade between the Chicago Red Stars, the Houston Dash, and Sky Blue FC which ended up with—among other things—U.S. star Christen Press moving to Houston, 2-time World Player of the Year Carli Lloyd headed to New Jersey, and reigning NWSL MVP Sam Kerr going to Chicago.

While rumors had all three looking to change their respective club situations, the trade is notable due to its sheer size and scope and immediately became one of the biggest player movements in league history.

Overshadowed on the day, 40 college players saw their dreams come true, as the NWSL’s 10 squads brought a host of new players into their teams.

The Washington Spirit placed themselves as the most ambitious on the day, and perhaps the week, considering a series of moves leading into the day’s proceedings.

In 2016, the Spirit were only seconds away from an NWSL title, before the Western New York Flash nabbed a stoppage-time equalizer in extra time in the league final and then went on to win in penalties. Following the devastating loss, Washington began a surprising rebuilding process, trading away many of their key stars.

The massive shakeup to their roster resulted in a dramatic turn for the team and they fell into last place in 2017, only a year after nearly winning a championship.

This off-season, however, Washington has busied itself with a bevy of moves designed to regain its past glory. Last summer, they acquired U.S. starlet Mallory Pugh and just this week picked up American international Taylor Smith and former youth international Ashley Hatch.

In the draft itself, the Spirit had the No. 1 and No. 3 picks which they used to pick up two collegians who have already cut their teeth on the international level. With the first pick, they selected Andi Sullivan, the 2017 Hermann Trophy winner and All-American who led Stanford to a national title this past fall.

Sullivan already has four caps with the senior U.S. team, two of which she earned during her junior year of college. She is also a native of Virginia and grew up watching the Spirit as a youngster herself.

“I’m very excited to come back to [Washington] and play in the stadium where I grew up watching games for the team I watched growing up,” said Sullivan.

With the No. 3 selection, Washington picked Rebecca Quinn, a Canadian international who has already earned an impressive 33 caps with the senior Canadian team—despite only being 22 years old. This past fall, Quinn helped lead Duke to the College Cup, earned first-team All-American honors, and also has the versatility to play as either a center back or center midfielder.

Sandwiched in between the Spirit’s two early selections, the Boston Breakers selected Savannah McCaskill, who led South Carolina to the College Cup this past fall. A first-team All-American as well, McCaskill scored 40 goals in her college career, while earning 34 assists, and also earned a look with the U.S. senior team in last year’s January camp.

The entire first round