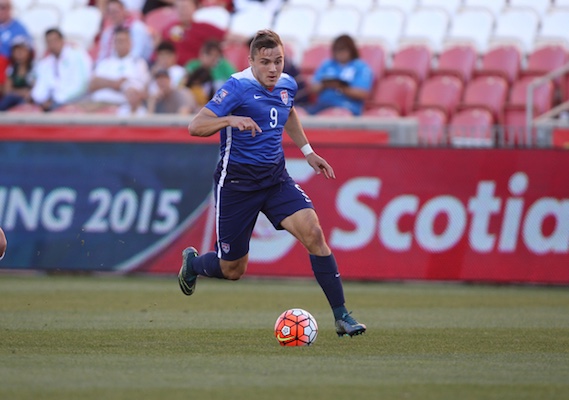 Morris' Decision Is a Major Win for Player, MLS

The young star seems to have chosen the Seattle Sounders over an offer from Bundesliga club Werder Bremen. Brian Sciaretta takes a look at what the choice means for his future and that of MLS.
BY Brian Sciaretta Posted
January 19, 2016
4:10 PM

While no announcement has been made specifically regarding the Seattle Sounders, expect Morris to be officially unveiled for his hometown side in the coming days.


Not exactly a surprise

Morris has always been consistent in interviews about his strong affinity for the Sounders. His father has been the team’s doctor for many years, and Morris, 21, grew up around the club as a result. He has trained with Seattle, played for Seattle’s youth teams, played in Seattle’s academy. The bond has been there for a long time, and it’s one that’s far stronger than most players have with their local clubs.

What’s more, Morris has a history of taking a longer-term approach toward his decisions. When he earned his first national team call-ups in 2014, after all, many assumed that he would turn professional after the college season ended. Instead, he returned for his junior year and won the NCAA title, probably earning a bigger offer from Seattle in the process.

One would have to imagine, though, that Morris’ ties to the Sounders were hardly the only factor.

Playing time, for one, was likely huge. Yes, the Sounders may already have Clint Dempsey and Obafemi Martins, but both those players are over 30 and also dealt with injuries and suspensions last season. That’s not to mention the fact that Seattle faded down the stretch in 2015, and coach Sigi Schmidt, who has given the impression that he’d play Morris right off the bat, will probably want to go with a deeper rotation. Morris’ minutes will be significant in 2016.

It’s tough to say for sure how much playing time Morris would have gotten at Werder, but the track record of Americans coming out of college and signing directly with a top league like the Bundesliga points to a huge learning curve. Most American college players who have found success bypassing MLS have signed first with smaller leagues and then worked their way up.

Moreover, Werder Bremen currently in 16th place in the 18-team Bundesliga, and that standing may only worsen: So far in this transfer window, the other teams threatened by relegation have been making significant moves. It’s not completely unheard of for younger or less experienced players to be involved in relegation battles, but coaches in those situations tend to favor more experienced players.

At this stage for Morris, first-team minutes are a priority.


Europe will always be there

The decision to sign with Seattle, of course, does not close the door to Europe forever. In fact, it could even give him better European options in a few years and leave him more prepared to make the jump to a higher level.

For many American-born or raised players, MLS has been a solid launching block into a top-five league: Just look at Clint Dempsey, Tim Ream, Maurice Edu, Carlos Bocanegra, Brad Guzan, Stuart Holden, and Geoff Cameron. All are examples of players who went to college, moved to MLS, and then had nice European careers.

The notion that MLS players have a tough time escaping the league is a bit of a myth. With few exceptions, the opportunity has presented itself to just about every consistent national team player over the years. And in terms of what will help Morris get to Europe and actually find success upon getting there, Seattle probably offers him the best chance to have better options than Werder Bremen in the future.


A big win for Seattle

When Seattle lost to FC Dallas last year in the Western Conference playoffs, it was an old and tired club. This is a team that badly needs a shot of youth, and Morris will certainly add that, greatly alleviating the pressure on Dempsey and Martins.

There was a stretch in summer of 2015 when Dempsey was away on national-team duty and Martins was injured—and Seattle could not buy a goal. The club’s offense went from the league’s best to its worst during that stretch. The signing of Morris will not only provide depth but another dimension to the attack as well.

Morris no doubt gave a lot of thought to this decision. Many supporters no doubt were hoping Morris would add his name to the list of Americans in top European leagues. But by signing with MLS, he leaves no doubt over whether he’ll have the proper stage on which to showcase his talents.

Werder would have come along with a number of risks outside of Morris’s control. The club’s future, the fate of its coaches, and as the eventual return of injured players like U.S. teammate Aron Johannsson were real question marks.

I generally like the idea of the best American players moving abroad, and I hope that Morris doesn’t end up an MLS lifer. But in Morris’s situation, MLS looks like it should be a solid starting point for what could be a long and productive career.