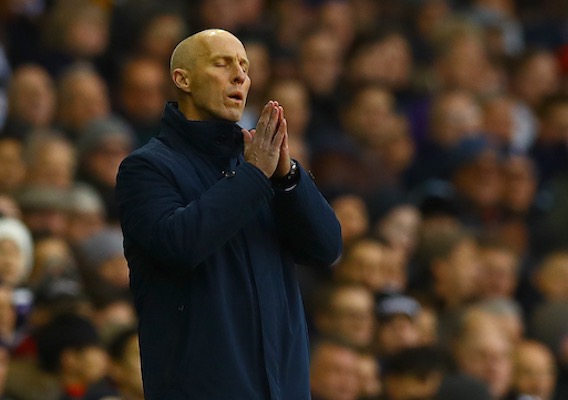 Tuesday is here and there is lots to talk about. An MLS blockbuster, Bob Bradley and LAFC are set for the expansion draft, many Americans abroad in action (including at the Club World Cup), and an awesome new crest
BY Brian Sciaretta Posted
December 12, 2017
4:00 AM
MLS CUP IS IN THE HISTORY BOOKS but with preseason starting next month, teams are making moves and Monday brought word of a blockbuster that Darlington Nagbe is on the verge of joining Atlanta United.

Sam Stejskal over at MLS Soccer has the details an according to his report Nagbe wanted a raise to $1 million per year. But with head coach Caleb Porter leaving the club after Portland’s playoff ouster, the decision to shop Nagbe became easier.

The likely destination for Nagbe seems to be Atlanta which would be an interesting fit. There is no question that United like to play an attacking style of play under Tata Martino and Nagbe could be a good fit. But can Nagbe replace Miguel Almiron should the Paraguayan star move to Europe?


The expansion draft will take place later today for LAFC. New manager Bob Bradley has already made some moves to go along with

Of course the club made a splash signing Carlos Vela earlier in the year and recently it signed Egyptian defender Omar Gaber from Basel. Gaber had played under Bradley when he coached the Epyptian team. Over the weekend, LAFC also acquired defender Walker Zimmerman from FC Dallas and Zimmerman remains in contention for a possible U.S. call-up in January.

But who will Bradley add today? There are some intriguing names who are not protected. There are reliabile commodities such has Clint Irwin and Chris Pontius. There are also former U.S. national team players such as Brek Shea, Oguchi Onyewu, Ricardo Clark, and DaMarcus Beasley with the final three having played at the 2010 World Cup under Bradley.

No matter what, we will learn a lot about Bradley and LAFC's direction after today. Specifically, the coming weeks will reveal if the club wants to make an ambitious entry into the league the way Atlanta United did in 2017.


There are several Americans abroad who have games today.


Finally, we don’t know much about Atlantic City FC other than they’re making some sort of announcement on December 21st. One thing we do know is that they have a truly amazing crest and supporters section logo. It's one of the best we've ever seen for an American soccer team. That’s a good start

Tremendous job by our designer @JeffOakley1 on the @JoinTheRevenge logo! Excited to get feedback on this from supporters! pic.twitter.com/vGT9WAknQL