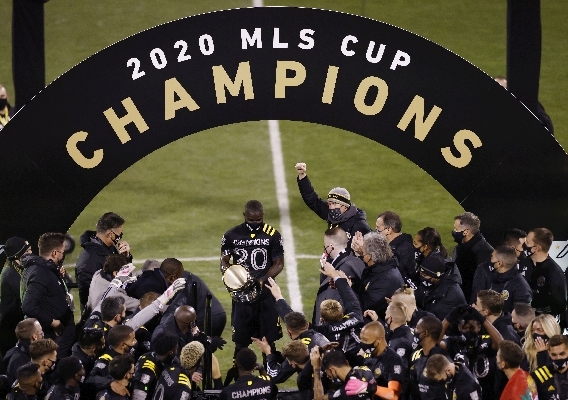 MLS CUP 2020: Thoughts on the Crew's surprising 3-0 win over Seattle

Columbus came into Saturday night playing a full-strength Seattle team that was playing in its fourth MLS Cup in five years - winning twice. Seattle had been the favorites the whole time, but with Columbus losing Darlington Nagbe and Pedro Santos the day before the game, it would take a special effort for Columbus to win. In the end, it got that effort and ASN's Brian Sciaretta is here with his thoughts.
BY Brian Sciaretta Posted
December 12, 2020
6:00 PM

IT HAS BEEN A WILD ride for the Columbus Crew the past two years. Previous owners wanted to move the team to Austin. A massive public campaign entitled “Save the Crew” proved to be successful and brought in new ownership, management, and the start of construction of a new stadium. Now, in the final game of 2020 and the 25th season of MLS, the Columbus Crew are the champions of the league.

Just like the past two seasons where nothing has been easy, winning this title was not easy. Going against the defending champions in the Seattle Sounders, Columbus was the underdogs in this one assuming both teams were at full strength. But then after Darlington Nagbe and Pedro Santos were forced out of the game due to COVID-19, the chances of Columbus winning this game seemed to be slim.

From the opening whistle, Columbus defied odds and were the better team. Lucas Zelarayan was masterful and due to a superb effort from Artur and teenager Aiden Morris behind him in the midfield, Zelarayan did not have to drift too far deep in the midfield. Instead, the big-money Argentine playmaker was able to focus on what he does best – attack. 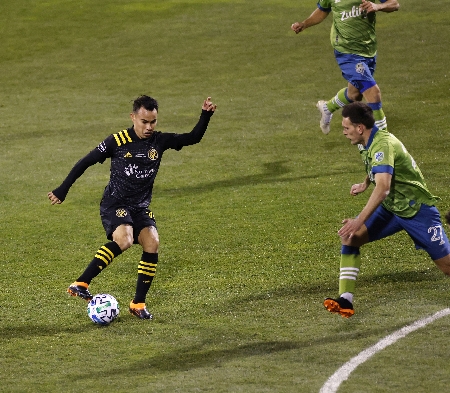 Zelarayan scored the opener in the 25th when he took a beautiful, looping Harrison Afful pass into the box and beat Stefan Frei from close range. Then six minutes later, Zelarayan fed Derrick Etienne out wide who then put Columbus up 2-0.

The first half was all Columbus but Seattle controlled long portions of the second half. In the end, it was denied by strong defending, good goalkeeping, and narrow misses with its finishing. But as Seattle was pressing, Zelarayan scored the team’s third goal of the game when he took a pass from wide right from Luis Diaz. Zelarayan had time to shoot, and made no mistake with a powerful shot to the upper left corner.

Zelarayan finished with two goals and an assist in a 3-0 win over Seattle. Columbus Crew won its second ever MLS Cup and was the first original team to win the title since the LA Galaxy won in 2014. Heading into 2021, it has all the elements of a team that should compete well into the future. 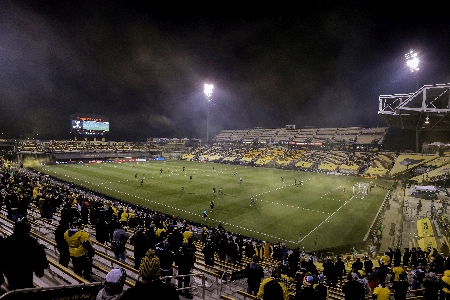 Here are my thoughts on the game

Zelarayan’s performance in this game was one of the best performances in the history of MLS Cup. Seattle knew that Zelarayan was the only hope that Columbus had in this game given its missing players, and it still could not stop him. 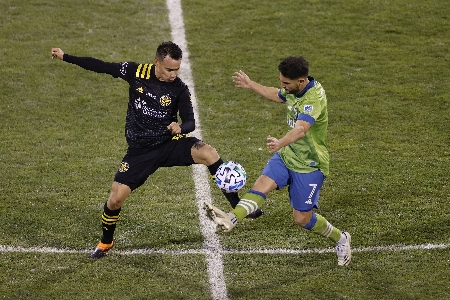 His numbers were simply outstanding

These numbers were so good because they are accurate in how complete the performance was. He was able to shoot well, he passed well, he created numerous chances, he crosses, he dribbled, when he dribbled, he was fouled repeatedly, and he was able to keep going despite taking a physical beating from Seattle. 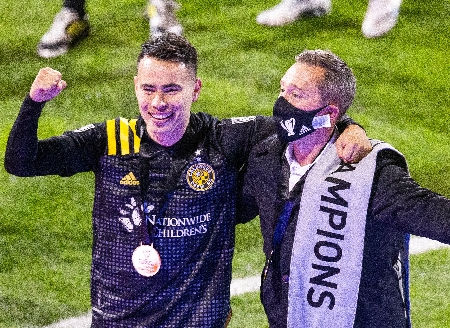 It was nothing short of dominant and Columbus certainly got a huge return on a player it paid $7 million to Tigres to sign. Zelarayan factored into all of the goals for Columbus in the post season and was easily one of the league’s best players all season long.

Pedro Santos was the team’s leader in assists in 2020 and was a big part of how the team loved to attack up the wings. Coming into this one, Derrick Etienne Jr. started in place of Santos and it was his first game in over a month. Etienne responded with a big outing, scoring the team’s second goal and being dangerous throughout.

While Etienne attacked from the left side, the right side was also in fine form as right back Harrison Afful earned one assist on the opening goal and Luis Diaz earned the assist on the final goal.

They stuck true to their style and their approach, and it worked despite the shorthanded nature.

When Darlington Nagbe was ruled out for this game due to COVID-19, it was decided that U.S. U-20 defensive midfielder Aiden Morris would start in his place - and in doing so became the youngest starter in the history of MLS Cup. Morris is a homegrown player that came up through the academy ranks but had only started twice in the regular season.

"I believe in young players, if they're good enough,” Porter said. “Aiden Morris is a winner and a fighter... I thought he was unbelievable today."

Never underestimate the heart of a homegrown.

Porter cited Morris’ ability to win balls and his fearlessness style of play of things he saw in training. Over 90 minutes, Morris reflected what his coach saw in him.

The goal sequence started with Aidan Morris winning a loose ball at midfield and then smoothly turning out of pressure.

What were you doing when you were 19? pic.twitter.com/mR0JzLhNX2

Next year will now see expectations for Morris raised. He is likely a starter for the U.S. U-20 team, whenever that cycle restarts, but he should be a big part of Anthony Hudson’s plans for the U-20 World Cup in May/June.

For the Crew next season, it will be critical for Morris to earn regular minutes to grow as a player and develop. It is not easy to earn minutes as a young defensive midfielder but Morris should have earned a lot of trust and respect from his teammates and Porter.

Seattle is a team that has been on a phenomenal run and this current core of Lodeiro, Jordan Morris, Raul Ruidiaz, Stefan Frei, and head coach Brian Schmetzer are among the most successful core groups in the history of MLS. But there are always questions as Schmetzer needs a new deal, Lodeiro will turn 32 next season and at some point he won’t be able to dominate games as much, Frei is also approaching his mid-30s, and there are always questions about Morris making a move to Europe. 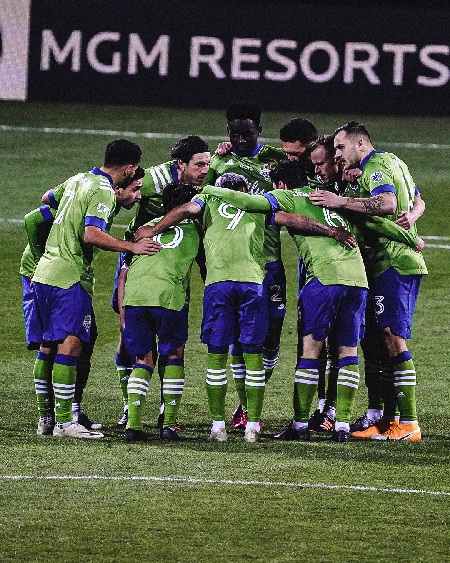 Seattle is always going to spend money and Garth Lagerwey is one of the most experienced and best general managers in the league – and that is key. As we see with Atlanta United, just being willing to spend money will not ensure that success continues. Lagerwey should have the team continue to be among the tops in a Western Conference that has many ambitious teams.