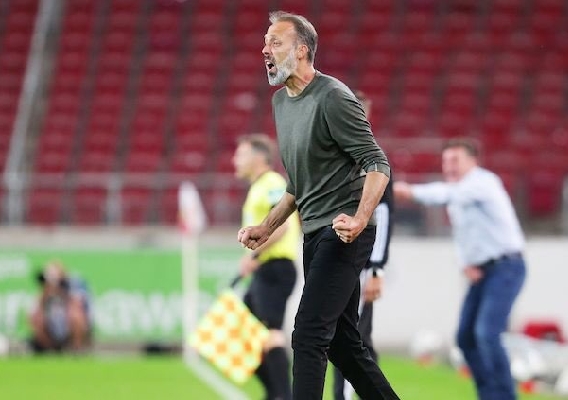 The soccer world is slowiy getting back to normal. The Bundesliga is back and other leagues are headed in that direction. With that, clubs are planning for next season and player movement and coaching changes are a hot topic. This week brought a lot of news in those areas and ASN's Brian Sciaretta breaks it all down
BY Brian Sciaretta Posted
May 29, 2020
6:05 AM

With that, here is the news.

A few weeks ago, MLS announced that its clubs were allowed to begin individual training sessions. Yesterday, the league revealed that small voluntary group training sessions would begin but added that clubs would be “required to maintain physical distancing between players and staff during small group sessions.”

The situation is still in flux but it is moving in the direction towards resuming play. The much talked about “Orlando Tournament” seems like it will happen as the league wants to have some sort of competition while also working with its broadcast partners.

ESPN’s Jeff Carlisle reported that the tournament will likely be in shorter duration that previously planned because the top concern of the players was being quarantined in Orlando for too long. There will be group stages (three to four games) followed by knockout rounds.

Alexi Lalas posed a big question, which I tried to answer.

I don't think games on side/practice fields will look appealing on TV. The situation stinks for everyone but playing in empty stadiums still gives it more an important feel than a practice field. That being said, longer travel is a bigger challenge in the USA than anywhere else https://t.co/9iGh5amroL

The Bundesliga return has been solid so far. It has made the best out of a bad situation. After a few games, you get used to no crowds and become focused on the field.

MLS would be wise to try and follow suit – post Orlando. It has the additional challenges of longer travel which make the need for neutral site games more real. Why travel far for games with no fans? A more regional approach needs to be adopted to ensure teams to travel far and maybe a “hub” city can host several games and then move to a different “hub” city. Rotation would allow some teams to play at home.

As for Orlando, it is fair to question how the games will play on television. Games in empty stadiums play better than games on practice fields. Maybe it will work for Orlando. But if the regular season resumes, empty stadiums would be much better.

Fair Lawn, New Jersey native Pellegrino Matarazzo had a huge day on Thursday. The day began with Stuttgart announcing that it had extended Matarazzo’s deal to be the club’s manager through 2022.

But the most important moment came later in the day. Stuttgart lost its first two games following the restart and, as a result, dropped from second place (automatic promotion) into third place (promotional playoff vs. 16th place Bundesliga finisher). On Thursday, Stuttgart hosted second place Hamburg SV – which was just one point ahead of Stuttgart.

After falling behind 2-0 at halftime, Stuttgart rallied for a 3-2 win with the winning goal coming deep into stoppage time. As a result, Stuttgart leapfrogged HSV into second place and is now back in line for promotion.

Marsch back into first?

Jesse Marsch’s first season as the manager of Red Bull Salzburg began in great form. He managed in the Champions League and his team played respectably – even if it didn’t advance. At the winter break, Salzburg was atop the table.

But the winter break saw the team sell three key players, including perhaps the game’s best teenager in Erling Halaand. Without these players, Salzburg struggled and fell into second place behind LASK.

On Thursday, the Austrian Bundesliga announced that it was punishing LASK for holding illegal team training sessions during the COVID-19 lockdown. It was alleged that the sessions involved full contact drills. The punishment was a monetary fine along with a 12-point reduction in the regular season point totals. This means that the team would lose six points from its current championship table.

LASK is appealing the decision but if it is upheld, Red Bull Salzburg will go from trailing LASK by three points, to three points clear of LASK atop the table.

Former U.S. national team forward David Wagner is in a tough spot right now as Schalke’s manager. His team is spiraling downward with seemingly no hope. It struggles to score goals and it gives up bad goals in big moments of the game.

Yes, the team doesn’t have much attacking talent and injuries are a problem but the team still has the talent to perform better. It has scored just three goals over the last 900 Bundesliga minutes and the last two have come from Weston Mckennie.

This week, Wagner was given a vote of confidence from the club – which sometimes can be misleading.

Wagner probably won’t be fired anytime soon, but he needs to have his team show some progress before the end of the season.

According to this report from Foot Mercato, Rennes are looking to unload American-born forward Jordan Siebatcheu due to his performances in Ligue 1 the past two seasons. In 2018, the club purchased Siebatcheu for north of €10 million after his stellar performances in Ligue 2 with Reims. Over the past two seasons, he has scored three goals in 1040 Ligue 1 minutes and 29 appearances. All three of those goals came in 2018/19.

It remains to be seen if Siebatcheu will be unloaded, or where he will end up but Rennes has not been a good fit so far.

Siebatcheu has played for France’s youth national teams before in friendlies but told ASN this year that he would be open to a U.S. national team call-up. To get to that point, however, he will need to start scoring.

Wright on the move

The news is also not good for American forward Haji Wright. After leaving Schalke last season, Wright, 22, signed for VVV in the Eredivisie on a one-year deal with a club option for a second year. After failing to score or notch an assist in 22 appearances, VVV will not exercise its option on Wright.

Not surprisingly, Haji Wright is looking for work as he is out at VVV https://t.co/BfVZgOGAJh

It was a brutal season for Wright and it remains to be seen where he will end up next or if MLS clubs would be willing to take a chance.

South Carolina native Jonathan Amon, 21, has missed a lot of time with Nordsjaelland due to injuries and he is still yet to reach 2000 first team league minutes as a result. His first professional season he played 566 minutes in the Danish Superliga, in 2018/19 he played 1306, but this past season he was limited to just 38 minutes for Nordsjalland.

He was slated to come back for the Superliga’s restart next week but will now miss the remainder of the season due to surgery to repair his meniscus.

Amon has been capped twice by the U.S. national team and has shown a lot of talent when healthy. 2020/21 is shaping up to be an important test as to staying on the field. There is a need for him to have a 2000+ minute season.

Otasowie and a Premier League debut?

This past year we saw several young American players make their debuts in top leagues. Gio Reyna, 17, has played regularly for Borussia Dortmund since his debut in 2020. U.S. U-20 attacking midfielder Indiana Vassilev made his Aston Villa debut in 2020 as the club struggled with injuries in a relegation fight.

Vassilev’s debut came at a time when Americans have been declining in the Premier League over the past decade. But who will be the next American to play in England’s top flight?

My bet is on Owen Otasowie at Wolves. The U.S. U-20 midfielder/defender has made the bench for Wolves in Premier League games and played once in a Europa league game against Besiktas when nothing is on the line. But will he make his Premier League debut this season following the restart on June 17.

Otasowie is very talented player but it remains to be seen if he will settle in at central defense or in defensive midfield. Either way, regular minutes might not be immediately around the corner but a debut seems likely.